What I'm reading this week: In The Woods by Tana French.


Getting published is an emotional boxing match, you versus Goliath. Unless you got an enchanted sling and rock in your backpack, expect a long, bruising battle. You pour yourself into your work, and it's so easy for an agent to say no. Once upon a time, they had to take minutes to scrawl a negative missive on your letter and stuff it into an SASE. Now with the magic of the Internet, rejection takes seconds. David Cameron performed an experiment to demonstrate how myopic the process can be. He copied a short story published in The New Yorker, thinking here is a work that had been vetted by the top pooch in the dog pile of American short fiction, and so it must easily pass any literary smell test. But no. Every magazine he submitted the story to, rejected it. Including The New Yorker. What did Cameron prove? That the system was unfair? Waa, waa! Like that's a surprise. 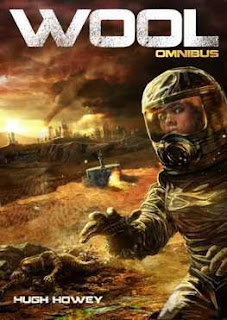 For the past couple of weeks, millions of computer bytes have been chewed up regarding Hugh Howey, the success of his novel Wool, and what that means in the publishing world. Many have hyper-ventilated in their claims that Howey's experience with Kindle was a game changer for writers. Namely that us hacks no longer needed the blessing of the New York Six to make money from our work. We can all get rich self-publishing our ebooks. After all, Howey turned down seven-figure advances. But not so fast. What Howey proved was to demonstrate that old truism: If people can make money from you, they will come knocking. And, like Howey, you can turn down their deals if you got plenty of fuck you money in your pocket. Howey hadn't done anything that others haven't tried. Some with better success than others. (A few friends have managed to quit their day jobs; others have yet to sell more than a half-dozen copies.) Howey happened to have the alignment of the stars, some luck, and a damn good story well told. Have self-pubbed ebooks changed the market? Only by 25%. That means 75% of book sales are still in traditional paper form.

Though we've pimped them before, to keep the pump primed of some deserving writers recently venturing into the self-pubbed ebook swamp, including our own Jeanne, please patronize these offerings. If you already have copies, then please post a review and hustle the books to your friends. 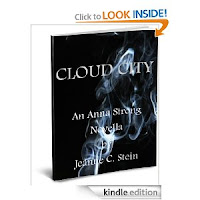 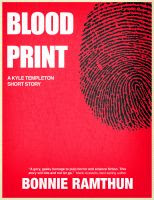 Comments:
On the Cameron piece, I've heard this done before. I see what the point of his "logical argument" is, but however tongue-in-cheek the "scientific reproduction," I've heard this done before, and the result is always the same. If the object of these experiments weren't something so heavily and thoroughly weighted on the "subjective" or "variable" side of the equation, I could see a different outcome, but writing being what it is (i.e., so MANY variables...), I'll never expect to see a different outcome, short of a statistical probability. Fact is, was not Cameron's main thrust more of an emotional investigation? To emotionally satisfy not just us, but himself into thinking there was some "objective reality" to this whole publishing business, when, in reality, there really is not? It's all subjective. Just for example--purely for argument--when I first wrote my early stories, I thought them great. If not the idea, the writing. But, years later, going back over these unsold beauties, I did find that some did, truly, stink, for one reason or the other. That's not to say that the New Yorker piece stinks, but that "liking" or "accepting" something is highly relative, highly subjective, highly VARIABLE, for any reason. Tastes change, attitudes and states-of-mind change. And who's to say that using the original title would have worked? Did his fictitiously created author ID, etc., have the same gravitas? The the accepting and rejecting editors have the same brand of breakfast cereal and coffee that morning? Get a kiss on the cheek from their significant others on the way to work? Receive a smile from a stranger on the was into the building? Have the same beat of butterfly wings on the other side of the globe? There are just so many variables! And did those editors even read past the first line of the query letter, true! While amusing and continuing to "expose" what we all know about the publishing world, these sorts of "experiments" are, IMHO, exercises in futility (or "The Wreck of the Titan")....

Frank: I must've touched a nerve. Thanks for the enthusiastic response.

Being a writer isn't for the faint of heart, that's for sure. Keep Calm and Write On....

At my day job, I noticed a huge shift in attitude towards my novel once I had published paperback copies in my hands. Their mindset shifted to "Oh, you really DO have a book out!" The general public is still biased toward published paper books as being "vetted" for quality, even though there are tons of excellent self-published e-books and loads of sub-par printed books (Snooki hardcovers, anyone?). The bias isn't always fair, but neither is life.