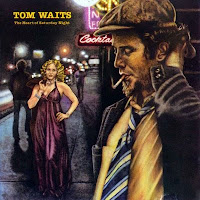 One thing we writers strive to create in our stories is mood, especially in noir fiction. I like the murky ambiance surrounding sketchy characters with dubious motives. Musicians also like to create mood and if there is one singer who can conjure the type of shadowed emotions that I like to color my stories with, it would have to be Tom Waits. Listen to his songs and you can almost smell the discarded cigarettes, spilled beer, and desperation.

Another crooner who also does a great job striking the moody chord is Kathy Kosins.

When I listen to her croon "Don't Wait Up For Me" I want to lie back at night and ease my regrets with a glass of scotch (the plume from a lit cigarette catching the intermittent glow of a neon sign down the street would complete the romantic image but I don't smoke). 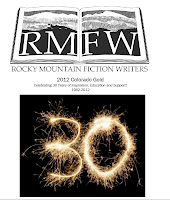 If you write, then you can't help but deal with bouts of melancholia, and when that happens, there is a remedy for you. Next week is Colorado Gold, the annual writers conference of the Rocky Mountain Fiction Writers, and catch Jeanne Stein, Warren Hammond, and me presenting the workshop, How to Keep Writing While the World is Kicking Your Ass. Believe me, all three of us have mighty big bruises on our trim little butts and yet we keep on writing.

The following week I'll be a guest at the ComiKaze-Comic, Anime, Gaming, Sci-Fi, Fanatsy and Horror Expo at the Los Angeles Convention Center. Judging from the line-up, I seem to be a token novelist. (A book? Not a graphic novel? There are no pictures. Is it like a screenplay? What's with all the extra words?) The con will be packed with guest artists, graphic novel writers, screenwriters, animators, all schmoozing under the benevolent eye of the comic god hisself, Stan Lee. Zomie! Bam! Pow!

Still not impressed? Then check out this partial list of Featured Guests:

Thanks Frank. I aims to be cool.

Looking forward to seeing you at the Gold. Holy crap, Linda Blair? Would you please ask her to spin her head around for me?

Julie: Will do. Maybe even ask her to do the Bat-tusi with Adam West.

Here are the songs that I and everyone in the world love and install the most:

I think you'll like it. Please leave a comment for me to improve the best music. Free music for everyone in the world. If you do not like the songs above. You can refer to many other music genres here: https://ringtonedownload.in/

Share my collection for everyone to get the best ringtone. Thank you!

Music is my passion. I love music. I often collect the best songs to make ringtones. You can see my collection here: https://ring320kbps.com/

I am a fragile piece of glass, the songs in the mood make me cry

Great article. Thank you for sharing. You can download ringtones for free at https://suonerietelefono.net/