There is supposed to be a video here and I have no idea why it's not showing up...a blogger mystery!


Monday was National Clean Off Your Desk Week. So, how's your work space? Send us a picture (before and after if you'd like) and let's see who has the messiest desk and whose cleaned up best. 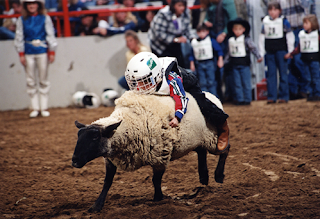 Denver's holiday season extends well in January with The National Western Stock Show. The mutton-bustin event where little kids try their luck on little sheep is a favorite of everybody. I think even the sheep have fun with his one!
# # # #

Let's see--by now most of you have heard who has been cast as Lee Child's Jack Reacher in the upcoming movie. In case you haven't, follow this link to an article in the WSJ and tell us what you think. All I can say is...huh?????
# # # # 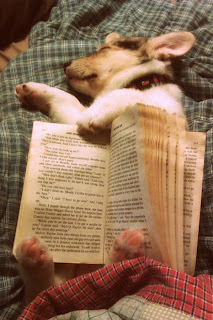 Ah, a puppy bookmark. Isn't he cute?
From Buzzfeed

From Flavorwire : 25 Greatest Epigraph's in Literature

The epigraph is a funny literary convention: excerpting lines of someone else’s work — or quotes, adages, lines of verse, lyrics, snippets of conversation, etc — to put before your own...They may seem a trivial part of the work they come attached to, but we think, if done properly, they can be very illuminating.
Here are my favorites:

Lawyers, I suppose, were children once. — Charles Lamb
(from To Kill a Mockingbird by Harper Lee)

Behind every great fortune there is a crime. — Balzac
(from The Godfather by Mario Puzo)

Have you ever used an epigraph in your writing? Want to share?
# # # #

What happens in a book store at night?
(I seem to have lost the credit for this one. I apologize.) 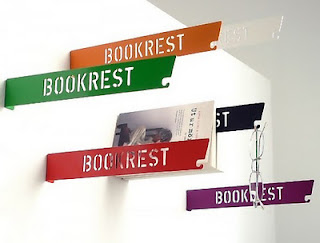 Let's finish off with one of my favorite funny men, author Mark Henry , the founding father of The League of Reluctant Adults. Here he expounds on his Goals for the Apocalypse.

Note to self: ask first if he grew them himself before eating vegetables at Mark's house.
On another note, here's the other Mark Henry... can hardly tell them apart. 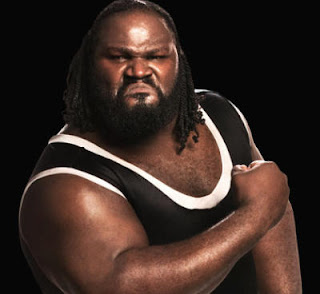 Photo credit: World Wrestling Entertainment, Inc.
# # # #
And speaking of the League, two members have new books out you should check out:

Sins of the Demon by Diana Rowland
And

That's it for me this week. How's your January going so far? Let me know what's up.

I'd break the poor little mutton's back!!!

Seriously, this is the best they could come up with?

I've said it before, I'll say it again: The worst part about Tom Cruise as Reacher, even beyond the physical description, is he is too old for the character. Dude's 50. Reacher is mid 30s. TC may be attractive and well preserved, but if you saw Ghost Protocol you saw crow's feet so deep they wouldn't even be found on a meth head in his 30s. It might work for one movie, but a franchise? Ten years worth of sequels? Not a chance. Not unless LC writes a Reacher in the Wheelchair series.

Gina and Catfriend-- I agree. My hubby says TC looks like a middle aged kid. And even the scruffy hair in Ghost couldn't hide the fact that he just doesn't look young anymore. That doesn't bother me so much as the other physical disparities, though. Isn't TC about 5'6"? We all know this casting was all about the box office.

You know who'd made a good Reacher? Your boy SPIKE

Everything I know about mutton-bustin, I learned from The Cleveland Show ;-)

The tot mutton busted back in August. It was *hysterical*. :)

Hi Tez--so they have mutton bustin' down under, too?

Oh, how I wish I could have seen it, Suzanne. Any pics?

...Maybe. Let me look. We just moved and I can barely find my shoes, lol.