Wednesday, November 16, 2011
Sniff-sniff-hack-hack Have a terrible cold so my brain is too fuzzy to be very coherent. You can tell I'm sick because I missed not only critique Tuesday night but dinner with pal Cherie Priest who is in town for a signing. I hate colds. 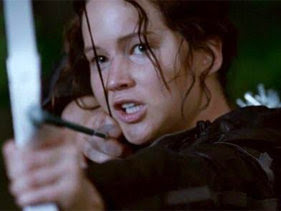 
And an article from MTV.com with more teasers from the film.

BookBrowse.com recently completed its biennial survey of 3,400 readers, including members (20%), newsletter subscribers (60%) and "organic visitors" (20%). Respondents were predominantly female, most over 35 years old and with above average education (75% have a bachelors degree, 40% have a masters or higher). Some highlights from the survey:

Respondents split equally between those who read e-books at least sometimes, and those who rarely or never do. Over two-thirds still read print frequently.

About half of those who read electronically own a Kindle. Tablets are the next most popular, followed by the Nook.

Frequency of visits to bookstores online, and libraries both online and in person, remains unchanged versus 2009; but the percentage saying they visit a store in person less than once a month has risen 5% to 24% since 2007.

Talking About Books
67% recommend three or more books each month.

More than 30% write reviews or blog, most for fun, some for a living.

8% are librarians or booksellers (and a further 8% volunteer in the library).

Two-thirds of book clubs plan their reading 2-3 months in advance or less.

Overall, book clubs skew towards newer fiction but most read a wide range.

Two-thirds wait for a less expensive format to become available.

85% say they read books by local authors at least occasionally.

Very few book clubs feel they must have a reading guide, but most appreciate them.

Even though two-thirds use social networking, only 25% use it to keep up with websites. E-mail remains the preferred vehicle to stay in touch.

---
So as writers, what should we take from this? It's a very small sampling but it looks like people are still reading paper books though at least half read e-books at least occasionally. The percentage of those who visit a bookstore in person less than once a month rose to 24%. That does not bode well for brick and mortar stores. People talk about the books they read, recommending them to others or participating in book clubs which often wait to read a book until a less expensive format is made available. 95% of 18-34 year olds regularly use social networking sites. Facebook dominates.

Everybody ready for Thanksgiving? We'll be out gorging ourselves like everyone else next week so no Biting Edge on Thursday. May you and yours have a wonderful holiday. And may you steer clear of the damned cold germ...  ¶ posted by Jeanne Stein @ 3:04 PM

Comments:
{HUGS} and I hope you feel better soon.

I am really looking forward to Hunger Games. I listened to the first two of the trilogy and highly enjoyed the first more than the second. From the trailer, it looks a lot like I imagined in my cranium as I listened.

Thanksgiving will be quiet. We've invited peeps, but looks like no takers. That's fine with me. I am on mids starting Weds night, so I'd be asleep for most of the day. I promised J I'd get home as soon as I could, sleep and then get up to do my part (which is mashed potatoes and rolls).

I am in the 27% of those who buy at least 6 books or more a month. Some are for me, okay, most are for me, others are for Dad and my sister or Lady K. I have a Nook now thanks to J's sister sending it to him for his birthday, but he's not as big a reader as I, so he gave it to me and Lady K to share. It's not a color Nook, so Lady K is not as enthralled. *grin*

Thanks, Vickie--I'm still under the weather but hopefully, by TG, I'll be well. I'd better be!

Good luck on your midterms!!!