Just got in from Bubonicon 43. Had an awesome time with the usual libations (courtesy of the Starfleet USS Anasazi), the bawdy guests, and generally outrageous behavior. Ahem... 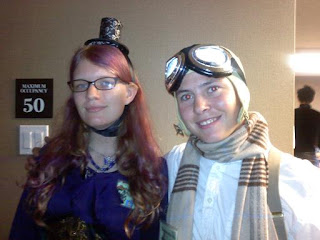 The con theme was Steampunk, and I moderated the panel: Steampunk Definitions: More than Victorian Clothing. We discussed the growing popularity of Steampunk, especially considering that not long ago, quite a few in the publishing industry were convinced the subgenre was a short-lived gimmick. Of course steampunk hasn't faded, but flourishes. The panel batted around ideas about why the genre endures and one that caught hold was steampunk fills the Wow! void since science fiction has lost much of its sense of wonder and amazement. I mean, we are in the 21st century and what happened to the promise of intergalactic travel, anti-gravity boots, and flying cars? 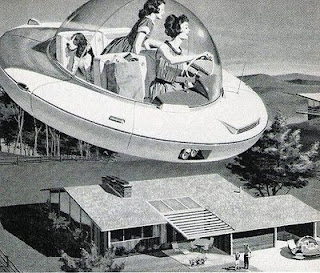 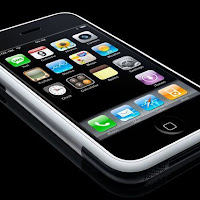 Star Trek may have had warp drive and teleportation but the audience's gee-whiz factor has been hijacked by the iPhone. In this respect, we've outpaced the future. And consider, the US no longer has a manned space program and our astronauts will have to bum rides into orbit from the Russians.

So readers and writers have turned back the calendar and extrapolated the cool What Ifs? of the past. Airships, check. Steam-powered cars and robots, check. Clockwork what-have-youze, check. 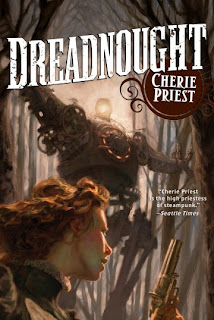 Comments:
Recapturing the WOW makes sense. Having long had the ability to explore everything from nanotech to worm holes, we do seem to run out of new exciting SF ideas, even though some are even more relevant today than when written. DUNE comes to mind.

And now I'm getting insulted by the Word Verification I'm asked for here: FLATSITA... was that your idea Mario?!

I feel like I took a 5 min. power nap on my laptop,woke up, and a million steampunk novels are staring back at me from amazon.com. I need to do some research. Where did this genre originate?

I would think the greaser 50s era would have been more exciting to create into a genre than prop planes and corsets. Just sayin'...

One of my favorite ANGEL episodes was when they went back to the 20's? I think it was the 20's...anyway - solving vampire crimes in the past that connect to the mystery in the present - SOO COOL!

Stick that in your spokes. Yes?

Greaser punk? The Alf cartoon series had that feel.

Good post, Mario. “The sense of WOW” is what’s needed. Yet UFO fiction is largely ignored and looked down upon. There’s room for “wow.” And as a kid I loved "The Wild, Wild West." Limited minds create limited worlds.

Mario,
It's always interesting how agents and editors say they're still looking for steampunk, even though there doesn't seem to have been a break-out novel in the genre. (Unlike, say, the Hunger Games for Dystopian YA.)
Good points on how it's fun to look back and be futuristic.
(My captcha is flamped, which I think should become a new insult. "Ooh, FLAMPED!")