Wednesday, July 27, 2011
What a week... I love ComicCon. It's sensory overload to the 100th power, but there's an energy generated by a crowd (mostly) intent on having fun. It's the best people watching in the world. It's visiting with my editor (Jessica Wade) and publicist (Rosanne Romanello) and all the great Penguin people. It's breakfast with the Buffybuds and Sam Sommersby and Maryelizabeth Hart and Jeff Mariotte. It's seeing authors I admire like Rachel Caine and Kim Harrison and Carrie Vaughn. It's speaking with readers like the lovely Nikki Gillison who I met in person for the first time (she and her partner LaRay, did the Anna Strong photo tour). It's spending three days with my sis and doing nothing but watching movies and eating good Mexican food. It's spending time with my best bud, Ron Jessee and his partner, Louis Perez. It's being invited to my cousin's talented and gracious critique group and being honored by their willingness to share their work with me. It's walking up to Balboa Park with my hubby in the early morning and remembering why thinking of San Diego still makes us homesick.

Ah, but now it's back to reality...and work!

Well, I'm on twitter. My "handle" is JeanneCStein. Very original, huh? Don't know how much time I'll actually tweet, but I joined for Wednesday's Hexed "chat" and that really was fun. I'll have to lurk for awhile and see how people use it. What about you? If you're on, let me know and I'll follow you. What do you talk about? How often a day do you post?


New John Carter trailer—movie coming next year. From i09 :

Andrew Stanton's adaptation of the Edgar Rice Burroughs novel, "rips you open with the sword of Martian awesomeness," io9 observed, adding: "It's chock full of swordplay, heroic destiny, cool-looking ships, and insane Martian vistas. Can we wait? We cannot."
Me, either! I imagine all the ERB fan boys in our critique group are counting the days, right, Mario, Warren, Aaron?

This is kind of cool...can you guess what it is carved from? 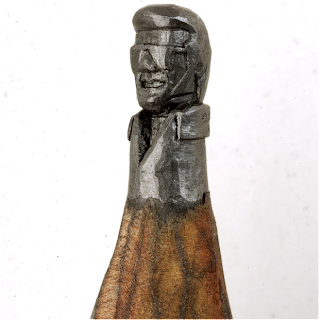 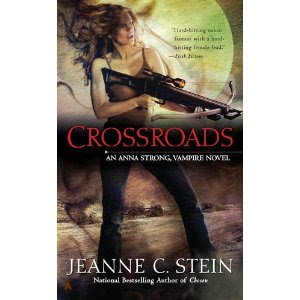 Sometimes I make myself nuts because I miss the most obvious things. If any of you have checked the product description on Amazon for Crossroads, this is what you read:
After the death of Anna's old vampire mentor causes ripples in the mortal world, Anna needs to lie low. But when Max-an FBI agent and Anna's former flame-comes to her with reports that bodies are showing up on the Mexican border drained of blood, Anna has no choice but to get involved, both with the case and with the man who broke her heart.
What the...??? First, Max is a DEA agent, not an FBI agent. Second, this segment was one episode and really had nothing to do with the main plot of the book. Third, the man who broke Anna's heart? Please...

Both my editor and publicist are working on getting it corrected. It should read something like this:

As a bounty hunter, Anna Strong knew how to find trouble. But now that she’s a vampire, trouble seems to have a knack for finding her…

The death of Anna’s old vampire nemesis is causing ripples in the mortal world. His forensic report has brought up some anomalies and people are asking questions—questions that no vampire wants to answer.

Anna needs to lie low, but the sudden discovery of a slew of drained bodies near the Mexican border brings an old flame back into her life and with him, a new challenge.

Then, some stunning news from an unexpected source sends Anna and her friend Daniel Frey on a journey that may change both their lives—forever.

Doesn't that sound more like an Anna Strong story?

you did the chat go yesterday? I pop in an out of twitter while at work. I tweet about food and writing and editing and funny things Missy says and how I need a nap and links to various sundry things from stuff I blog about to pictures of Missy's bento lunches.

I'm excited about John Carter...Frazetta's Fire and Ice is being into a movie too.

We're getting ready to go on vacation...to the rodeo, so Missy can ride a sheep. 'Cause that's how we roll...

Have a great weekend!

the rodeo sounds like fun!!! I'm sure you'll take pics of the mutton bustin' but I have to ask, what's a bento lunch????

PS the chat went well-- it was supposed to be 30 minutes but we stayed on for an hour.

Bento lunches are these elaborate kid's lunches done in the style of a japanese bento box. They're often shaped like cartoon characters, animals, etc. Mine are pretty simple on the bento scale, but Missy loves them. Here's one I did not too long ago: http://runswithbustles.tumblr.com/post/7651336347/bunny-sandwich-bento

I should make her an "Anna The Vampire" one when she goes back to school. I'm sure the nuns would love that, lol.

OMG--that is so cool!! You are the cleverest mom on the planet!

I noticed that description. I was a but "uhhhhhh....." Good luck on getting it sorted.