The big news rattling around last week in these parts of the Internet was this piece of pseudo-science from Fox News. Seems our own Jeanne was singled out in this bit of invented controversy of how YA books are surprisingly X-Rated. Which raised eyebrows around here as:

1) Jeanne's Anna Strong series is not YA

2) while Jeanne doesn't shy away from sex (or her character Anna, for that matter), you'll find more explicit sex in the Bible. 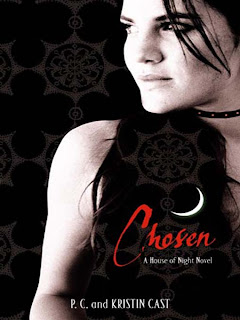 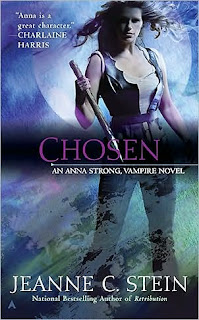 Well, it turns out the study researcher, Sarah Coyne, isn't much on research as she confused Jeanne's book Chosen for PC Cast's Chosen. Let's see, different authors, different publishers, different covers...an easy mistake to make if you're a lazy academic and more interested in pulling things out of your ass than providing the truth. Coyne could've contacted Jeanne, but that would've involved doing actual research and adhering to professional standards. 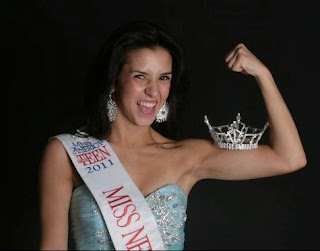 This last weekend I attended a family reunion in New Mexico and learned that my niece Nicolette Young (actually the daughter of my cousin Ana) was selected as Miss New Mexico's Outstanding Teen. Boo-ya! She was awarded a magnificent sash--and not merely a tiara--but an awesome crown. (So awesome, I'd wear it!) Next stop, Florida, for the Miss USA Outstanding Teen competition. Go Nicolette! 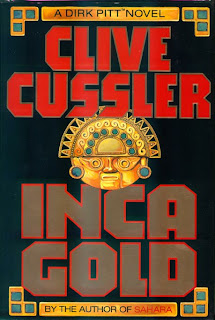 This week's book.
Inca Gold by Clive Cussler.
It's an eleven-hour drive from Denver to Las Cruces, NM. Coping with that dreadfully boring trip has led to the family tradition of listening to audio books. We've learned after several hit-and-misses with other writers that nobody spins a yarn like Cussler. It would be easy to dismiss this offering as yet another formulaic read, but Cussler is a master at delivering a set-piece pot boiler that grows increasingly intricate and engrossing by the minute. We cheer when Dirk Pitt shows up, one of the literary world's most enduring bad-asses. If you want heroes and villains, high adventure, and a damn good story, then Inca Gold shines like a treasure.

Comments:
This comment has been removed by the author.

As a side note, congrats to your niece, Mario. That is a major success on her part and I'm sure she more than deserved it :)

I noticed that the Anna Chronicles series had been changed in the original article, but remains in its original form on the Fox Website. I've just about had it with Fox and their articles about the corruption of youth by media. First video games, and now this. I'm sorry that you had to deal with that Jeanne.

Awesome! Fox News gives Jeanne Stein an unintended free promotion and your niece is not only beautiful and accomplished but has the best tiara display I've ever seen.

I like audio books on long drives too, but that Clive Cussler can scare you. Once I was listening to a Clive Cussler book and when it was time to change the tape I realized I had no idea where I was. I was on a highway and it was the middle of the night, and that's all I knew. That's an engrossing book eh?

Congratulations to Nicolette and sending out the vibes!

I listen to audiobooks as a matter of course for my work commute of 50 miles roundtrip and my annual 'Spa Week' family reunion to Ottawa Kansas each June. That's about 11 hours of excellent listening time. I subscribe to Recorded Books. I don't know why I haven't thought to listen to the adventures of Dirk and the gang. I'd get to picture Matthew McConaughey as Dirk as I listened...I know I know...shallow I may be....I also picture Steve Zahn as Al since my tastes are quirky...

One audiobook I could recommend, LIFE - Keith Richards as narrated by Johnny Depp, Joe Hurley, and Keith Richards with a wee bit of Tom Waits.
I kind of thought Keith would have an interesting life and I was right. He's funny, honest as much as he can remember.

Publicity! Publicity! I hope it sells butt-loads of more books for you, Jeanne!

Thanks all for your comments. And again, thanks Fox News for the free pimpage.

Oh, wow, it's shocking that a journalist for Fox could be so dense. I almost hope she gets fired, or at least disciplined for being a dumbass.

Great news about your niece!

Audio books have saved my brain on long drives more times than i can remember. I listened to several Harry Potter audio books on my drive from Colorado to Oregon. Inca Gold sounds like a winner. I'll be looking for it. :)

If it's true that no publicity is bad publicity, getting your name on Fox News could be a winner, especially if we spread the word about the error.

But oopsie, guys. Sarah Coyne is not a Fox journalist. She's a researcher at Brigham Young University, and Fox was merely reporting on her study. It's a good lesson for Fox, though, not to trust anybody, even someone with academic credentials, to get their information right.

Thanks all for your comments. We never said Sarah Coyne was a Fox journalist. She supplied the slanted info Fox wanted regardless of its veracity.

I know you want to focus on Fox here, but it seems to me we're missing an even bigger issue than media distortions and lies which, unfortunately, we get from more than one news outlet.

There's no way any network or cable news channel can vet every single piece of information on which they report. They (and we) tend to trust certain sources, especially when they're labeled researchers (or doctors or scientists or economists) who have published in credible journals. It's a sad state of affairs when we can't trust anyone to tell us the truth, isn't it?

This is yet another example, in a long series of fubars from Faux News, of how they don't bother to cover even the most basic protocols of spreading 'information' and 'analysis.' I hope this one shows up on Jon Stewart, who is so much more trustworthy as a news source.
Your niece's winning photo rocks.

Wow, Fox News really screwed up. I've had ex-boyfriends put that kind of half-hearted attempts into our relationship. Not surprisingly, they didn't work out.

Your niece is beautiful, by the way.