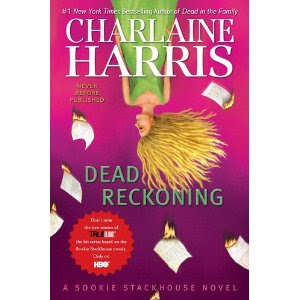 Spent an hour yesterday afternoon with my pal and favorite author, Charlaine Harris. She was here for a signing at Tattered Cover, one stop on her multi-city signing tour. She managed to squeeze in a few minutes with me before heading off to meet her fans. While I was there, Charlaine received the call from her editor, Ginjer Buchanan. Dead Reckoning debuted #1 on the New York Times Bestseller list! That makes how many #1's now? Congratulations, my friend.

Everyday the cast for Hunger Games gets bigger: 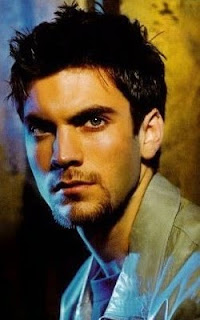 Lionsgate and director Gary Ross have set Wes Bentley to play Seneca Crane in The Hunger Games, the film that stars Jennifer Lawrence, Josh Hutcherson and Liam Hemsworth. Crane is the head gamesmaker of the 74th Hunger Games, which pits teens from 12 districts in a televised battle to the death. This is the first of several adult roles that will be cast. Rumored participants include John C. Reilly, as District 12's only living past winner and current drunk Haymitch, but Lionsgate labeled that absolutely false when it came up a couple weeks ago, and nobody lies to Deadline, right? The pic will be released March 23,

Woody Harrelson has landed the latest co-starring role in Lionsgate's The Hunger Games, the adaptation of the Suzanne Collins novel that will be released March 23, 2012. He will play Haymitch Abernathy, the mentor of the lead character Katniss Everdeen (Jennifer Lawrence), who Abernathy trains to fight in a televised battle to the death among teen teams. Wes Bentley and Stanley Tucci are among the adults already cast. 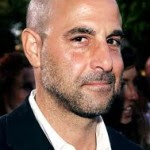 Stanley Tucci will play TV host Caesar Flickerman in The Hunger Games, the Gary Ross-directed adaptation of the Suzanne Collins's novel, according to Deadline.com, which also reported that Woody Harrelson has landed the role of Haymitch Abernathy, the mentor of Katniss Everdeen (Jennifer Lawrence).

# # # #
Okay, how many Mario Puzo fans out there? Something to look forward to from Shelf Awareness via Jacket Copy

The Family Corleone, an "all-new prequel" to the late Mario Puzo's bestseller The Godfather, will be published by Grand Central in June 2012. Jacket Copy reported that the task of bringing the story, based on an unproduced screenplay written by Puzo, to life was given to author Ed Falco, who "grew up Catholic in Brooklyn; his writing has dealt with violence; the Virginia Tech shooter, who killed 32 people in 2007, was one of his students. And on the more frivolous side, he is the uncle of actress Edie Falco, who starred in the modern-day mafia hit The Sopranos." Falco's previous work includes novels St. John of the Five Boroughs, Wolf Point and a story collection, Sabbath Night in the Church of the Piranha--all from Unbridled Books--as well as and his most recent book, Burning Man: Stories (SMU Press).

I'm always on the lookout for good Sherlock Holmes stories, too. Here's a new YA that sounds promising: 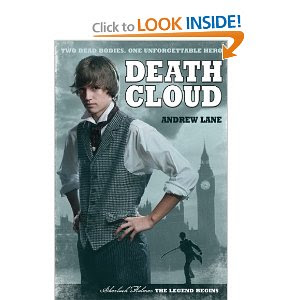 Death Cloud: Sherlock Holmes--The Legend Begins by Andrew Lane (Farrar, Straus & Giroux Books for Young Readers, $16.99, 9780374387679). "Sherlock Holmes is 14 years old and expecting his father to pick him up from school to go home for summer break. Instead, his brother Mycroft shows up, not to take him home, but rather to take him to stay with an aunt and uncle he has never met. Disappointment turns to adventure, danger, and intrigue. This is a wonderful introduction to a beloved character. We'll all be looking for more of this series!"--Christine Crawford, Epilog Books, Quincy, Calif.

A reminder for Denverites--this is the last week to get in on reduced rates for this month's RMFW May program.

Revising Fiction: Making Sense of the Madness, a one-day workshop

Rocky Mountain Fiction Writers is sponsoring a one-day workshop featuring Kirt Hickman, author of Revising Fiction: Making Sense of the Madness. The workshop will be held at the Renaissance Hotel on May 21st. Colorado authors Carol Berg, Jeanne Stein and Betsy Dornbusch will be on-hand to answer writing-related questions or critique the first two pages of your manuscript. For more information please see Rocky Mountain Fiction Writers’ website at rmfw.org or contact Vicki Law at (970) 497-6452. Price includes continental breakfast and buffet lunch.

After a very dry winter here on the lowlands, Mother Nature is making up for lost time. Two straight days and nights of rain/snow/slush. I have a bird feeding station in my back yard. This is the time of year when mother birds bring their babies and feed them from the perches on the feeder. Unfortunately, the feeding station also attracts squirrels. Now normally, I get really irritated at the squirrels. But for the first time this year, two mama squirrels and their babies have become constant visitors. It's really hard to get annoyed at cute, furry, funny, playful little squirrels!! Now I know they grow up to be big, troublesome squirrels. But for now, I am enjoying their antics. I've been trying to get pictures, but they won't let me get close enough. I'll keep trying.

PS Remind me of this post later when I start bitching about the bumper crop of squirrels I have to keep chasing away from my feeders!!!

Comments:
Oh boy! I know Tattered Cover was crazy busy with Charlaine there. I'm glad you two got to chat for a bit.

Hunger Games is going to be a good flick. The casting is going really well. I loved listening to the first two in the trilogy.

I have been on mids the last five nights and have highly enjoyed the rain for sleeping in the daytime. The garden is soaking up the moisture like crazy. Lady K and I have been going out worm hunting along the street. We take a jar with us and pick up earthworms from the gutters or sidewalks. You know, worms in distress since someone is likely to step on them or run over them. They get to go home with us and go in our veggie and flowering gardens and do good work.

I love the worm hunting!! I don't have a chance to do that--the robins are pretty good at finding distressed worms in my neighborhood.

Charlaine is such a lovely lady, I'm so glad you got a little time with her.

LOVE Stanley Tucci! What a great addition he'll be.

I love the idea of the YA Sherlock Holmes (I liked the old television series and the Young SH movie, too) ... but must the cover art look like Justin Bieber?!

Vickie ... brilliant idea on the worms. My garden could use them, too!

Hey Vicki-- we are overdue for lunch! I, too, am a Stanley Tucci fan. He's one of those actors that always makes his roles, even the small ones, memorable.

Looking forward to SH, too.

Charlaine is a wonderful lady. We always try to get together when we're in the same town. I just wish she could have been in Denver longer.

Ragarding the Corleone prequel: Yet another example of creative bankruptcy.

I lost a bunch of comments on my blog, too. I did read that they think they will have those back up by the end of the weekend.

The squirrels drive me crazy down here in the Springs, too! They've been raiding my compost bin all winter and spreading it all over the yard. Little buggers!

I'm enjoying keeping up with the casting for The Hunger Games. So far, it's looking pretty good. I hope it proves to be as good a movie as the book was!

Hey Shannon-- I've been hearing from other Bloggers about the problem, too. Wheh, I thought it might be personal!! :-)

I hope the movie lives up to the books, too!