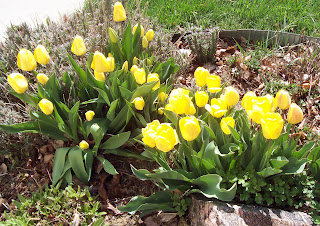 Have you seen this? Loved it!!!

Lionsgate has added two more actors to the cast of The Hunger Games, based on the novel by Suzanne Collins and directed by Gary Ross. Deadline.com reported that Josh Hutcherson (The Kids Are All Right) will play Peeta Mellark, the baker's son, and Liam Hemsworth (The Last Song) is set to play Gale Hawthorn. They join a cast that already includes Jennifer Lawrence as Katniss Everdeen. The movie, which is expected to be part of a trilogy, is scheduled to be released March 23, 2012.

Any Hunger Games fans out there? What do you think of the casting?

Well, we knew it was bound to happen. From the New York Times :

Would You Sign My Kindle? By STEPHANIE ROSENBLOOM Published: April 13, 2011
Mr. Waters is in the vanguard. At the BookExpo America in New York in May, he and Robert Barrett, an information technology executive, plan to debut Autography. Here’s how an Autography eBook “signing” will work: a reader poses with the author for a photograph, which can be taken with an iPad camera or an external camera. The image immediately appears on the author’s iPad (if it’s shot with an external camera, it’s sent to the iPad via Bluetooth). Then the author uses a stylus to scrawl a digital message below the photo. When finished, the author taps a button on the iPad that sends the fan an e-mail with a link to the image, which can then be downloaded into the eBook.

Wish I'd thought of it.

From the archives of the LA Library via boingboing : 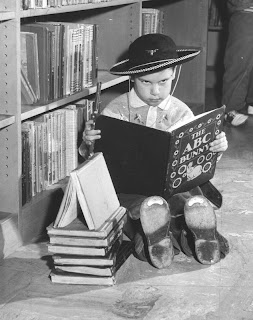 Circa 1960
I'm probably the only one old enough to remember when kids wore taps on the toe of their shoes...

Doctor Who star Elisabeth Sladen, who was also in spin-off series The Sarah Jane Adventures, has died aged 63.

Sladen appeared as Doctor Who assistant Sarah Jane Smith in the BBC television sci-fi series between 1973 and 1976, opposite Jon Pertwee and Tom Baker.

The Liverpool-born actress appeared in four series from 2007 of The Sarah Jane Adventures on children's channel CBBC.

Sladen had been battling cancer for some time and leaves actor husband Brian Miller and daughter Sadie.

# # # #
So, I think that's it from my little corner of the universe. Got the copy edits for Crossroads and sent them back. Now, I'm forging ahead with book eight. It's going to be a bit different, a lot darker. It's a tougher book to write than I thought it would be. Culebra figures prominently in this one and he's telling me his story as we go.
What's up with you?

Comments:
Ummm...what were the taps for?

See, I told you. They were to keep the toes from wearing out so fast...
God, I am SO old.

And I miss Mario and Jeanne! When is conference again???

Somebody want to explain to me why some pictures show up on Firefox and not all of them? On Safari I see the tulips, on Firefox, they're not there. WTF?

I see tulips on Firefox.

Jeanne promises to behave at conference. For once.

Wait a minute--I just pulled this up on Firefox and the pics were there...don't understand it. Gremlins. Or Mario. Are you messing with me?

Promise to behave at what conference? I would never promise such a thing.

Gorgeous tulips!
And I know I always wanted taps on
my shoes, but had to settle for loud patent leather ones...I liked pretending I could tap dance (I really couldn't...still can't)

funnyordie.com is one of my favorite sites, loved this clip!!!

I think the casting for Hunger Games flick is pretty spot on. I think I casted in my cranium somewhat similarly.

Okay, time to head up to bed...Easter Bunny has to make an appearance in a while.....

Is there a chocolate bunny in that Easter basket??? :-)

No chocolate bunny this year, EB was remiss....Lady K received a boatload of Squinkies, a pair of earrings, a big ol' fluffy bunny toy (now named Tate), two shirts, one skort, her eggs had some $$ and some chocolate eggs. Late night playing EB and honkin' early morning to accompany Lady K to see what EB brought....sigh....she and I went to see 'Rio' today. Everyone else was there to see 'Hop' so we had the theater almost to ourselves. Good movie, btw.

Chocolate EB or no, she did all right!!!

a) ignoring the chocolates my parents gave me for Easter

b) nursing an unfortunate spring flu (hence the chocolate avoidance)

c) reeling from just finishing watching the series finale of Buffy. I realized several weeks back that I could now watch it instantly on Netflix (didn't seem to be available before?) so I finally got to watch seasons 4-7.

My verdict? I prefer Buffy/Spike. I wish she'd gone all in for Spike in 7.

Hey Gina-- is it spring allergies getting you down? I understand.

I actually preferred Buffy/Spike myself. I just finished both series, alternating Buffy with Buffy/Angel when the spin-off started. I always go through a period of withdrawals when it's over.

Just what is it about those two series that touches us so?

no, it's the bonafide flu virusthat got me. Chills, fever the whole bit. Mild but still...

Re Spike, I think its that he's just so dang flawed and at the root of it all he just wants to be loved.

Angel is too perfect and untouchable -- he's already got the soul. He's got the chivalry complex. They can't ever have sex without catastrophe.

Spike, on the other hand, just goes full tilt towards whatever it is that is before him....he's a vampire, so he's the Big Bad...he's there to kill Buffy, so he pursues it...obsession turns to lust to love, so he goes off in search of a way to get a soul....having a soul allows him to be the one thing Buffy really needs, though at a price.

Do you think Angel would have done what Spike did? He would have stayed and fought, but would he have really paid the price Spike pays to finally be worthy of Buffy?

I've only made it to S2 of Angel. More watching ahead.

Lady K was thrilled that the Easter Bunny was in tune with her diggin' of them little critters.

You know, Vickie, I went on line and I'm still not sure what Squinkies are!! :-)

Gina said: Do you think Angel would have done what Spike did? He would have stayed and fought, but would he have really paid the price Spike pays to finally be worthy of Buffy?

I think in one episode Spike says, "you (Angel) had it easy. You had your soul thrust upon you" (or something to that effect).

No, I don't think Angel would have done what Spike did. He enjoyed being bad too much. Spike did too, of course, until he fell in love. Then he threw it all away to give Buffy "what she deserved." I love him!!!!

Angel already has his soul when he meets Buffy -- and when he loses it he just goes completely uber-evil. Then, when he gets it back, he has to leave, to remove himself from temptation. You could say Angel never chose to either get his soul, nor to lose it again, he's always reacting to his circumstances.

On the other hand, Spike has to do something much harder -- even though his self-control without a soul is largely dictated by having the chip forced on him, he still stays on the scene. The chip slows him down, recalls his former self to himself, enables him to fall in love.

Then, not having a soul, he chooses to go seek it (he could have left at any time to try getting the chip removed -- he doesn't, even when it's obvious nobody in Sunnydale can remove it). He chooses to fight arduously to get his soul.

When he gets it, he returns. Sure, he holes away in the school basement, but he returns. He offers to leave, but Buffy always wants him to stay, so he stays. This is Spike, if he really wanted to leave, he'd leave. He really wants to stay.

I think my favorite scene in the whole series is where Spike is in the church with Buffy, and drapes himself over the crucifix, ignoring the steaming flesh that causes. Sobbing "Can't I be loved now?"

Unrequited love is really Spike's whole theme -- he loved his mother, and he was a loser with the ladies as a human. On being freshly turned, his first thought was to lift his mother out of suffering (Angel's was to destroy). Angelus drives Drusilla mad -- Drusilla and Angelus teach Spike about how to be a vamp. He outvamps them, to get them to approve of him, but moreso out of deep reaction to how his mother responds when he turns her. We don't see that until very late in Spike's game.

So, yeah, even though Spike was the Big Bad for decades, somewhere in there, he kept a remnant of his humanity that Angelus never did. If he hadn't, it would have never been touchable by Buffy. Even though it took a chip in his head to get him to recognize it, it was there.

Spike ultimately had a weakness, allowed himself to be defined by the women around him, but was also the strongest because beneath it all he simply wanted love.

This is part of why I decided to not to teach when I graduated. The rest were ninth grade girls and Marcus Fernandez, sophomore, who said to me, "I'll break you legs, bitch, then where will you be?", and then went on to rape a middle school girl, steal a car, and murder a State Trooper in Idaho Springs.

Yikes, Thea! The worst thing that happened to me was a student who developed a crush. That was scary enough!