First, a shout out to my Colorado mystery-writer pal, Beth Groundwater, and her interview in the Miami Examiner. 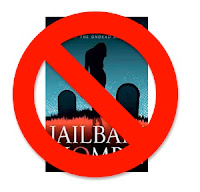 A fan recently contacted me to say that he had looked up my novel, Jailbait Zombie, in his local library. But when he went to check it out, the book was missing from their catalog system. Why? I called the library and hoped to hear that they had pulled my book from their shelves because of a patron’s complaint. In other words, I had been banned! Yes! Somebody considered my works, my ideas, such a public menace that they were taken away and buried.

Sadly, the truth was not so dramatic. Seems someone had stolen the book and the library had deleted it from the catalog until the replacement arrived.

Damn! I wanted to join that pantheon of writers so dangerous their works are banned. 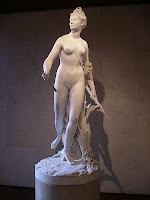 Can a book be that incendiary? Are there thoughts so provocative, that their mere discovery will cause to us to tear off our ideals and dance naked in the philosophical forest?

I recalled those books people told me I shouldn’t read because they would ruin my young mind. I remember the fuss over The Satanic Bible, and really, I thought I’d burst into flames when I cracked open a copy. Of course I didn’t. (It would’ve been a great story if I had.) Truthfully, I found the book disappointingly banal and preachy. Another time I brought home a copy of Eerie, and my father went livid with disgust, especially over that panel illustrating a thug getting his hand mangled by the villain’s bionic arm.

My dad wanted to shame me for wasting my money on this trash, when actually I thought that scene was pretty cool. A bone-crushing mechanical arm. Awesome!

Pornography was the subject of other taboo books. My friend Bobby Baca brought to school a copy of Justine by the Marquis de Sade. We’d pass the book around but I preferred novels from Greenleaf Classics because that prose was a lot more accessible to my 14yo brain. I guess my tastes then weren’t sophisticated enough to appreciate S&M.

Fast forward to adulthood. I discovered the one book that made me change my thinking about the world had nothing to do with the devil, or comic book mad scientists, or naked people doing naughty things to one another. The book that profoundly altered my perception of the way things are and the way they outta be, was Spiritual Marketing by Joe Vitale. 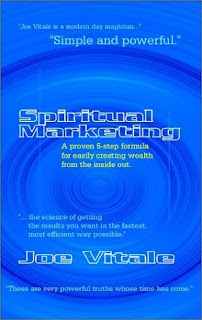 I had known Vitale from his previous works on effective copy writing. I don’t recall how I found the book, but remember how it rewired my brain about getting what I want from life. On the surface, it’s Vitale’s rags-to-riches story, but fundamentally, it’s about believing in your dreams. Which may surprise you as I’m not at all a touchy-feely person.

I was educated as an engineer and trained as a military officer. Basically, everything in life could be quantified as A + B = C. The numbers added up, or they didn’t. But I’ve learned those numbers are meaningless without a goal, and that goal is defined by your dreams. And those dreams are limited only by your imagination.

Sounds trite perhaps, but writing fiction is all about dialing up your imagination and flying into the unknown.

What fuels your imagination is what Martin Luther King once said: There is nothing so dangerous as relentless optimism. 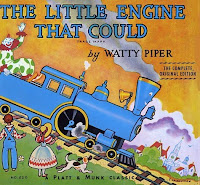 That’s what drives me as a working writer: relentless optimism. My A + B = C fell way short of the mark a long time ago and I am still here. Spiritual Marketing is about articulating your desires, focusing your energy toward them, but realizing that at one point, you must let go and allow the universe to manifest itself. Seems like a loco way to pursue your career but there is so much in this crazy writing business that is out of your control. As Bob Mayer noted, “If you’re a Type-A person, being a writer will cure you of that.”

Which is not to say that you sit on your ass, eat bonbons, and wait for destiny’s lottery ticket. Every published writer I know works damn hard. I try for 2000 words a day and that paints me as a lazy slacker compared to many. Weekends? What are those? Vacations? Many have been blessed with success. Others founder. We may stumble but we don’t give up. For one day, you’re in the doldrums, the next, you get a call from your agent that the manuscript you’ve been slaving at is up for auction.

I’m not claiming I’m anywhere close to the success I’ve dreamed of. But I’m still trying. So should you.

Comments:
Even when I have felt the most defeated and the biggest, ugliest loser in the world, I've kept writing. If I keep writing, on some level I believe I will be successful at it. That makes me an optimist, even though I never sound like one. Either that, or I'm crazy, and I'm not ruling that out.

Great Post, Mario! It's especially meaningful from someone who is male and from a very logical, "non-woo woo-background. There is a spiritual aspect to writing that can't be denied.

I think the universe is always putting opportunities out there for us, so we're rewarded by being aware enough to notice the opportunities and then working hard to take advantage of them and turn them into our success.

On the pessimistic side, I've been a working writer for 11 years now, and I'm still at least a triple-Type-A.

Shannon: I'm voting for crazy. Like the rest of us.
Mary: I'm as logical as I am immature.
Bonnie: triple-Type-A? Only? Slacker.

Thanks for sharing this. My partner is always shaking his finger at me for not going whole hog after my dream. "There is more to life than your job, Thea," he says. "You have a dream. Go for it."