Wednesday, January 26, 2011
New Year, New Hair, New Headshot I have lots of amusing (at least they were to me) videos to share this week-- but first. Mario's post about writing made me think about my own process. I've decided to attempt something new for me-- writing two books at once. The eighth in the Anna Strong series, Haunted, and a stand-alone mystery/thriller. So many of my author friends have two or three series going at once, I feel like a laggard. I'm using Sarah Domet's 90 Days to Your Novel, a Writers Digest book, as a template. I'm on week six. I brought my first plot outline to critique group last night for the mystery and the comments were generally good. (If I didn't get any negative feedback, I'd know they weren't paying attention.) Anyway, I'll post progress reports along the way.

Next, a couple of blatant self-promotion items. Had a new headshot done. I long ago decided I would never let an old headshot be used for my books. I've been shocked too many times by meeting an author I would have mistook for her mother because the picture on her books was at least thirty years old. So, here's the unveiling. 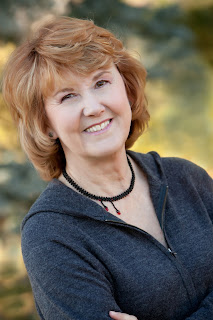 Men have it so easy. Mario can use his shot for as long as he wants. In the many years I've known him, his hair hasn't changed at all--well, except for maybe getting a little thinner and a lot grayer. But basically, he looks the same-- damn him.

So, would you buy a book from this woman? 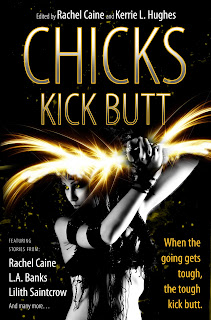 Just got this yesterday, the cover for the anthology Chicks Kick Butt in which I have a story, Superman. It's an Anna Strong story, actually a peek into the seventh book, Crossroads, as I adapted this story from a scene in that book. It's available for pre-order now from Amazon here .

All four anthologies I have contributed to come out in the next few months: 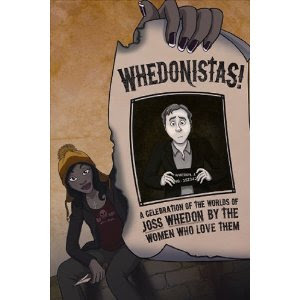 Along with Vampires: The Recent Undead 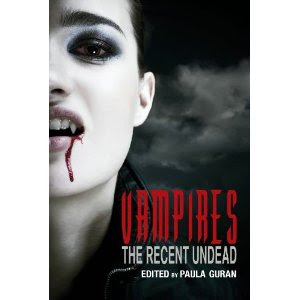 And in June, a novella in Hexed 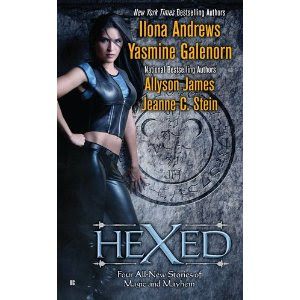 And the above mentioned Chicks Kick Butt...

One more bit of promo, though this time not for me...our League of Reluctant Adults pal Mark Henry is coming to Denver in honor of his Road Trip of the Living Dead's release in mass market paperback. As Mario put it, he will be reading from his book and generally being inappropriate. The fun begins at 7 PM on February 11 at the Broadway Book Mall. 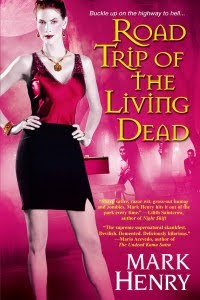 Okay, now onto the entertainment part of our blog-- (I know, you're sighing in relief. But I don't do this a lot, do I?) 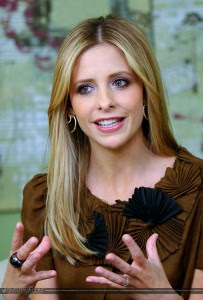 Just mentioned last week that our Buffy turned 30 on January 19th. Well, for once something good came on her birthday...well, more precisely for Sarah Michelle Gellar. Zapit reports:

CBS has ordered a pilot for a new show called Ringer, which is about "a troubled young lass on the run from the mob. She assumes the life of her wealthy twin sister, only to find out that said sibling has a bounty on her head as well". Gellar is set to play the troubled young lass and the sister as double-duty on the new show, according to Vulture.

The pilot was written by Eric Charmelo and Nicole Snyder, who have evidently worked as writers on Supernatural.

The last issue of Buffy, Season Eight hit the stands last week, too. Go here for a recap (and spoilers). If any of you are following it, what was your reaction to the big shocker?

Okay-- for your viewing pleasure, several nonsensical pieces I came across this week:

My Blackberry Isn't Working-- British humor at it's best

Heads down-- Perils of the MegaReader

Okay, have I entertained you enough for one week? What's going on in your world?

Comments:
I thought you were blond; now I don't know what to believe ;-)

P.S. Word verification is "panst". Would've been better if it were "pants ;-)

that's the problem, Tez-- I never know from one month to the next either!! Don't know where they come up with those verification words!

Love the head shot. Since I'm not crafty I sent the purse video to my kids so one of them will make me a book purse. I need that. I'm so glad you're finally getting in gear to write another series. You're such a slacker!

Jeanne, love the new do and headshot. You are hot, momma, just like your books! Give Mark a hug from me.

thank you, Shannon-- I needed that!

Debi-- I will certainly give Mark a hug. He is--how shall I put this--unique, no?

LOVE the new hair & head shot. Wow on all your new anthologies.

It's about time SMG did something new. People were beginning to talk about a Buffy movie again (and let's not talk about the bad idea of a remake of the dreadful first Buffy movie).

The purse is SUH-WEEET (as Alex would say).

Hey Vicki-- I agree about SMG. How long can she make slasher flics?

Looking forward to the standalone thriller, next Anna, and all of the cool anthologies coming up. Keep us full!

Would love to see Mark in all his glory, but I will be recovering from some ear carcinoma thingee surgery and taking Lady K to her school's roller skating party.

Ear surgery thingee? Are you okay?

J: Yep, I'm okay. Got a diagnosis for an owee on my left ear that it was a basal cell carcinoma..kind of common ailment for pasty white girls like me. I don't wear sunscreen on or in my ears and that's where it is, in the shell of my left ear....not to self...must wear brimmed hats when spending a lot of time in the sun.
Be a day at Anschutz while they keep taking some tissue until they get it all. I get to read a book while I wait. Silver lining, glass is half full kind of chickie.

Nice head shot. Reminds me I need to get cracking on mine. Sigh. My biggest delima--what to wear...any tips?

Can't wait to read all the new stuff. :)

Oh, I took the tot to a monster truck rally (her choice) we had a lot of fun, but she wanted to see some "real" monsters...