Any one else feel as disorganized as I do? I even lost my favorite pen...well, I didn't actually lose it. I know it's buried under the rubble on my dining room table. Wrapping paper, cards, gifts, lists...Speaking of which, every time I complete one thing, three more appear. I haven't done a lick of writing in a month. Not writing makes me antsy. I'm counting the days to Christmas for a completely different reason than most. Once the holiday is over, I can get back to a regular schedule!!

Speaking of the gift-giving season, one of our league pals, Mark Henry, has a new book out. Now this one isn't for the faint of heart on your list. It's his first Ellora's Cave book which means sex--plenty of it. You can check it out here . 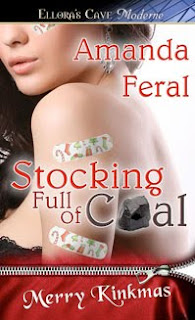 
I Am Number Four—although I hate mentioning the J.F. name (so I won’t), this looks pretty good though the themes sound familiar: “I won’t let anyone hurt you"- "I'll love you forever..." etc. etc.

And last but not least, From Shelf Awareness and Deadline.com :Cate Blanchett is returning as Galadriel in The Hobbit, which Peter Jackson directs in February. Jackson has also set Ken Stott (Charlie Wilson's War) to play Dwarf Lord Balin, Sylvester McCoy (Dr. Who) to play the wizard Radagast the Brown, and Swedish actor Mikael Persbrandt (Day and Night) to play shape-shifter Beorn. Ryan Gage (Outlaw) will play Drogo Baggins and Jed Brophy (who appeared in the original The Lord of the Rings) will play the dwarf Nori, and William Kircher will play the dwarf Bifur. 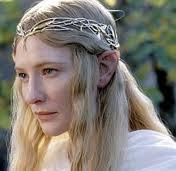 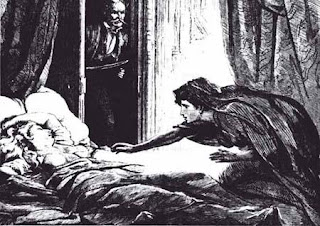 Nice article about well—five forgotten literary vampires. How many of the stories have you read?

From Shelf Awareness and Flavorwire :
Literary Smackdown: Chaucer vs. Shakespeare

And the word champion is... Flavorwire explored Vivian Cook's All in a Word (Melville House) and was particularly intrigued by the the wordy inventiveness of Chaucer and Shakespeare: "While Cook notes in both instances that the famed writers probably didn’t invent the words listed, as much as make the first recorded use of the language around them, it’s interesting to see who’s responsible for what."

Okay, I'm out for this week. Hope you're all enjoying the season and are better prepared than I seem to be.

Comments:
Should anyone be interested I helped make a vampire movie after college and I have it posted at

It is obviously low budget but it's stupid enough to be amusing. This is all. Carry on.

Should I be proud that I shamed you. YOU--the unshameable! I'm blushing.

I get to be home today to clean house, wrap presents in peace and quiet. It is my way of trying to stay organized or at least a facsimile thereof...of course I am off today and tomorrow because I am working on Sat and Sun.

'I Am Four' will make a crapload of cha-ching with all those pretty people and special effects. What the hell is it about?

Splink--LOVED the video. Mario is always going on about Chupacabras. I thought it was just another of his alcoholic delusions...

Too bad about the mailman. Makes me wonder what kind of snout he had!!

Hey Vickie-- from what I gather, I Am Four is about aliens who are being killed in numerical order. There are six all together (I think). I have no intention of buying the book.

Hope you have more success at getting organized than I have. My house hasn't been vacuumed in three weeks.

Put me on the "not organized" list, too. I'm just hoping what I ordered for the tot's Christmas presents come before we leave town, lol. Otherwise, I'll be hitting the mall the day before Christmas. Yeah, I'm bad this year.

Well, Suzi, you are in good company!!