Not nearly as much good stuff as last week, but a few items that might tickle your fancy. This one in particular gave me hope. From PRNewswire.

Now unless you're a writer and haven't had the pleasure of seeing your books offered for free download a couple thousand times, you may think this is unimportant. But I keep waiting for our government to go after these jerks. Somehow there is an idea out there that closing these sites is an infringement of First Amendment Rights. Since when is stealing a First Amendment right? I'd like to see some of my tax dollars go to upholding the rule of law. Imagine that.

# # # #
How about another contest? From Shelf Awareness: 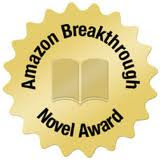 Amazon.com and Penguin Group are sponsoring the fourth annual Amazon Breakthrough Novel Award that will, for the second year in a row, have two categories: general fiction and YA novel. Writers from around the world with unpublished or self-published novels are invited to enter. Both grand prize winners will be published by Penguin and receive $15,000 advances.

Follow the link for rules and an entry form. 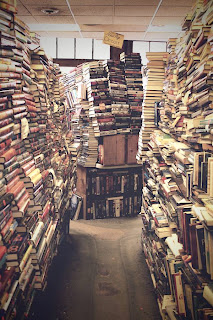 From Boing Boing: the glorious, teetering books in the occult section at a Boston bookstore, courtesy of Dan Swenson. Now that's my kind of woowoo firetrap!

Wonder what the Boston Fire Marshal thinks of this????

The Internet search leader opened its long-awaited electronic book store Monday, competing against Amazon.com Inc. and further accelerating the shift of book distribution from brick-and-mortar stores to the Web…

Unlike Amazon or Apple Inc., Google Inc.'s entry is giving independent retailers a way to keep up with the times.

Google is allowing merchants to sell its inventory of 3 million electronic books through their own sites and bring in more money as they scramble to adjust to the rising popularity of e-readers such as Amazon's Kindle and computer tablets such as Apple's iPad.

# # # #
From the same producers of So You Want to Write a Novel, here’s How to Write A Romance Novel….. These short videos are great!

These videos are put together by an outfit called xtranormal … Maybe I should try this for a video book trailer!!! 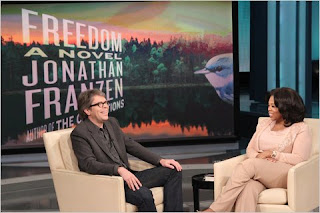 In case you’re interested (and I’m not) here’s Flavorwire’s take on The Best Moments from Jonathan Franzen’s Appearance on Oprah.

Thanks to one of my Buffybuds for this tidbit:

The First Buffy-loving Queen From Jessica Martin at Sci-Fi Crowsnest :

Catherine Elizabeth Middleton (aka Kate) is getting hitched to Prince William, it was announced this afternoon. Amid all the plans for the wedding next year, one story you can pretty much guarantee not hearing on the BBC is that Kate Middleton was a big Buffy the Vampire Slayer fan as she was growing up when the series was on TV.

Waity Katy, as the red-tops liked to call the ever-patient Kate (who has been waiting eight years for this announcement), used to keep a poster of Prince William in her room when she went to Marlborough College - directly adjacent to one with Sarah Michelle Gellar and Anthony Stewart Head.

The delightful Dakota Cassidy's You Dropped a Blonde on Me. 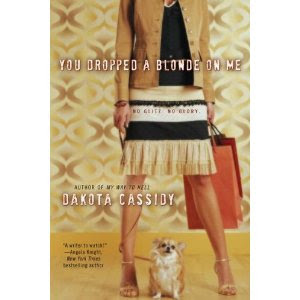 From Amazon: She was the perfect party-planning, haute-to-the max trophy wife. Now Maxine Cambridge is broke, unemployable and living with her mother and teenage son in a retirement village, with her self-esteem kicked to the curb.

Until her geeky former classmate Campbell Barker returns, all grown-up- and off-the-scale smokin' hot. Campbell refuses to believe Max isn't that smart, funny girl he's crushed on since high school. The more Max tries to show him he's wrong, the more she rediscovers her long-retired mojo. Now, she's ready to throw down some payback on her ex-life and fight for what she deserves... 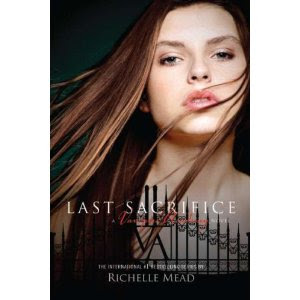 Follow this link for a trailer for this last installment in a phenomenally successful series.

Okay, sportsfans, one last item. This Saturday Mario, Warren Hammond and I are signing in Colorado Springs at the Borders "Colorado Springs NORTH" store in the Chapel Hills Mall at 1710 Briargate Boulevard, Colorado Springs, CO. This is my first CoSprings signing so if you're in the area, stop by and say hello. We'll be there from 1 - 5 PM. It's part of a Pikes Peak Writers fund raiser.

So, is everyone ready for the BIG day? Cards mailed? Shopping done? Packages shipped? For my Jewish friends, last night was the final night of Hanukah so you can relax now and watch us goyum run around in a panic, desperate to make everything just RIGHT. No wonder so many people hate the holidays. The stress is awful. I, for one, look forward to after Christmas when I get to meet my daughter's boyfriend for the first time. I already like him, though. Anyone who can put that smile in her voice is alright by me....

Comments:
Shopping done???? I haven't even started yet. I'm a bad Christmas (or any other time of the year) shopper.

I hear you-- shopping is my LEAST favorite activity.

We are about 80% I think. I have to get some alone time so I can wrap presents for Lady K and put more items in her stocking (the one she keeps patting each night to see what's in there). She goes back and forth if she wants us to put presents under the tree and try to resist temptation or have us wait until Christmas Eve.

Would love to be down in the Springs to see you guys, but DH seems to have found his 'grail', a quality fooseball table for not much money, so we will be driving down there tomorrow.

Buffy has a future Royal fan.

Amazing how much like real life that romance video was!

Wow, Vickie-- you are WAY ahead of me. I remember my daughter at that age. She didn't tell me until just recently that she knew all my hiding places and would unwrap the presents to see what was inside and then wrap them back up. Dumb me never noticed. She was pretty good! Moral of the story, change your hiding places if Lady K knows about them!!! :-)