Monday, November 29, 2010
RT nominees and Perverted Creatures of the Night
Mario here,
Call us self-serving, but as proud members of the League of Reluctant Adults, we're shouting the news. Take a look at this roster of Leaguer nominees for Romantic Times RT Bookreviewer's Awards.
Vampire Romance:

Dakota Cassidy for My Way To Hell

Though she's not a Leaguer, we have to give kudos to Biting-Edge ex-pat Marta Acosta for Haunted Honeymoon
Urban Fantasy Novel:

Our own Jeanne Stein for Chosen

Mark Henry for Battle of the Network Zombies
And though they're not technically Leaguers, these nominees deserve special mention for being such awesome writers and cool friends (and generous when it comes to paying bar tabs):
Young Adult Paranormal/Fantasy Novel: 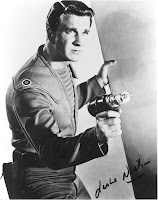 Comments:
Thanks for the mention! There are a lot of my favorites from this year on that list. See you in LA.

Congratulations, Jeanne! Best wishes to you and the other nominees, particularly Paulo and Connie. As Mario mentioned, they're great fun at MileHiCon (and friendly).

Congratulations, Jeanne. You deserve it. The book is great, as is the series.

Julie, we can't wait to sing praises about your book.