Wednesday, November 03, 2010
News and Views... Now that Mario and I are Master Bloggers, how I love that, I was relieved to find a few articles of interest for this week's Master Blog. But first, a couple of personal items. 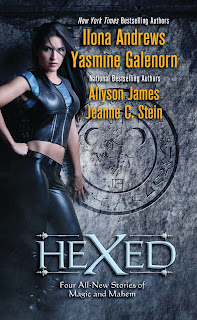 Here's the back cover blurb about my story:

From national bestselling author Jeanne C. Stein comes "Blood Debt," where bounty-hunter-turned vampire Anna Strong is visited by three witches who ask her to right an old magical wrong. Anna will have to live up to her name to make it through alive...
# # # # 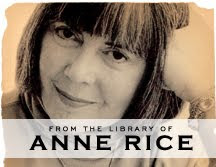 Powell’s Books, Portland, Ore., has purchased 7,000 books from Anne Rice's personal library and set up a dedicated page on its website to sell them, the Oregonian reported.

Powell's From the Library of Anne Rice section notes that the collection includes "editions signed or annotated by Ms. Rice, and many have her library markings on the spines. The collection showcases her love of literature and writing and reveals a true intellectual curiosity--classic philosophy, the Brontes, biblical archaeology, and Louisiana history are just a few of the subject areas represented." 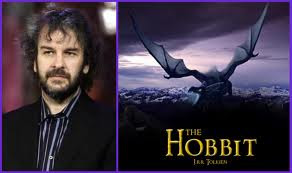 New Zealand officials agreed to a deal "under which they will contribute special financing and introduce labor legislation" to discourage Warner Brothers and Peter Jackson from taking the production of the two movies adapted from J.R.R. Tolkien's The Hobbit out of the country.

The New York Times reported that the agreement came "after a week in which thousands of New Zealand film workers had taken to the streets in a push to save The Hobbit--and much of New Zealand's film industry with it--while others questioned whether its politicians had gone too far in kowtowing to Hollywood."

Meet Deaver: Jeffery Deaver, author of the next Bond novel

Best known for his thrillers starring quadriplegic criminalist Lincoln Rhyme, Deaver has a new mission: Bring Bond into the 21st century in a new 007 novel.

The yet-to-be-named book is cryptically referred to as "Project X" by Ian Fleming Publications Ltd., which owns the rights to Fleming's work…

That in itself is big news. After all, if Bond were aging in real time — he first appeared in Fleming's Casino Royale n 1953 — the now doddering (although assuredly still handsome) 007 would be nearly 90. 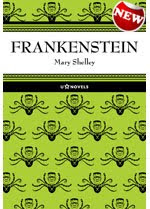 Ever wonder what it would be like to hang out with Frankenstein? U Star Novels offers "a range of romantic novels that are fully personalized to include up to 30 of your personal details, making you and your partner the stars of your very own novel....

With U Star Personalized Classics, the plot remains the same, the only thing that changes is that it could be you following the yellow brick road, or your brother hunting vampires in the darkest depths of Transylvania, or your best friend starring in one of the best-loved romances of all time alongside her own Mr. Darcy!"  ---

And a special congratulations to Julie Kazimer, one of our Rocky Mountain Fiction Writers buddies, on her first book sale:

J.A. Kazimer's F***ED UP FAIRYTALE, pitched as "Who Framed Roger Rabbit" meets "Shrek" when Cinderella is run over by a bus and a private investigator (on mental health leave from the Villains Union) is hired by her not-so-ugly stepsister to solve what she believes is a murder and break her own curse before New Never City is riddled with dead bodies, to Peter Senftleben at Kensington, in a nice deal, in a two-book deal, by Sharon Belcastro at Belcastro Agency (World).

Always a nice thing to celebrate!!

From Deadline.com
Fox is out with a new trailer for its big Christmas film, the Jack Black-starrer Gulliver's Travels which gets released December 22:

Huffington Post readers chose "7 Movies That Are Better Than the Book."

See if you agree and feel free to add your own.

In the sure sign of the impending Apocalypse file:
'Hobbit' Money Sought as MGM Files for Bankruptcy ....
Hollywood studio Metro-Goldwyn-Mayer Inc., the home of James Bond, filed for bankruptcy protection on Wednesday in a plan that had the backing of its lenders and put funding of its half of "The Hobbit" back on track.

So, who's doing NaNoWriMo? I've logged in 7500 words--but I know I can't keep up this pace. Just trying to get ahead of the game...

Comments:
Thanks so much for the congrats. Much appreciated.

You're very welcome. It's always nice to congratulate a fellow RMFWriter!

You're doing NaNo? Good for you. Agfter doing it for three years running, I'm taking a break. I'm teaching my very first online class this month and everythings a wee bit hetic.

The tot says hi. She got soooo much candy for Halloween.

Curious to see what Deaver is going to do to Bond, James Bond.

Hey Suzi--I've already fallen behind in my count...I thought I was doing well but Robin Owens, one of my writing buddies is already over 10,000 words...yikes!

Have fun with your class-- they're work but you meet the nicest people!! :-)

Waves back to the tot...tell her if she eats too much candy, she won't grow up to be Anna Strong!

Thank you Vickie - I was thrilled.

Deaver, Jeffrey Deaver, better do a good job. Or we Bond fans will let him know it!!