Sunday, November 21, 2010
Don't take it personally...
Mario here:
Once upon a time, travel by air implied adventure, romance, and elegance. 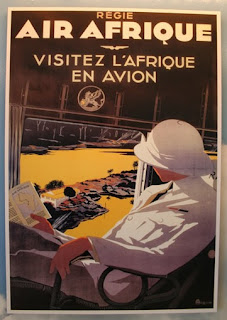 Who would've guessed back then, that in the 21st century--despite intercontinental jets, computers, all kinds of gee-whiz technology--taking off our clothes, walking barefoot, and getting fondled would be part of our travel itinerary.
Some passengers have had enough and so, another phrase enters the American lexicon of resistance to tyranny and injustice : 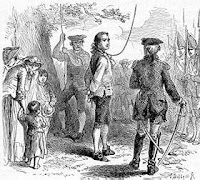 I regret I have but one life to give for my country.
We didn't land on Plymouth Rock, Plymouth Rock landed on us.
Tear down this wall!

And now:  Don't touch my junk!
Homeland Security claims this humiliation is necessary to prevent another underwear bomber.  But Janet Napolitino and her minions are strangely mute when it comes to discussing how they will stop the next obvious tactic intended to foil body scanners and the most aggressive of pat-downs: the Body-Cavity Explosive Device--aka the Butt or Cooter Bomb.
Such an attack already happened back in August 2009 when Abdullah Asieri infiltrated Saudi Arabian security.  Fortunately, Asieri was the only casualty when a text message triggered the pound of explosive in his rectum. Good riddance. 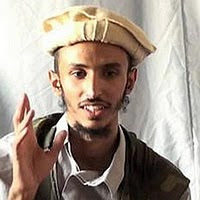 Wrecked him? Hell, it killed him ---->
However, body scanners and pat-downs are useless in discovering such bombs.  So then what?
Perhaps this blog has the answer with bomb-sniffing gerbils.
Until then, I suggest that Homeland Security require that all female passengers wear skirts, male passengers wear kilts, and everybody must go commando.  And instead of the expensive and unreliable body scanners, TSA should opt for the cheaper and much more effective leaf blower.

On to other news:

One of my favorite books is finally making it to the big screen, The Lincoln Lawyer by Michael Connelly.  Starring  über hunk Matthew McConaughey as the shady antihero lawyer: Mickey Haller.

Comments:
Okay, I know that was supposed to have taken place at D*Con but I suspect it was more likely at one of the drunken shindigs you love to attend. I'm surprised you weren't manning the leaf blower!!

I'd dance the macarena in my underwear at the security screening if I thought that was the best way to prevent terrorist events on planes. The problem with the TSA is that they aren't preventing anything. So this is useless.

If I have to fly and I get searched, I'm planning on doing a full Harry-Met-Sally deli routine. If they have to fondle me, I'm going to embarrass them to death. Ooooh, aaaah! Yes! Yes!

Blowee not the blower!! Ahahahaha! Afraid it's the opposite with me.

What is going on right with "security" checks and the TSA is beyond ludicrous. You're right, Mario, none of these procedures will identify any explosive on (or, ew, in) someone's body. Of course what I notice in the news stories (print and tv) is that those being molested and x-rayed are old ladies, white males, and young, attractive females, plus a few children.

ALL terrorist attacks worldwide in the last 15 years have come from middle eastern men between 18-35 years of age. So why aren't they being patted down and x-rayed? Why are people with colostomy bags, breast cancer victims with prothesis, and small children being touched in ways that would be ILLEGAL if done by anyone else in our country?

I say bring on the dogs. They are used in Iraq, Afghanistan, police departments, fire departments, and the DEA. Wouldn't they be a wiser, more economical, and more efficient manner of finding explosives and weapons? I mean, really, who hasn't had their crotch sniffed by a dog .... it would be infinitely less intrusive than some TSA agent rubbing their hands all over you.

DISCLAIMER: My mother is visiting here from Texas. She has no problem getting here, but she is becoming more concerned about getting through DIA. She has cancer and has a port installed in her chest. Just how hurtful and humiliating will they be to my 78 year old, cancer-ridden mother in the name of NOT doing racial or even police-caliber profiling.