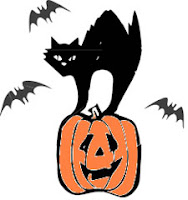 It's October, the month for ghosts, ghouls, and frightful tales.  With that in mind, I'm teaching a workshop at the Denver Public Library, as part of their Fresh City Life programs, Boo! Scary Stories That Really Scare.
I recently saw Let Me In, the Hollywood remake of the Swedish vampire flick, Let The Right One In.  Both movies are entertaining and spooky homages to undead lore and the 12 yo vampire is one of the most vicious and creepy bloodsuckers on screen.


Interestingly, the American version kept the original's bleak and low-rent atmosphere. Though having been in Los Alamos, I remember it as an upscale burg peopled with PhDs and brainy folks employed at the nearby nuclear weapons labs.

Also, New Mexico winters are much like Denver winters; we don't get days of unrelenting gloom like in the movie. It might stay cold as hell for weeks on end, but the sun does come out to torment us with hopes of warmth.

Because I write vampire novels, readers assume that I was always an aficionado of monsters and all things undead.  Actually, I wasn't. Vampires and zombies never creeped me out, and I thought monster movies were silly.
But there were a couple of things that terrified me.  Deeply.
La Llorona. 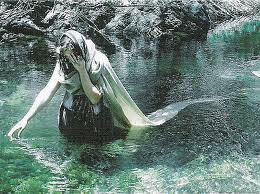 In the Southwest we have the tale of La Llorona, the wailing woman who haunts rivers and lakes.  According to legend, before she became La Llorona, a woman went mad and drowned her children. She now stalks the waters and lures the unsuspecting to their doom, hoping to assuage her torment and replace the souls of her damned children with those of her victims.  As kids we were constantly reminded of La Llorona with stories of actual eye-witness accounts. Would our aunts and their boyfriends lie to us? Even as late as junior high, if my friends and I had to return home at night, we took the long way rather than shortcuts using the ditch banks crisscrossing my home town. We picked up sticks and rocks to defend ourselves in case we ran into La Llorona.
And the other thing that terrified me to fits was the threat of nuclear war.

Duck and cover drills had been forgotten by the time I was in elementary school, or else nobody thought the Commies would waste a nuke on Las Cruces. But I knew about the possibility of nuclear attack from the Civil Defense pamphlets my dad brought from the army reserves. The television would also broadcast the occasional CD public announcement, frighteningly surreal with their bizarre use of cartoons and marionettes to blunt the horror of atomic annihilation.

I read a lot of airplane and history books and so even as a little kid I was familiar with modern bombers, ballistic missiles, and Hiroshima. Movies like The Time Machine showed the consequences of atomic war and made the prospect of a nuclear Apocalypse ever more real.
Then...one October night, the Civil Defense alarm mounted on the local fire house went off. I recognized the constant tone wail. Red Alert! Imminent attack. Fifteen minutes to Armageddon! We were doomed. I broke into a sweat and started bawling. I expected to hear shrieks of terror burst throughout the neighborhood.  At any moment a blinding light would burn through my window and the glass would shatter before the inferno consumed us all.
And then... nothing. No panicked mobs in the streets. No flashes of light. No big boom.
Nada.
Only that damn alarm that kept wailing and wailing. As I lay there blotting my tears, I first felt foolish. Then disappointed. No nuclear war. I later found out the alarm was to roust the volunteer firemen. What a gyp.
The Fates had fun with me. Boo!

I do remember duck & cover drills, though in Texas they were used not only for the threat of nuclear war but also for tornadoes, which happened a lot, so it didn't seem so scary. The threat of tornadoes was more realistic and didn't have nearly the widespread destruction.

There was a story the older kids used to tell us about a guy escaped from an insane asylum who had a hook. I'm betting I don't even have to tell that one. Scared the daylights out of me every time I heard it, and I still get creeped out walking only a few feet in the dark in the woods alone.

And movie wise...I'd read the Exorcist, which was scary enough. But back then my imagination wasn't nearly as bad as a visual. I told my boyfriend (the one I DIDN'T marry) outright that I did not want to see it, but he hijacked me one night and that's where we ended up. I couldn't sleep for a week and developed an irrational fear of pea soup for a few years. To this day, Tubular Bells makes my blood run cold.

I remember all the stories about what could happen to babysitters -- there were escaped convicts, and rapists, and escapees from asylums for the criminally insane...and sometimes they had a hook for a hand, as Vicki mentions above.

Creeeeepy! Plus it made it hard to make a buck -- I was a frequent babysitter.

Scariest moments were nature induced terror. 1) driving through a flood area - up to the window - father saying to the cars in front, "don't stop, don't stop" then having to break constantly afterward to make dry the breaks so they'll work again! and 2) Have lightening strike our house three times during a storm, once with me in the room and the sparks flying all over me. Karen Lin

As a kid it was the lady's ghost that wandered near Valmont road in Boulder, looking for her dead children...

Then the hook guy. That sucker seemed to be everywhere. I'll bet there is a hook guy on the Mars and little basset-eared Martians tell stories about him after dark.

Oohhh... the first ALIEN! But seeing Sigourney Weaver in underpants was worth fighting through the fear to see it over and over again.

Nowadays it's simpler stuff. A tanked economy and thoughts of the Tea Party getting their mitts on nukes. Or as GWB would say NEW-CUE-LER weapons.

Juliet, I remember a book I found in a friend's shed: The Naughty Babysitter. Had me fantasizing for days.

Karen, I too have a flood story. My car was almost washed into a ditch. Scary!

Ron, Alien and Aliens had me going. As for Sigourney Weaver in her underpants, see my above comment about the book.

Delicious! I've heard of La Llorona as well and it always bumped my blood pressure up a notch.

Did you all change your blog template when I wasn't looking? Comments look different. Maybe its me.

I think I may have missed the hook hand stories, but I was past college age before I could sleep with the closet door open. Something about an open closet creeped me out.

When I was about 10 or so, we were visiting my Dad's family in Mississippi (a scary place by itself), and at a hotel in St. Louis (which also scares me) I stayed up while my parents were out doing something adult and watched this horror movie (my first) about an evil possessed Nutcracker doll that lurked under beds waiting to stab you to death when you put your foot down. THAT stayed with me for a long time.

Then, in the mid-80s I got scared of nuclear war. The Day After came out when I was a jr or sr in high school and I had horrible nightmares afterwards. I had this recurring dream that I was in a car on the way to Denver watching nuclear explosions (which still sort of tramautizes me anytime I'm in a car heading north between Monument and Castle Rock.)

Dave: La Llorona lives on, even ay my age.

Gina: I don't have a clue about Blogger when it changes stuff. Monsters under the bed and in the closet were always popular, if never loved.

The horror flick that scared me the most was about a musician's hand that was cut off and would walk up the sheets at night or hide under the pillow and choke the poor person sleeping. I had nightmares. The real life terror of nuclear war changed my childhood.
Nancy
N. R. Williams, fantasy author