Banned Book Week is over and the buzz, in case you didn't hear it, was that fellow Leaguer Richelle Mead is probably the first American author to have a book banned before it was ever written. I'd always imagined the author of a 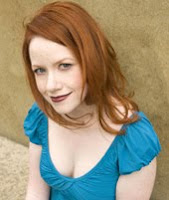 So imagine our shock when our own sweet Richelle not only had her current Vampire Academy books banned, but all future books in the series as well. Not even Henry Miller or Kurt Vonnegut managed such a feat. Those schoolmarms in Stephenville are such fraidy cats. Very un-Texan behavior.  Yes, redheads are so subversive.

Check out our pals Bitten by Books for a triple-header featuring authors Sam Stone, Eden Bradley, and our own Biting-Edge ex-pat, Marta Acosta. 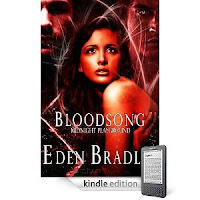 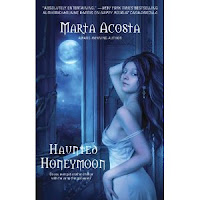 Another Leaguer Nicole Peeler has the pimpage machine in full blast. Check out Cherie Priest's wonderful new addition to her steampunk series, Dreadnought. 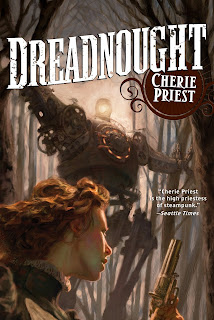 Comments:
That banning of Richelle Mead is ludicrous; so much so that if this weren't so serious an issue it would be rotflmao funny.

To be honest, I had no clue that places in America STILL banned books. I read an article that stated the reasons for banning the Vamp Acad. books (which I haven't read but have flipped through) and to be honest I was rather confused. They banned it for "sexual content or nudity" and I can make a list miles long of the books that were at my junior high that were far more graphic in content than what I've seen in the Vamp Academy books. Also, how can you ban a non-picture book for nudity? Is that even possible? It's not like you can see the unclothed individual, and YA novels are not going to give you graphic detailed imagery.