1. There's often talk that vampires have run their course. We scoff at such heresy. At the Biting-Edge, it's always: 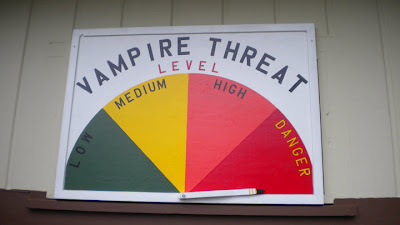 Friday and Saturday, Sept 24-25, Jeanne and I will spread the undead gospel at the Mountain & Plains Independent Booksellers Trade Show at the Marriott Denver Tech Center.

The Biting-Edge can never get enough vampires, and we especially dig the old school, creepy pre-sparkly kind such as Frank Langella, the urbane and dashing Dracula. "No drugs! It will pollute her blood." Spoken like a true gentleman in a 70s do.

We even appreciate Frank Langella's thespian license when he steals the show as Skeletor in Masters of the Universe. 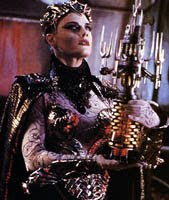 (watching this movie helps if you have a thing for Meg Foster as Evil-Lyn.)
On the subject of goofy, sci-fi/fantasy-related videos, check this out: 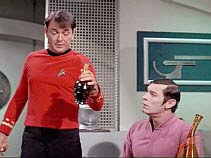 3. And there's this great news from Publishers Lunch:
Lorelei James's next two BLACKTOP COWBOY novels, involving a sports therapist and her hard-riding cowboy patients, to Kerry Donovan at NAL, by Scott Miller at Trident Media Group. 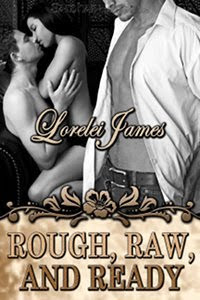 If you want to learn more about what makes Lorelei James such a smoking hot author of erotica, sneak a read of Book 5 of the Rough Riders series: Rough, Raw, and Ready.  Warning: This book contains unbelievably explicit sex, including multiple cowboy/cowgirl/cowboy ménage scenes, juicy, hot, male on male action, a bucketful of politically incorrect situations and true Western ideology.
And the San Francisco Bay Area thinks it has a lip lock on such pervitude.  Yee-ha to South Dakota!

Comments:
Me loves you, Mario, and I'm sad I won't be at Mountains and Plains this year...I'll be in Minneapolis at Midwest Booksellers.