Wednesday, August 18, 2010
Not as Lucky as Mario... But there was lots of news floating around this week. I’m not even going to touch the Barnes and Noble debacle. You’re all probably sick of it by now. B & N is supposed to be going into a new local shopping mall at Southglenn but I think that project is on hold.

Writer’s Digest is hosting their popular short story competition. There are five categories:

The Grand Prize-Winner will receive a trip to the Writer's Digest Conference in New York City, $2,500 cash, $100 worth of Writer's Digest Books and the 2011 Novel & Short Story Writer's Market. 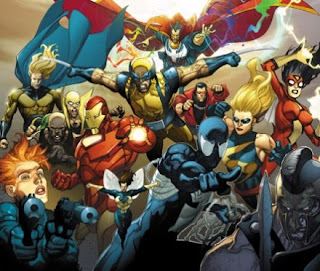 Graphic from Jon Favreau Avengers Movie
Some word from the Jossverse. The Avengers movie, which Joss is directing, starts shooting in February. Based on the Action Comic Book, it chronicles the formation of the super superhero team the Avengers, consisting of Captain America, Thor, The Incredible Hulk, Ironman and others. Stars already on board are Robert Downey Jr.., Scarlett Johansson and Samuel L. Jackson. More here .
# # # #

How good are you at identifying famous books by their covers? Try your skill here .

How many of you have discovered the BBC series Being Human? I just did and I love it!! Seems the set is haunted. From The Mirror:

BAFTA-nominated supernatural drama Being Human has been thrown into chaos, after real life ghosts started haunting the set.

Cast and crew are scared silly after a cup inexplicably leapt off the table just before cameras started to roll, smashing into a monitor. The incident was seen by at least 30 team members working on set at the BBC Three hit show.

Being Human revolves around a flat sharing vampire, werewolf and ghost from Bristol and has won dozens of awards.

But assistant director Mike Gallivan said since moving the set to a converted bus depot in Wales, real ghosts were now trying to get in on the action on screen

"We've been shooting here for four weeks and already we have seen three ghosts on shot," he said.

Rest of the interview here .

And in the casts' and crews own words: 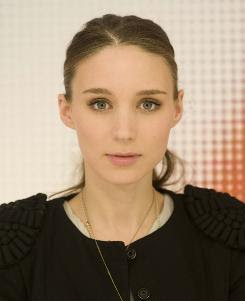 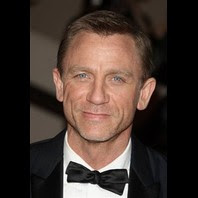 Although the Swedish version of The Girl With the Dragon Tattoo is out and has received critical acclaim, an English language remake is in the works. From USA Today:

LOS ANGELES (AP) — Newcomer Rooney Mara has landed one of the most-coveted roles in Hollywood, co-starring alongside James Bond star Daniel Craig in the English-language remake of The Girl With the Dragon Tattoo.

Sony Pictures announced Monday that Mara, 25, will play Lisbeth Salander, a fearless genius tormented by a terrible childhood, in the crime thriller based on the first book in Stieg Larsson’s best-selling series.

Craig is portrating journalist Mikael Blomkvist, who teams up with Lisbeth to delve into a string of decades-old murders.

Dragon Tattoo is directed by David Fincher, who cast Mara in The Social Network, a drama about the founders of Facebook due in theaters Oct. 1…

Dragon Tattoo begins shooting next month in Sweden and is due out Dec. 21, 2011.

I’ve got the original on my Netflix queue. They say I have a “long wait” but hopefully I’ll get it before this one comes out. 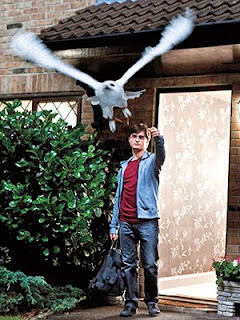 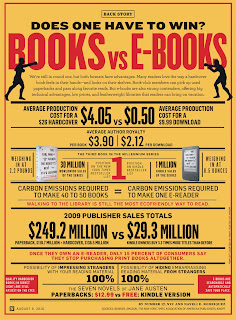 Next something I'm not sure how I feel about. What do you think of this Rolling Stone Cover? 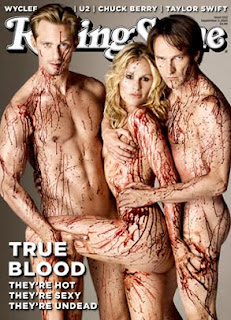 Okay friends, ten days and counting until the release of Chosen. Am I nervous? Scared? Full of dread? You bet. Only YOU can make it better... no pressure though. None.

I'll be doing my first pre-release interview on Amberkatze's Book Blog on Saturday August 22. There will be prizes!  ¶ posted by Jeanne Stein @ 3:57 PM

Comments:
Book covers: The link wouldn't work for me D:

Being Human: I started watching it about a year ago. While I never finished watching what was out at that time, I found the series very refreshing. I heard that they may make an American version and the idea makes me alternately excited and fills me with dread. American remakes usually don't work very well ... but then again look at the Office.

Harry Potter: I'm embarrassed to say this ... but I still haven't read the final book. I borrowed it from a friend back when it was published, and her volume still sits on my bookshelf waiting to be read. I just can't make myself pick it up, read the final book, and acknowledge that the series is over.

Books vs. e-books: I'm pretty sure everyone knows how I stand on this. I do not approve of e-books in the slightest (save for things like the Guttenberg project), and even if I did I would still be waiting on an e-reader purchase. There are too many different e-readers out there and their e-books are incompatible with each other. Eventually they will have to go through the HD-DVD vs Blu-Ray show down and everyone whose format did not come out on top will be SOL. The historian in me also wishes to point out that a hundred years from now people will not be able to buy functioning eBooks/readers at used book stores or whatever like you can now with hundred year old books. You can't deny the satisfaction that comes from picking up a book from the late 19th century and finding ink/pencil markings written in it. One time I found a kids drawing of a man ... who was wearing a fancy hat and tail coat.

Rolling Stone: I want to be pro-this cover, but I feel it's a bit tasteless. Yes the cast is comfortable with nudity, and yes the public is pretty taken with them nude, but the picture is still pretty tasteless. This is true especially when you consider that not everyone who gets Rolling Stone wants to see them naked or even watches the show. A special Rolling Stone TB issue? Maybe there would be logic there, but I can't get behind it on a general/regular issue.

Chosen: I have no doubt that it will be fantastic. I'm just waiting for the bookstore to call and say that it came in :D

Have you found out if you're coming to Glendale???

Oh, so I was reading an UF book the other day and the cover had a woman with a bare midriff and a gun. Well, the tot got *very( offending, stating that she was stealing Anna's cover pose, lol.

Love 'Being Human' mostly because of Mitchell...yum...what is it with those vampires? I enjoy watching the chemistry of the three roomies and this season is scary good.

Patiently waiting for 31 Aug and my copies of CHOSEN to arrive....

Not sure what I think of the Rolling Stone cover...More Eric, maybe....but that's just me.

I love Being Human, and I think it's fabulous that they're now seeing ghosts on the set.
I think the Rolling Stone cover is a bit disturbing, not really fun to look at. The nudity doesn't bother me, but the blood does.
Looking forward to Chosen, I know it will be fabulous.

Even since I saw the cover this morning I’ve had a strong urge to be Anna Paquin? And I’m disappointed I didn’t buy an issue of Rolling Stone.

Good comments all!! I can't help wondering what Charlaine thinks of the cover. I'm almost afraid to ask her!!

Leia, I'm with you (ashamedly). I haven't read the last HP either. I don't know why. I guess I'm sorry to see it end and somehow reading it makes it final.

Suzi-- don't know yet about Glendale. Haven't heard from Christine and I have four conferences in a row in Sept. Maybe Oct?

Being Human is a terrific series. I'm not sure how I feel about an American version. The British is too good.