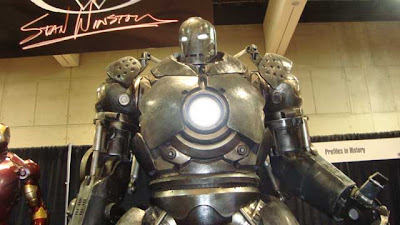 This last weekend, Jeanne and I deployed to the mother of all fantasy cons: Comic-Con in San Diego.  Ginormous.  And overwhelming. 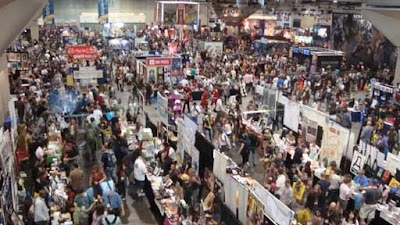 I kept hearing that attendance was upward of 150 thousand, which sounds right.  This picture is about one twentieth of the exhibition floor, plus there was more on the mezzanine, the second floor, and outside. 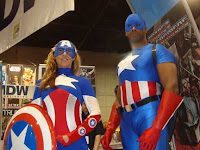 It was geek eye-candy HQ for all costume persuasions.

We had super heros, space villains, cartoon confections, but really, what's a fantasy con without pirates! Especially with big hair and smiles! 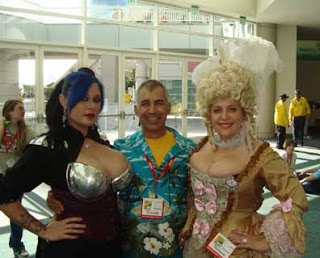 The con was more than sight-seeing, it was work for us pros.  I dropped by the HarperCollins booth and touched base with my editor, Diana Gill. 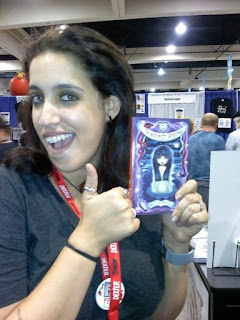 But the magic of the experience is about friends. Meeting old ones. Making new ones. While the costumes and gee-whiz factor are through the roof, it’s sharing the vibe with friends that makes attending cons such a special treat.

At the signing set up by Maryelizabeth Hart of the awesome bookstore, Mysterious Galaxy, I got to share the stage with several amazing fantasy authors: Merrie Destefano, Jocelynn Drake, Richard Kadrey, Lauren Kate, Marjorie Liu, and Tanya Huff. 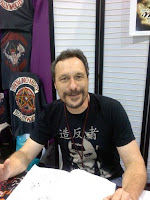 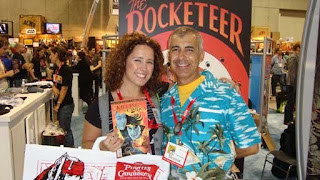 At my signing in the IDW booth, I heard those words that so warm the cockles of our little writerly hearts: Hey, aren’t you?  I have your books!

Here I am with Leah, one such fan.

Later on, I sat on two of IDW’s panels where I basked in the limelight reflected off are Max Brooks (World War Z) and Chris Ryall, IDW Publisher. 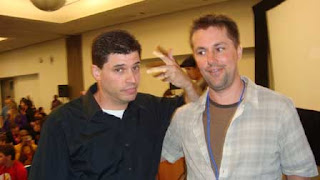 At the Military in Comics panel, I met the talented Billy Tucci, who’s the man behind the award-winning Sgt Rock The Lost Battalion graphic novel.  Billy and Army captain Justin Hurt (in civilian drag) in Tucci’s booth. 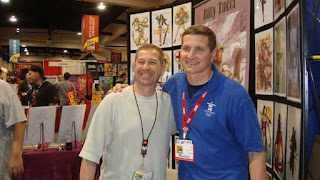 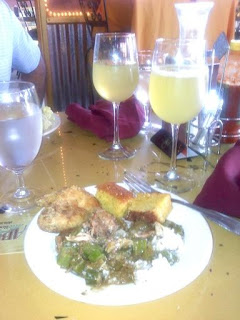 As amazing as the con was, it became too much and you needed a breather. (And a drink.  Or two.)

Fortunately, the convention center is beside the Gaslamp Quarter of San Diego, street party central. 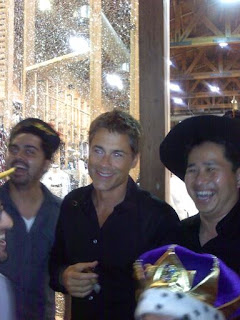 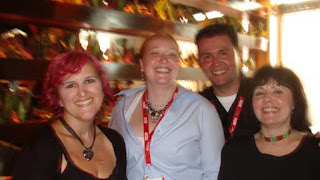 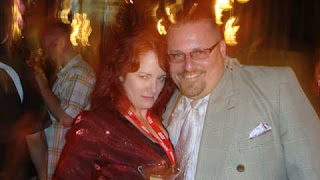 The Penguin party brought out the sultry Leaguer Diana Rowland and Night Shade publisher Jeremy Lassen, who got their groove on.

And a night on the town without music and dancing? Especially Brazilian style.  Unforgivable!  Shake it baby! 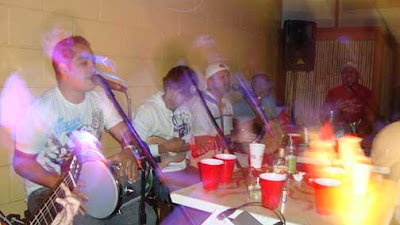 See you next year!

Jeanne is guest blogging at Borders.com for her new book, Chosen. Drop by and you might win prizes. 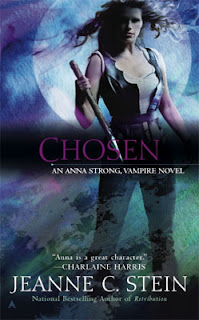 It looks so cool and exhausting. Maybe one year I can make the pilgrimage from the land downunder be on an Eos panel too. Would have loved to have hung with Merrie and Jocelynn too.

I would have O.D'd on Geekdom! Such fun and great tata's, I mean costumes! Sorry, just embracing my innergay. :)

Sorry I missed it! Looks like you made the most of your time...love the pics. Oh, and I need that bail money back by next month...

Love your photos, Mario! It was so fun meeting you. I'm still laughing and I don't even know why.

Wow, those are some mighty HUGE...hairdos. BAHAHAHAHA Weren't you afraid of getting your eye poked out? LOL

Comic Con looks like the place to see all that is bizarre, geeky, cool and wanton. LOL