Wednesday, May 19, 2010
Pimpage Three new books out that you UF fans might be interested in. I included Amazon links but if you have a local bookstore, I’m sure they’d be more than willing to help you, too.

Actually, the first is an online novel by Jackie Kessler. She’s publishing the newest Hell on Earth installment here . Check it out 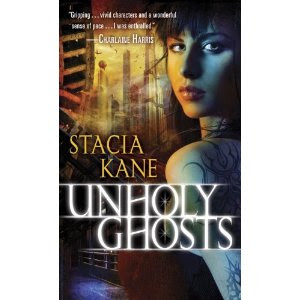 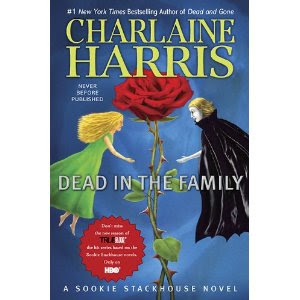 And at the risk of being redundant, my pal Charlaine Harris has released the newest Sookie, Dead in the Family . If you haven’t seen it, she’s #1 on the NYT bestseller list along with just about every other list in the world!!! Brava!

Last weekend I was in Fairplay and I came back with almost 14000 words written and the glow that comes with accomplishment. These retreats renew spirit and mind. Waking into the Hand Hotel is like coming home. The staff, the magician of a manager, Mike, the sun room we gather in each morning—I wouldn’t change a thing. Every time Monday rolls around and it’s time to go, we leave reciting the same mantra…until next time. 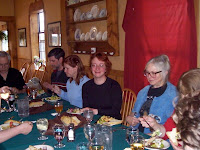 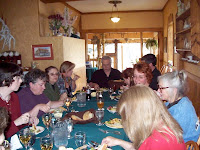 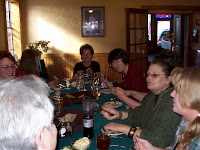 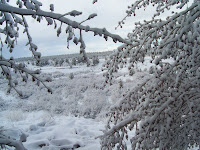 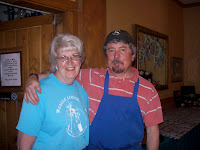 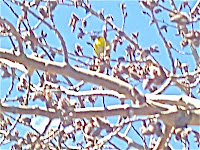 EXCLUSIVE: Summit Entertainment is working furiously to close the talent deals required to split Stephenie Meyer's fourth "Twilight" novel into two films. But an unlikely roadblock is holding up an announcement -- and could even lead to cast changes for the series' final installment.

Director Bill Condon is also on board, but "Summit is having a harder time locking in some of the franchise's secondary characters. Deals for Peter Facinelli (who plays Carlisle Cullen) and Billy Burke (Bella's father, Charlie Swan) are done, but we're told the actors who play the Cullen kids (especially Kellan Lutz and Ashley Greene) are trying to sink their teeth into bigger paydays that, at least at this point, the studio behind the billion-dollar franchise is unwilling to provide. 'We may have a situation where one of them is thrown out on the street to make a point,' says a source close to the dealmaking," the Hollywood Reporter wrote.

Bad Days in Literature quiz. Didn’t get too many right, but it was fun to take. Makes me realize I’m reading UF almost exclusively now and that I’ve pretty much forgotten all the classics I read in college. Anybody get them all right?

Author J.A. Konrath made news this week with his announcement that he’d made a deal with Amazon to publish his next book in the Jack Daniel’s Series, Shaken. He’s never been shy about his feelings that ebooks are the future of publishing or that he’a made more money on ebooks than on his print novels. Food for thought. 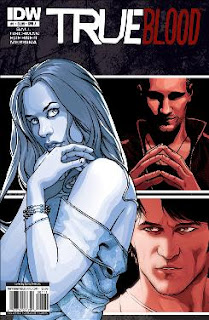 For those who can't get enough of HBO’s True Blood, which returns for a third season in June, a six-issue comic book miniseries from IDW Publishing will make its debut at the San Diego Comic-Con in July. 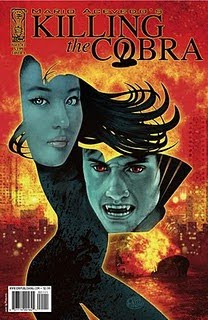 Which is a nice segue into Mario’s launch party on Tuesday for Killing the Cobra. I’m sure he’ll have lots of pictures for us on Monday and he was his usual charming self. It was an evening of fun and I brought home something special (besides the comic, of course.) From In Case of Attack.com :

Custom Emergency Preparedness Kits
Are you prepared for the zombie apocalypse?
Vampire attacks?
Werewolves?
We are... and we can help you too.
With our custom made IN CASE OF ATTACK Emergency Preparedness Kits, you'll be able to fend off attacks from the worst of the worst to protect you and your loved ones. Each kit comes with everything you need to take down supernatural enemies, including a pocket survival manual. 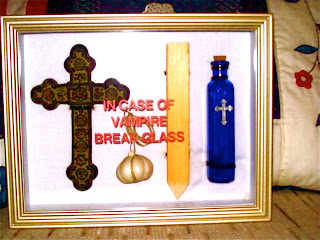 that quiz is an eye-opener, isn't it?

I eventually gave up after looking at the quiz, but to be honest even when I did read classics exclusively it was not the books they had listed there. I read a lot of early Victorian lit - mostly on the Gothic end of the spectrum. In fact, doing research on Victorian perspectives of death for a paper last semester I was pleased to discover that I had read (and owned) every single book that people who discussed death via literature quoted. Not only that, but I remembered the parts of the books that they referenced etc. the only book I had not read, that they mentioned, was Wuthering Heights, and I just picked up the novel at B&N so that I could remedy that situation. Do be frank, almost all the books referenced in that article bore me to tears just thinking about them. Now give me Les Mis, something by Dickens, The Phantom of the Opera, or something like that and I would have done much much better.

Has anyone read Dead in the Family yet? I have been dying to read it, but haven't had a chance yet. I'm also very eagerly anticipating the return of True Blood. I've been enjoying their "A Drop of Blood" mini-eps that have been coming out the past three or so weeks and loved (yet hated) the "Waiting Sucks" commercials that HBO put out before then. You have to hand it to HBO, they sure know how to advertise and leave their customers simply begging for more.

I have Mario's comic on order and have to go pick it up soon, so I look forward to seeing that. I thought about getting he True Blood one, but money is tight an I have to pick and choose what I want to read. Right now I'm getting Mario's comic, Buffy Season 8, and the current Angel: Barbary Coast story arc that has Angel in San Fran trying to get rid of his newly acquired soul.

As for the Twilight movies, I stopped paying attention. I'll go see the film once when it comes out in an effort to support the whole vampire drama thing, but that is as involved as I choose to get.

I have DEAD IN THE FAMILY as an audiobook. I am saving it for my upcoming trip out to Kansas with Lady K in June. I-70 will drive that much more smoothly with Charlaine and Johanna Parker telling me a story... I can only hope it's a lot of Eric.

Vickie, I second your desire for a lot more Eric. Speaking of which, with Bill kidnapped (by whom?) I'm hoping that there will be much much more Eric on True Blood this season as well.

Leia: Ooooo! Yep, I am keeping my fingers crossed that there will be way more Eric on Season 3. I am really waiting for the season that follows the book where Eric loses his memory and there's a whole bunch of nekkid Eric.....is it gettin' warm in here?

I'm pretty darn sure that you are not the only one waiting for that book. That was what, book 4? Apparently True Blood has already been renewed for a fourth season so ...

Haven't read Dead in the Family--wanted to have Charlaine sign a copy to me at RT but they publisher wouldn't release the book until the official date. Can you imagine? However, I did call my pals at Mysterious Galaxy and they had her sign one for me there. Now I'm waiting, too.

One of the nicest things for me at RT this year is that I actually got to spend some time with Charlaine. Don't get to do that too much anymore.

Also, just to make you jealous, at one of the Charlaine's Charlaton parties I won an I love Eric t-shirt!!!

That's what I get for reading the paranormal genres, 3 out of 10. So much for the English minor.

I love the emergency preparedness kit. I think Merlotte's should have on hanging on the wall.

I just finished Dead in the FAMily.

The tot loves the twilight movies, but i have to get a report from some of my teen pals (and their moms) before I let her watch one.

Yesterday we're at Chuck E Cheese for a birthday party. The other little girls buy pop rocks and plastic rings with their tickets. What does the tot buy? Glow-in-the-dark vampire teeth, lol.

Have a great week

What does the tot buy? Glow-in-the-dark vampire teeth, lol.

Hi Steph-- checked out your blog. Very thought provoking and well done (unlike this one of course which is completely off-the-cuff most of the time).

My copy of Dead in the Family arrived!! Signed and everything. Now if I can get this novella finished, it's top of the TBR pile--

Suzi-- you didn't say if you liked the book. I know Vickie said she was saving it for a trip.

It was good and worth buying, but not quite as compelling as some of her earlier ones.