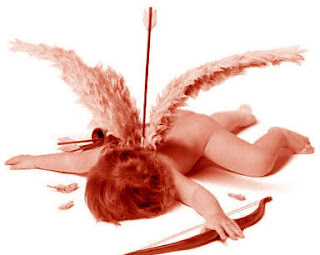 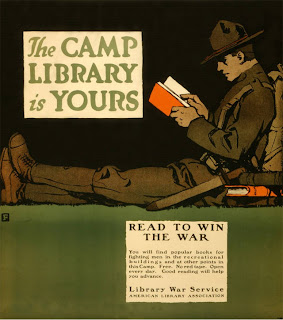 Lots of ground to cover today but first, I made a mistake last week. Hard to believe, I know, but alas, true. I gave the old address for Who Else! Books. Saturday’s signing for Shannon Baker and friends will be held at 200 So. Broadway, Denver, 80203, telephone number 303-744-2665. The shop is located at the corner of Broadway and Cedar. The signing is at 3 PM—at least I got that right.

HBO has picked up Mildred Pierce, a five-hour miniseries based on James M. Cain's classic noir novel. The project, starring Kate Winslet and directed by Todd Haynes, was adapted by Haynes and Jon Raymond. "Casting for the other roles is under way, with production on the mini slated to begin in April in New York," the Hollywood Reporter wrote.


I don’t know about this. Kate Winslet? 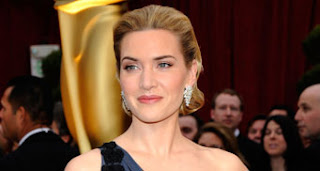 Joan Crawford won an Oscar for her performance in the title role. Watch the original movie trailer and you decide which actress fits the bill.

On to the movies:

With a Holmes sequel already underway, Wigram envisions "similar franchise potential in The Three Musketeers," according to Variety.

Hmmm.. I have to admit I haven’t seen SH yet. Since he’s one of my favorite sleuths and he’s gotten since wonderful movie treatment from others (The Seven Percent Solution, Murder by Decree and the splendiferous Young Sherlock to name just three) the idea of a broad farcical adaptation turns my blood cold.

There does seem to be a trend toward remakes. I saw a trailer for the new Robin Hood starring Russell Crowe. I don’t know…he looks like he’s been rode hard and put up wet.

And another Clash of the Titans is in the works.

Project places the doctor -- a socially prominent and successful businessman -- and his super-human original creation Deucalion in modern-day New Orleans. Winter and Botwick are aiming to launch a franchise. "These books have enough twists and turns to keep the public coming back to the theaters for many years to come," the duo said.

Which brings me to Avatar—okay, went, saw it in 3-D was majorly underwhelmed. Too much hype, I guess. I was expecting more. I figure I’m probably in the minority here so you fans can let me have it. And be happy because according to producer Jon Landau, James Cameron is on board to pen an 'Avatar' prequel novel.

Speaking of novels, George RR Martin’s new book, the fifth volume in the Song and Fire series is 1261 pages and still not finished. He sent his fans an email telling them, in so many words, not to get their panties in a bunch. It'll be done when it's done.

Okay, this is the handiest guide to genre distinctions I’ve ever read. Kudos to Jay Lake.

General Fiction: Nothing to explain

Literary Fiction: If I have to explain, you wouldn’t understand it anyway

Thriller/Technothriller: Explain how it happened

Romance: Explain who it happened to

Western: Explain what lily-livered varmint gone and done it

Horror: Explain what’s about to happen

Fantasy: Explain everything in nonsensical detail

Another writing legend passes on: 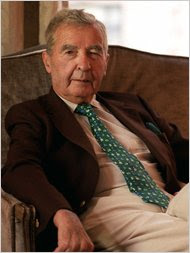 From Shelf Awareness: Dick Francis, author of more than 40 novels set primarily in the world of thoroughbred racing, died Sunday. He was 89. His Los Angeles Times obituary noted that Francis "made it a point of honor to satisfy fans with one book a year for most of his career.... A modest and reserved man, Mr. Francis took quiet pleasure in his success as an author."

And for a little BSP:

And the not so official announcement that Anna will soon be coming to a Turkish bookstore near you. Turkish rights were sold for the Anna Strong Chronicles.

Now for a spur of the moment contest: A copy of A Girl's Guide to Guns and Monsters to the reader who can identify The Black Dragon.... GO!!!! 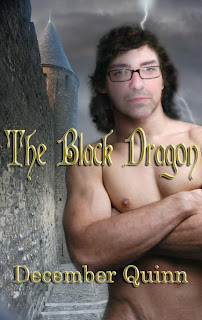 Michelle-- you got it right out of the box!! Send me your address at jeanne@jeannestein.com and I'll get your prize off to you. Have you read Mark'sbooks?

Yes I sure have. I can't wait for Battle of the Network Zombies. I met and had him sign Happy Hour of the Damned at Conestoga a couple of years back. I met you there as well. You signed an ARC for me. Which I'm still thankful for because I love it. :)

Well, glad we've met. I wish I could go to Conestoga again, but the timing is always wrong. Do you have my magnets?

Hmmm I'm, not sure I can see Kate Winslet in that role, but then again all I ever saw her in was Disney's "A Kid in King Arthur's Court" and "Titanic" (I really disliked that movie but give massive kudos to the costuming and arts dept.) I am sure that she had matured as a woman and an actress since as those all happened well over ten years ago.

Three Musketeers - I would see that in theaters in a heart beat.

Sherlock Holmes - I really enjoyed this film. I felt that it kept the overall flavor of Sherlock Holmes. Jude Law was actually very good ... for once, and Robert Downey Jr. was an excellent Sherlock. In my head I always read Sherlock as some sort stuffy know it all eccentric with a whacked-out side. Robert Downey Jr. basically portrayed him as eccentric, yes, but with what I consider an "art student" quality. His place was a wreck and he engaged in activities that others would perceive as fruitless b/c they fascinated him, he had rough social graces, and seemed to live in his own world a good bit. I felt the character itself was well crafted and liked the portrayal. The costumes were drool worthy, the props were fantastic, and the set designers were not joking around. The art teams that were at play behind the scenes of this film really knew what they were doing and did their jobs very very well.

Frankenstein - I've always hated that story. It would have to be one heck of a movie to entice me into watching it.

George R R Martin - I have never gotten far into his books b/c I know that it takes so long for him to write his novels. This is a good thing in one way b/c you know that when the books are finished, they are finished right. this is a bad thing for me, however, because I read so many authors that spend a LOT of time in between novels, so what happens is there will be a massive try spell in my personal collection, and then they all come tumbling in from various authors in a few month period. I would rather wait until the series is finished and then I'll devour the whole series in a week or so. From talking to a number of friends who read The Song of Ice and Fire Series, I think the greatest concern is not that the book is not finished (you can't rush good writing) but they are afraid of something Robert Jordan-esque happening where Martin is unable to finish the series in his lifetime, and an outside author has to come in to write the final novels.

Off to run errands before class tonight. Stay warm y'all!

I have the magnets for the first 4 books. Conestoga is a lot of fun, but you're right the timing is just off now. I wish they would move it to a better date. Maybe one that wasn't so close to RT.

I think Kate Winslet will be fine playing a, uh, "hardened" woman. If Helena Bonham Carter could go from Room With a View to Fight Club then should be able to give us a good sneer. But what I keep asking since this project was announced is why? WHY??? The story is done. Why remake a good movie? If something is going to be remade it ought to be something that had potential, but came out like crap. Better yet, why remake anything? I am so sick of these "reboots" and revamping and the movie of the musical based on a movie that was based on a play that was based on a book. How about something original? Or at least based on only one previous form (like novel to screen)? It's become one of my pet peeves that the only way something can get greenlighted is if some studio moron insists the property has to have prior "name recognition." Pretty soon we'll be force fed McDonald's: The Movie (followed the ice show, stage musical, ad nauseum, emphasis on the nausea). Am I just ranting in a rubber room, or do others feel the same way?

I'm not familiar what what Kate Winslet is cast in, but I am familiar with her acting and I think she's brilliant -- she could do just about anything.

Hey Leia-- thanks for your comments. Maybe I should give SH a try.

I'm with you about George RR Martin but I doubt I'll read the series even if and when he gets the fifth book finished.

I don't dislike Frankenstein, but I think it's interesting that another novel came out of that 1816 summer when Mary Shelley wrote it. Polidori's Vampyre.It really became the basis for the modern vampire--a romantic hero and/or an undead monster.

I am with you catfriend!!! Especially with these friggin' musical adaptations. WTF!!!!

You made a good point about Helen Bonham Carter, though. Fight Club was awesome.

Hi Gina-- I've never been a Kate Winslett fan (Titanic was much too saccharine for my taste) but she was terrific in THE READER. Still, it will be hard to beat Joan Crawford at her bitchy best.

I really enjoyed Avatar and Sherlock Holmes, but I'm an easy to please average movie goer. (The hubby, being a cinematographer, is not). The tot desperatly wants to see Alice in Wonderland. They are pimping it *hard* on the disney channel. I want to know if they're handing the drugs out of the door or if they're simply putting them on the popcorn.

I had an awsome job interview for the LA Philharmonic yesterday. I should hear next week if I get to the next round.

Have a super weekend. :) The tot says hi.

Well, since Leia and Suzi both liked SH, I may have to give it a try.

Good luck with that interview, Suzi. Keep us in the loop. I'll be sending positive thoughts.

Here's a wave back to the Tot.

Jeanne,let us know what you think of it!