Wednesday, February 03, 2010
February—month of roses and romance and love.

Did I just say that?

Monday Mario mentioned our friend Lori Armstrong coming to town for a signing. Our critique group turned out en masse. We had dinner beforehand with Lori and her charming husband, Erin. Erin’s in the gun business so even Mario behaved. Lori’s new book, No Mercy, is out now. Check it out. I know I’m looking forward to it.

And speaking of new releases—February is a banner month for the League of Reluctant Adults. Besides Mark Henry’s Battle of the Network Zombies and Anton Strout’s Dead Matter, we have three others for your consideration! 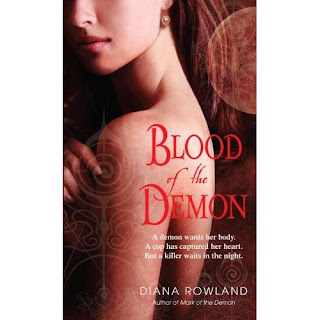 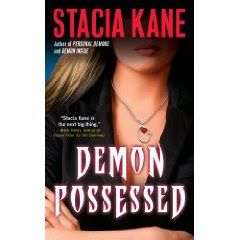 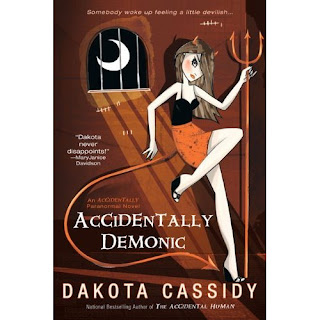 All are available at Amazon or your favorite brick and mortar store.

For a complete list of February releases, click over to SciFiGuy...he's got everything, including the anthology I'm in, A Girl's Guide to Guns and Monsters (hint-hint).

Now onto the publication controversy of the week: Amazon vs. Macmillan.

Most of you know by now that Amazon pulled all the buy buttons from Macmillan’s inventory over an ebook pricing. The stand off lasted about two days before Amazon capitulated. Here’s the summary from Shelf Awareness:

The announcement came in classic Amazon style: via a letter to customers posted on its Kindle Community page. Amazon said that "ultimately" it had to capitulate "because Macmillan has a monopoly over their own titles," forcing Amazon to sell its titles "even at prices we believe are needlessly high for e-books." Amazon concluded, "We don't believe that all of the major publishers will take the same route as Macmillan" and called it likely that "many independent presses and self-published authors will see this as an opportunity to provide attractively priced e-books as an alternative."

"Ultimately" may be a key word in the statement. As of this morning, the famous "buy button" had not been restored for any Macmillan titles Shelf Awareness checked. This also explains Macmillan CEO John Sargent's cautious statement last night made on Publishers Lunch: "We are in discussions with Amazon on how best to resolve our differences. They are now, have been, and I suspect always will be one of our most valued customers."

Remember Catcher in the Rye?

From the NYT obit:

Mr. Salinger’s literary reputation rests on a slender but enormously influential body of published work: the novel “The Catcher in the Rye,” the collection “Nine Stories” and two compilations, each with two long stories about the fictional Glass family: “Franny and Zooey” and “Raise High the Roof Beam, Carpenters and Seymour: An Introduction.”

(Catcher’s) allure persists to this day, even if some of Holden’s preoccupations now seem a bit dated, and it continues to sell more than 250,000 copies a year in paperback. Mark David Chapman who killed John Lennon 1980, even said the explanation for his act could be found in the pages of “The Catcher in the Rye.”

New Line's attempt to bring J.R.R. Tolkien's The Hobbit to the big screen has run into trouble again. The Wrap reported that the movie, "which had been slated to premiere in December 2011, won't hit theaters until the end of 2012 at the earliest. The two-part prequel to New Line’s mega-successful Lord of the Rings franchise has Peter Jackson signed on to produce and Guillermo del Toro enlisted to direct."  While previous delays were due to "haggling between author J.R.R. Tolkien's estate and New Line over Lord of the Rings profits," the latest glitch involves financing, the Wrap added.

From the who would have thunk it file: 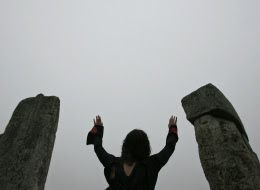 
A double circle of stones atop a hill on the campus near Colorado Springs has been designated for the group, which previously met indoors…


Lt. Col. William Ziegler, one of the academy's chaplains, said designating the space is part of theschool's effort to foster religious tolerance and to defend the constitutional guarantee of religious freedom.

"It's about our commitment as airmen to protect freedom and defend freedom. To me this is a freedom thing," he said.

Before you get to the fun stuff, two videos that I hope will make you laugh, a reminder about a couple of contests still going on.

League challenge still going on over at Literary Escapism.

RomCon FF& P forum featuring moi today. Leave a comment for a chance at MORE prizes, including a paid up registration to the conference in July right here in Denver.

(The site is up--hopefully for the rest of the day--if you want to play, go on now)

Disclaimer about the dangers of reading from Unbridled Books:

PS To you newletter subscribers-- sorry about the glitch with the border. My terrific webmaster Jay called me last night and said he was reissuing it without the hearts...that's what I get for trying to be clever. Thank you, Tez, for bringing it to our attention. And if you don't know what I'm talking about, walk on over to the website and subscribe. NOW.  ¶ posted by Jeanne Stein @ 4:53 AM

Comments:
The Armstrong family is awesome and so is the book :)

We really enjoyed our visit--and of course, your name came up more than once...were your ears burning?

So, the tot wants to bring the book tomorrow for show and tell. Not sure how that will fare in Catholic School Kindergarten...

Hmmm, maybe I need to find out the Catholic Church's position on Vampires...

Oh, I so forgot to tell you about our celeb encounter. Summer Glau was in front of us at the video store last week. She and the tot had a breif conversation about candy. Unfortunaly, i didn't see what movie she was renting because I was trying to get the tot to choose a box of candy so she'd stop blocking the line and we could check out. Yeah, I'm a stalker, lol.

Maybe bringing the book to school wouldn't be such a good idea, huh?

And wow, Summer Glau!!! I still can't believe all her shows have been canceled. Is she has beautiful in person as she is on the screen?

She is so beautiful, but not as anorexic as she used to look on screen.

She was also very sweet to the tot. That counts alot in my book, lol.

My blogger feed didn't show this and so I'm late in replying.


And noooooo! Curse you New Line! ANOTHER delay? Really? I mean thank goodness they saw the light and decided that doing the Hobbit without Peter Jackson would be insane, but I can't believe that the Hobbit has been delayed again. *sigh* Well I suppose the don't have to worry about losing their audience. Considering that I was baking Lembas bread just last weekend ...