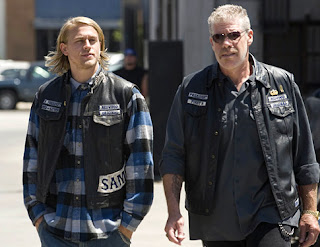 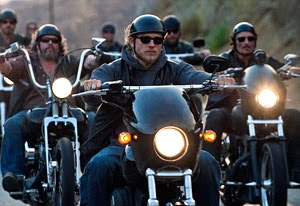 My favorite TV series (maybe of all time although Wiseguy with Ken Wall was really ahead of its time and is right up there with my all time favorites) renewed for a third season (but not coming back until Sept 2010!!)

Did you see the series finale? Gemma on the lam, Jax’s baby kidnapped, Zobelle a rat (one who got away—at least for now) and the ATF bitch still causing trouble. 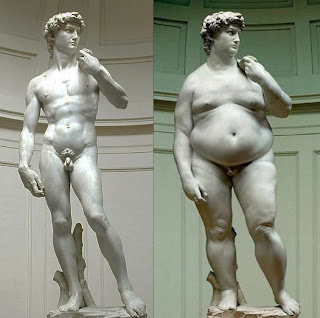 Everyone recovered from tryptophan overdoses? I’m still experiencing them since I LOVE turkey sandwiches… I had dinner at the home of good friend Clay who along with another San Diego transplant, Sam, did all the cooking. Pics at end.

Ever wondered what a marketing department does? Most authors I know certainly have.., but here’s a tongue-in-cheek New Yorker article that I fear may be closer to the truth than we would like to think… 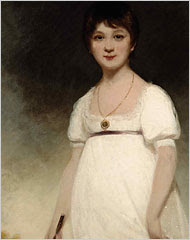 And for Jane Austen fans, a New York Times’ article to tickle your imagination.

A British medical researcher believes she has answered the longstanding question of what killed Jane Austen— and it wasn’t her foreboding of today’s wave of Austen-horror mashup books. The Guardian reported that Katherine G. White of the Addison’s Disease Self-Help Group has written an article for Medical Humanities magazine in which she says that Austen probably died of tuberculosis caught from cattle. Ms. White examined correspondence from Austen, who died in 1817 at age 41, as well as recollections from her family, and concluded that she probably did not die of Addison’s disease or lymphoma, as medical researchers and biographers have speculated. “While lymphoma would be one possible cause of the exhaustion, recurrent fever, bilious attacks and rheumatic pains described by Austen,” Ms. White wrote, “disseminated tuberculosis affecting the joints and liver — probably of bovine origin — would offer a simpler explanation.”

Series is first to be produced for global outlets

Syfy has signed on to pick up 13 episodes of "Haven," a thriller based on Stephen King's novella "The Colorado Kid."

"Haven" reps the first project to be produced for Syfy outlets around the globe (except Canada and Scandinavia).

Universal had secured the exclusive pay TV rights across the globe, except for the U.S., Canada and Scandinavia. Now, Universal Networks Intl. domestic sibling Syfy adds a U.S. outlet as well.

E1 is the studio producing and distributing "Haven."

AND James Marsters is going to appear in a new SyFy series called "Caprica." He appears briefly in the trailer here. 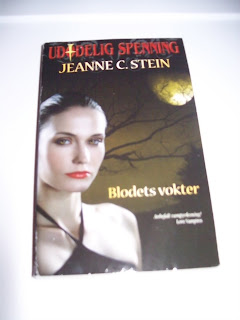 And all three so far: 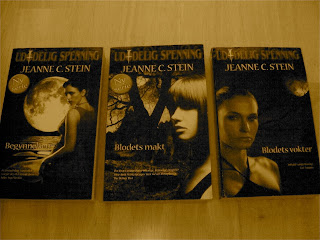 For the writers out there, from one of my favorite sites The Writer’s Forensics Blog:

Posted in Cause & Manner of Death, Poisons & Drugs, Police Procedure by D.P. Lyle, MD on

So you’re out for an evening of doing fuzzy rails with your buddies and on the way home you’re pulled over by the police because you’re having a little problem staying between the lines — pun intended. Of course the officer will ask for identification but your coked-up brain will misread this as a threat so you go off on the officer. A word of warning — this is never a good thing to do to someone who carries a gun, or in this case, pepper spray. So the cop, rather than shooting you, sprays you with pepper spray and you go down never to rise again. Then people stand around a hole in the ground and talk about what a good guy you were and what a jerk the cop was for killing you with pepper spray. Could happen.

Find out how here!


I know Mario mentioned this in his blog, but it is worth repeating—for those in the area, December 11 Barnes & Noble is partnering with Colorado Humanities and Center for the Book in a Holiday Bookfair benefit. Here’s the voucher and complete schedule. If books of any shape and size are on your shopping list, please consider purchasing them on December 11. Mario and I will be in attendance at 6 with goodies to share. We’d love to see you. 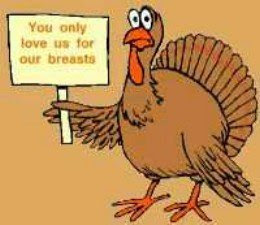 Pics from Vickie-- don't they look like they are having fun? 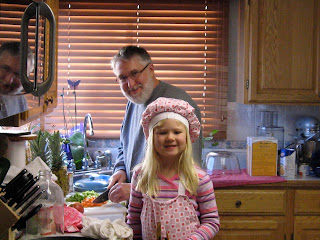 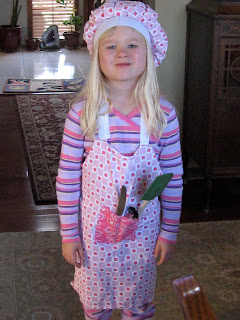 And some from our feast: 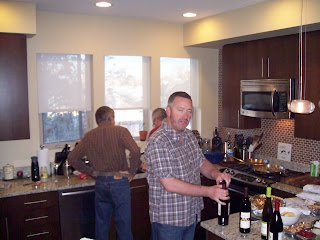 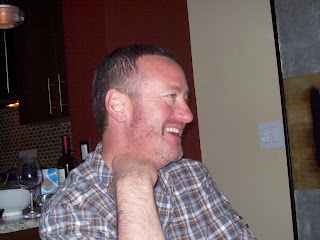 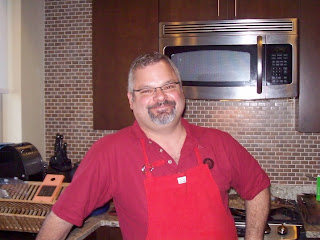 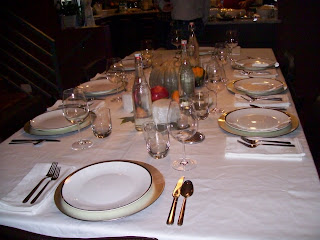 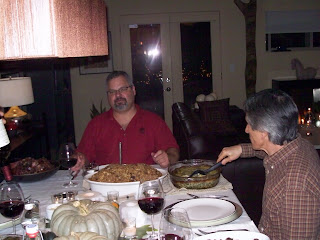 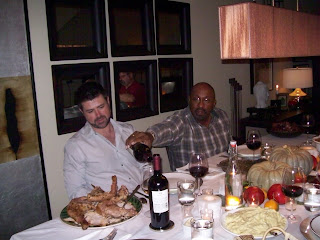 Guests Brent and Rick Digging In!! 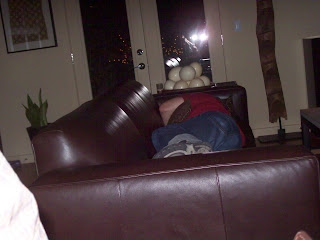 Not too late to share pics of your own--send them to my website. After all, from Thanksgiving to New Years, it's all just one big holiday, right?

A BIG PS-- I said in the beginning that Ken Wall starred in one of my all time favorite shows--Wiseguy. 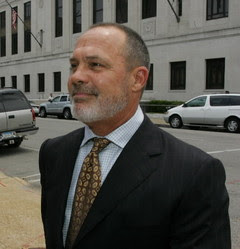 An actor but not the one I was referring to. 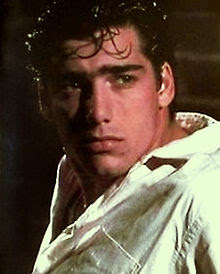 Comments:
Looks like fun, Jeanne. I'll see if the hubby took pictures. I spent most of thanksgiving hiding in the corner trying to finish my ms. We were at my siter in laws, so believe me, it was better for everyone this way, lol.

So, the other day, the tot and I are driving home and she starts sining a song that I know as a drinking song. I'm like, "um, honey, where did you learn that..." and she's like, "school." I tell my husband and he asks what song it is. I start singing and he starts laughing. Aparently it's a camp song. (And aparently I hung out in g-rated bars in college). Uh, yeah, lol. Well, at least she's not learning catholic school drinking songs...

No, those songs come in second grade! Send pics!!

We don't have any pics from our T-Day feast! We are all picture-phobic. But I had my parents up from the Springs and we had a nice meal.

That's the important thing, Gina-- that the day and company made you happy.

Jeez, I had no idea that JM was going to be in Caprica. I am not keeping up with the entertainment news, am I, Jeanne? :)

Hey Carol-- You may have a few other things on your mind, huh? It seems like a long time between D*cons.

Thanks for posting the pics of Lady K and John. It was a good day, even with John feeling so puny. Thankfully he felt well enough to grill the turkey and make his yum green bean casserole.

Love the setting of your Thanksgiving table. Looked like a nice wine set up, too. Nice pairings. *grin*

That turkey's sign is both hilarious and true - thanks for sharing :-)

Vickie-- the "pairings" are what come when you have two gourmet cooks handling the prep. Sam and Clay are both innovative and wonderfully creative! And the food was delicious, too!

Lady K gets more beautiful every time I see her.

Thanks for stopping by, Tez! You celebrate TG, too, don't you?

No Thanksgiving for me - I'm not in the US or Canada. But any excuse to eat good food will do ;-)

Why did I think you Aussies celebrated TG, too? I know now!!