Thursday, December 10, 2009
Bah Humbug!!! Is anyone else feeling stressed? I know it’s early, and I know I shouldn’t be, but damn it, I am!!! In fact, Concord Cal’s Charlie Brown tree just about epitomizes my attitude. 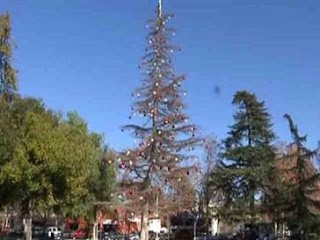 I have to admit, though, it makes more sense then spending hundreds of thousands of taxpayer dollars on an extravagant display. I kind of like it. In fact, I’m feeling better just looking at it. Charlie Brown lives.

What’s new in the world?

Amazon’s Breakthrough contest is back with a YA category:

For the third year, Penguin Group is joining Amazon in their Breakthrough Novel Award contest--which will now add a second prize for young adult fiction. The contest, which starts January 25, will also now be open to novels that have been previously self-published (to not penalize all those existing CreateSpace customers). Alas in a less heralded change the promised advance to the winners has gotten smaller: originally promising a $25,000 advance, this new contest's two winners are assured $15,000 advances each. (Sales of the three contest-related books published so far by Penguin imprints--Bill Loehfelm's FRESH KILLS; BAD THINGS HAPPEN by Harry Dolan; and THE WET NURSE'S TALE by Erica Eisdorfer; have been quite modest to date.

They will accept up to 5,000 entries each in the fiction and young adult categories. The "professional" judges evaluating the three finalists (selected by Penguin editors) are author Tana French, agent Julie Barer, and editor Molly Stern for general fiction, and authors Sarah Dessen and Nancy Werlin, agent Amy Berkower, and publisher Ben Schrank for young adult.

As Judge Wright summarized, "plaintiff simply argues that the works are similar in three particular respects: the marriage sequence, consummation of the marriage on a beach, and the childbirth." In comparing the works, he finds that "the plots and themes in the subject books have little in common," "the settings and characters in the two works are vastly different," oh and also, "the characters are similarly different."

Marriage, consummation and child birth…THOSE were the basis of Scott’s suit? Can anybody say “Frivolous” 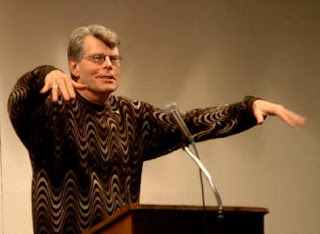 A Stephen King story I really like from Shelf Awareness:

"Gosh darn, I feel almost as popular as Sarah Palin. I'm not sure if she would get a standing O in Vermont," said Stephen King to a crowd of more than 800 fans at an Under the Dome event hosted by the Northshire Bookstore, Manchester Center, Wednesday night.

"You people who are here tonight, go to Northshire Books, and buy that sucker out to the walls," King advised the audience. "Any independent bookstore is a treasure, but this is a very special place to have in the heart of Vermont."

The Rutland Herald reported that "King ended by taking a poke at his own fame and how well he is and isn't known. He said he had been stopped in an Oregon supermarket by an older woman who told him she recognized him and didn't respect what he did. 'I like uplifting things like that Shawshank Redemption.'

From io9.Com: Pride And Prejudice and Zombies to be a miniseries:

File this under TV movies that will be better than the actual book: Pride and Prejudice and Zombies is being made into a miniseries. Check out the possible concept art. 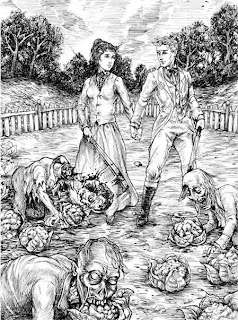 The book's Twitter stream announced that they would be adapting Seth Grahame-Smith's novel for a miniseries.


There still seems to be a lot of confusion generated by the Harlequin Horizons/DellArte fiasco. Michele Gagnon in her blog sums up the difference between vanity and self-publishing. Here it is in a nutshell: 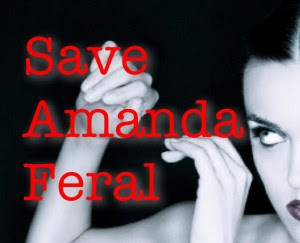 League of Reluctant Adults founder Mark Henry has a unique campaign going - Save Amanda Feral. Click on the link and check it out…and the reasons behind the campaign. Browse on down and see what I had to say about the series. As a writer, I’m hoping this works. Who knows which of us will be next? It’s the underside of the business.

Okay, let’s end with some eye candy. This happens to be the 75th anniversary of the dawn of the Jockey Brief. I kid you not.

So, here’s the question of the week: What’s your favorite Christmas (or holiday) show or cartoon? Let’s make this a campaign to restore Jeanne’s holiday spirit!!  ¶ posted by Jeanne Stein @ 6:41 AM

Comments:
Oh, 'tis the season to be jolly, or grumpy, cold and sarcastic...nevermine, that was just me today. I have too many favorite holiday shows. I love Rudolph, the Grinch cartoon, Charlie Brown and Frosty (the original, not the million and one sequels). We have all three Santa Claus movies too. I know what will help. Watch The Muppet Christmas Carol and sing with the little rats. Who can be grumpy while singing with rat puppets?

You reminded me, I should watch A Christmas Story-- it always makes me feel better. I'm not sure about rat puppets.... but thanks for the suggestion!
J.

We need to watch "Grinch" -- the tot always wears her hair in looped braids and her teacher calls her "Cindy Lou Who."

Oh, did you get the ducks?

The muppets version of the song "12 days of christmas" is one of my favorites.

Hey Suzanne-- yes I did. And watch the mail because I sent the Tot a thank you.. I'm taking them tonight to show Mario!!

You should wear the tiara. :)

I would think the rat puppets might stick in your throat a bit:)

Jeanne: I think you just need to put up some twinkle lights. Just one little set of white ones. No one can resist smiling at twinkle lights:)

Cartoon: How the Grinch Stole Christmas -- no contest, though I do enjoy the Charlie Brown Christmas, as well. Years ago, my husband brought a tree home that closely resembled that one...

Movie: A Christmas Carol (George C. Scott version). I did not watch this last year, as it was our first Christmas without my mother, and I may not bring myself to this year, either, but it does remain my favorite.

A Christmas Story is on in the house the whole 24 hours when TBS airs it on at least two of the 6 (or is it 7?) TVs.
Lady K found a new Christmas movie this year, Gremlins. We found it at Tarjay on Black Friday for $3.99 and she immediately watched it that afternoon about five times in a row.
Those two should cheer you up!