Short and sweet this week, I am focused on finishing this sixth book. And I’m SO close. The weekend in Fairplay put me over the top—I wrote 20,000 words in two and a half days. It’s amazing what you can accomplish when you have someone taking care of your every need… (well, not EVERY need, but Michael comes close.)

My pal Susan Smith took some pics and I’m hoping she sends them on so I can post them here.

Got my Comic Con schedule for those who may be attending: Thursday, July 23, I sign at the Penguin Booth at 11 AM

Saturday I’m on a Bram Stoker Panel: Bram Stoker: The Joss Whedon of his Day? Room 5AB 11:30 Am with autograph session to follow

Love the topic – if any of you have any comments or suggestions, send them on!

Another reason to attend this year:

Before the cult hit (Dollhouse) returns (filming begins next month !), fans can get their fill of the dolls at San Diego’s Comic-Con. The unaired 13th episode from season one, titled “Epitaph One,” will remain off FOX broadcasting channels, but fans will be lucky enough to see the episode — and Whedon and star Eliza Dushku — during a two-hour panel.

Kris, are you seeing this?

A Video game based on the show is apparently in the works.

Dorchester is taking the cell craze to a higher level—

Dorchester is behind another innovative contest for unpublished writers. Authors ages 18 and older are invited to participate in America’s Next Best Celler, a literary challenge that pairs the emergent cellular generation with the traditional publishing model. The contest will award a guaranteed publishing contract with Dorchester.

Mentioned Salinger suing the author of 60 Years Later: Coming Through the Rye. Well, guess what?

Publisher of Sweden's Nicotext Fredrik Colting has now admitted that he wrote 60 Years Later: Coming Through the Rye and invented the pseudonym JD California. (A photo that ran in the Telegraph depicted a friend of Colting's who is an actor.)

Colting claims not to have understood he was echoing Salinger's name with his pseudonym: "Somehow, John David California sounded like JD. I didn’t think about that actually. I just thought it sounded cool. Of course afterwards, I see the resemblance."

And this, just in from the AP:

US District Judge Deborah Batts issued a temporary restraining order preventing publication for at least the next 10 days of "JD California" (Frederik Colting's) book (originally called a sequel to Catcher in the Rye), finding "substantial similarities" to the original novel. She said "I'll issue a written decision as quickly as I can."

Batts was highly dubious in the initial hearing that Colting's book offers any protected commentary or parody. "Let me be clear," she said. "I am having difficulty seeing that it exists" at all. Colting's attorney Edward Henry Rosenthal "did not dispute that the character is meant to be Caulfield years later."


See, I said short but sweet. Promise more pics and stuff next week. Mario explained in great detail how to post videos so I will be on the lookout to see if I can find one to experiment on because we all know, anything he can do I can do better…..

PS Tuesday, June 22 at noon, Mario, Warren Hammond (Gina, alert) and I will be signing at the Barnes and Noble in Greenwood Village: 8555 East Arapahoe Road

PPS – Didn’t get a chance to play last week, so I have to make a couple of comments here about Mario’s post 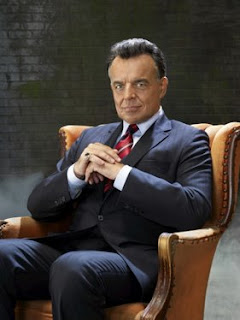 Comments:
When I saw this pic on my blogroll, I knew you were going to talk about Satan....epitome pitch(fork)-perfect representation.

You'll be at comicon? Cool. for some reason i thought I was the same weekend as the RWA national conference. Not sure if we'll make it down. Tho we have legoland tickets, lol. Can I leave the tot and the hubby at Legoland and come see you and the Dollhouse pannel? LOL. I am jealous of your reteat. I'd love to do something like that. 20,000 words in 3 days is way cool. I just did that but I did it becasue I ave an obsessive character not becasue I had someone to take care of me. Sigh. For some reason the tot likes to be fed. Often. And read stories. And played with. LOL. Today was the last day of preschool. So sad. Snif. She says hello.

You are superwoman for sure!!!

It's not me, lol. It's my character. I'm actually working on another WIP i'm trying to finish before the RWA nation convention. This character decided she was tired of waiting and took over, lol. (Ok, this sounds very weird, lol, my characters talk to me :)) I don't think she'll stop untill her story is done, lol. Actually, I hope she doesn't. As much as I want to conflict on her for interupting my nice to-do list and chart of work, I'm greatful for this inspiration. This kind of inspirtation doesn't come often and when it does it's usually a short burst, like I'll have a week or two where the first third of the story writes itself then I'll struggle for months with the rest of it. I'm at 25,000 words and it's very intersting to see this story unfolds. It's not in the genre I've been focusing on and well, she's nuerotic, but sometimes those are the most fun to write.

I've got to make the tot more breakfast so I can get to work (I think she's growing, lol). Happy weekend!

Have fun at the signing. I will be in corporate slavitude downtown at the time. Greenwood Village might as well be on the Moon for me.

Did you hear that Who Else Books is being forced to relocate? Sounds like a better location. They've put out a plea for assistance moving...

I want to know if Warren won already.

Far from hiding, I'm just about in a place to try for lunch or coffee again Jeanne.

Suzanne, This character decided she was tired of waiting and took over, lol. (Ok, this sounds very weird, lol, my characters talk to me :))

Not weird at all. You sound like a writer! I carry my characters around in a bubble over my head and talk to them all day long...

That could explain why I get such weird looks in the grocery story.

Hey Gina-- As soon as we know if Warren won, we'll let you know. He finds out Monday afternoon.

I think in a couple of weeks, I'll be ready to venture away from my writing desk, too--

It must really give people a scare when Anna is in full vamp mode floating above your head in the grocery store.

So -- I also received my RMFW newsletter in the mail this week and see that Mario is up for Writer of the Year!

Vote early, vote often all you RMFW folks on here.

Well, it's good in a way because people don't crowd me with their carts, that's for sure.

And yes, Mario is up for WOTY--he's such a copycat... I got it last year so naturally, he's got to follow suit.

Gina said: It must really give people a scare when Anna is in full vamp mode floating above your head in the grocery store.

Lol that really gave me a laugh. Thanks I needed it!

Jeanne, the best "Satan" I've seen was when I saw him played by David Ogden Stiers. That man is a great actor, and in that role I felt he was the embodiment of pure evil. He was sweet on the outside when he needed to me, manipulating people right and left, but would take you down - laughing all the while.

If anyone is going to be at the comic con you should try and find the book signing for Jillian Venters. (she hasn't released a time or location yet - just the fact that she will be there.) Her non-fiction book "Gothic Charm School: An Essential Guide for Goths and those Who Love Them" is being released in the end of this month. It's her first book, but she's been maintaining a blog on the subject for the past almost 11 years. I'm wishing I could be there but I'd love to at least send someone to go in my stead :p think of a Gothic Miss Manners who wears really nifty pseudo Victorian clothes, top hats, listens to Bauhaus, watches horror movies and reads vampire novels. Oh ... and likes cupcakes.

She is the wife of fantasy artist Pete Venters.

Thanks for the tip, Leia-- I'll look her up.

Well, women do lead the way naturally! We are in the presence of such greatness.

The big difference for me is last year I wasn't at Colorado Gold and this year I will be. So I missed your ascendancy to the throne. (shame on me)

But I'm rootin' for a good show from the home team this year.

(How's that for mixing metaphors?)