Both Jeanne and I are on deadline death march. I'm neck deep in revisions for my new Felix Gomez book. Got the cover. Whatta ya think? Here's the freaky part. Compare it to the original cover for Jeanne's first book. 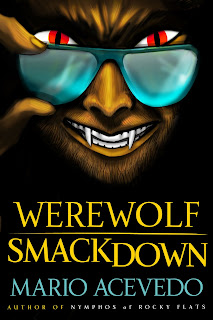 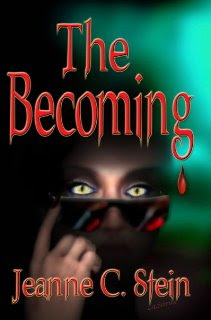 Once Jeanne and I catch our breath after deadline, we'll post an awesome contest, the most exciting ever. Get your thinking caps on and set them to KA-ZAM! But the subject remains a secret to keep you type A's from jumping the gun. 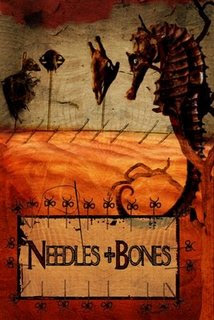 In the meantime, to satisfy your contest jones, check this contest from RudyG about this anthology on La Bloga.

"Needles & Bones is a collection of poems and short fiction by a double handful of brilliantly creative artists-with-words. It begins gently, with fairy tales, but its tendrils of surreality spread from the stories of our childhood, into our adult world, and on to places beyond our own. We visit heaven, and hell, and places we might never imagine, peopled by creatures who are only sometimes like us."

"RudyG contributed Memorabilia, the crazy story of Tomás Chaneco Martinez, a near-immortal Aztec shaman-sorcerer, who finds himself in contemporary, rural, northern New Mexico. He's gotta clean out decades' worth of knick-knacks that somehow found their way into his adobe. It seems that his nemeses, some ancient dragons, have taken possession of the things and are threatening to disturb more than his sleep. What starts out as a spring housecleaning turns into a series of fantastical encounters that Harry Potter would never have survived. Anyway, if you enjoy fantasy, dragons, azteca lore, No. New Mexico, and maybe a little humor, I expect you'll like this one."


Fellow critiquer Terry Wright has updated his website. One of his new features is to spotlight his favorite authors and our own Jeanne Stein is on stage. 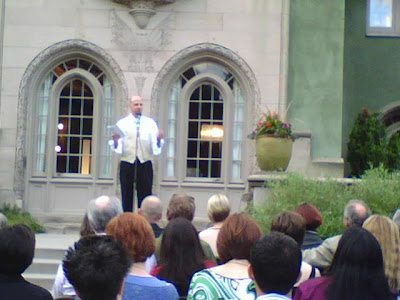 The fabulous Lit Fest is over. Last Friday, Lighthouse Writers Workshop hosted the final party that made you feel smart and beautiful just being there. (Yes, even me.) Here is Executive Director Michael Henry emceeing the ceremony for the Beacon Award, given to the best faculty member, which this year was screenwriter Alexandre Philippe.

SIGNING ALERT! Jeanne and I, along with Warren Hammond, will be signing this Tuesday, June 23, noon-2pm, at the Barnes & Noble, Arapahoe Marketplace 8555 East Arapahoe Road, Greenwood Village, CO 80112.

And our favorite young adult vampire author, Richelle Mead, continues on her path for world domination. From Publishers Lunch:

Comments:
Mario, is there no title they won't let you use? :) Great cover! And thanks for the shout out!

Holy feck! Your cover is scary, and not necessarily in a good way. But I'm frightened of facial hair, so I'm obviously biased ;-)

What do YOU think of the cover Mario?

My first thought was EGAD! I didn't picture Felix quite so feral.

My second thought was -- no more chica silhouettes. Which seems odd.

And you wonder why Anna keeps spurning Felix's advances?

For the record, that is a werewolf on the cover. Felix is clean shaven but still very feral in the love department. That's why Anna stays away.

Love the wolfy look! It is similar, but no fangig. Too Cool.

Richelle that was my first thought. I didn't even have to read past the title to know who it was. I also concur with Jeanne and Gina. Very fangy werewolf.

Anna is one smart chica. ;)

I don't know if this is comforting or not, but I spotted a few of Richelle's titles in Wal-Mart this weekend.

My barometer is if you've made it to Wal-Mart, you're definately In like Flynn. Wal-Mart/Safeway/King Soopers are the bookstores for people who don't see themselves as book people.

I've seen Mario's books there too.

My books in Walmart? Right next to the boxes of tuna, no doubt.

No -- I think they were sandwiched between Charlaine Harris and J.D. Robb.

Mario doesn't get out much.

Diggin' the cover! Can't wait to add it to the nightstand.

You know -- I shouldn't be too hard on Mario -- he did a nice thing and walked me to the light rail in an unfamiliar (to me) neighborhood a few weeks ago.

Plus I'd just finished up taking a class with him and he said enthusiastic things about my character.

So today is be nice to Mario day. Tomorrow I'll say something fishy about tuna.

I also agree that being at Walmart/Safeway/Sams/etc is a mixed blessing. It's not the place you aim for I woudldn't think, but I've seen a lot of people book browsing there "just because." In fact, I'm guilty of buying my Charlene Harris books there b/c it saved me a trip to the bookstore (like I'm not already at the bookstore twice a week) and I thought I might as well pick it up since it was there anyways. Also in small towns that don't have a bookstore, that might be the only place people can go book shopping without having to go online. Therefore you have the edge on convenience AND on the crowd that doesn't like shopping online for security reasons (there are a lot more people out there than you would think.)

Also as a side note, Mario I kid about the title but I must say that is indeed an evocative one if nothing else. It makes me want to pick it up ad figure out why Werewolves are going all WWF (even though I have a sneaky feeling that is not what the book is about :p )

Best of luck to you both as the deadlines draw near. I know that we all look forward to enjoying the the results :)

Hey Richelle-- Great news!! I originally thought you'd be here during Comic Con time but that's July, not August. I tend to get confused.

Look forward to seeing you!

Oh no! Richelle, I'll be at Bubonicon (Albuquerque NM) on Aug 28. Jeanne should show you around (Don't expect much. Her idea of dinner out is microwave burritos from 7-11) I'll give you maximum pimpage.

If Mario's out of town that means the girls can play!