We've got good candidates for our favorite villain contest. However, there are still plenty of baddies out there. To include: 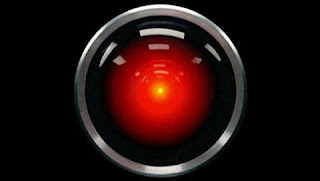 HAL, proving that even computers can be psychopaths. 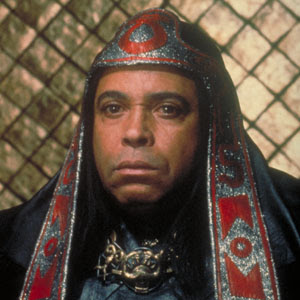 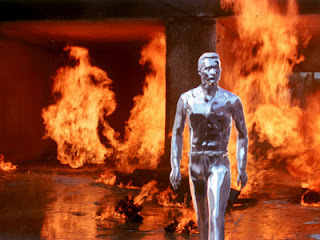 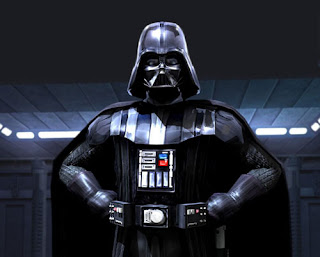 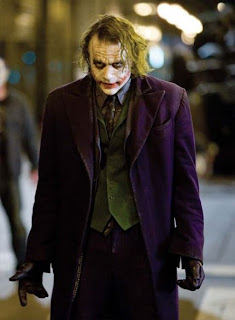 Heath Ledger did an awesome, menacing job but... 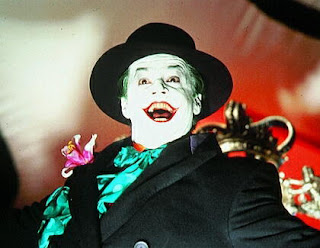 to me, the nutty and dangerous Jack Nicholson is still tops.

Not quite a real villain. Guess who? 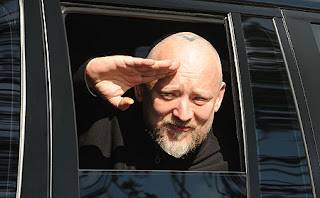 Can you believe it? It's Boy George, real name George O'Dowd, on his way home from prison. O'Dowd was in the can for assaulting and imprisoning Norwegian male prostitute Audon Carlson. O'Dowd's lawyer said it was a sad case of "two drug-crazed idiots."

For the weird news of the week, how about this? When the British police are not busy locking up former Culture Club members, they're developing bullet proof turbans. What every hero and villain needs.  ¶ posted by Mario Acevedo @ 6:17 AM

Comments:
If only bullet-proof Mexican wrestling costumes were being developed :-(

Yes, I need one of those. But is it tosser proof?

Of these options, I have to put my weight behind Robert Patrick's liquid metal badass T-1000. I think my favorite villain ever though is the Cigarette Smoking Man from X-Files. Was there ever a guy easier or more fun to love to hate?

The Inevitable Zombie Apocalypse : 11:24 AM

I'm so ashamed that I did not think of Hal at ALL. I think that National Geek Coolition (NGC)just called and revoked my Geek Cred Card.

I would like to be the first to nominate a group of people as villans and suggest the Terrans of non-Darkoverian descent from Marion Zimmer Bradley's Darkover books. Darkover and Terran cultures are constantly at odds as Terra trues to constantly find ways to infiltrate the Darkoverian Houses and culture to impose their own way of being.

Boba Fett - you don't have to talk much to be an insanely cool bad guy.

Bowser - did he have nothing else to do but kidnap Princess Peach so that Mario woudl rescue her? Also, not very many villains I know of that can be killed by jumping on thier head three times.

I would have to go with Christopher Walken. In anything. Doing anything. Acting, reading a book, smiling at children. Everything is scary when he does it. The man is freakiness on two legs. Most psychos come at you with a chainsaw...he comes at you with an exacto.

Have to go with Hannibal Lector. Cannibal, crazy but ever so much fun. At least in the first two books.

Cruela Deville! She's so evil! Puppy Coats? I love my dogs and all, but not enough to make them into coats.

Oh, there's also Freddy Krueger. If I'm not even safe in my dreams, where am I safe?!

Melicent (sp?) from Sleeping Beauty and the Evil Step-Mom/Queen in Snow White. Early Disney sure knew how to make them scary. I didn't see either of those films until my late teens b/c I was too scared as a kid. I have YET to see Bambi, but I'll wager the huntsman in Bambi should be up here on the BagGuy list as well.

The scary thing is I've been plagued with Culture Club tunes from my misbegotten 80s youth in my head since Mario posted this...

Watch Christopher Walken in the video of "Weapon of Choice" (which if you don't know is ALL DUNE) and any hopes of him ever really being a convincing bad guy will vanish. (its out there on the web free)

That is tied for my favorite music video of all time, with the SNL video version of "You Can Call Me Benny".

I laugh just thinking about them....

"Walk without rhythmn and you won't attract the worm."

(and hey.... how about best hero AND villain in one as a category? Paul? His son?)