As a follow up to our recent contest, we noticed that while many women were depicted as heros, there were few female villains. So here at the Biting-Edge world headquarters, we squished our brains together and poured through our extensive pop culture files.

Interestingly, the first female villains that came to mind are from Disney. 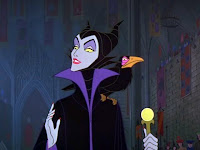 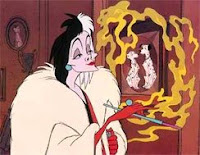 Cruella DeVille from One Hundred and One Dalmations. 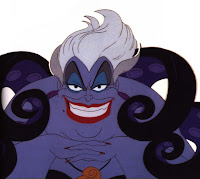 Ursula from The Little Mermaid.

In traditional movies we have: 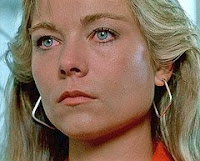 My favorite, Theresa Russell as the icy serial killer in Black Widow.


And the champion female villain? 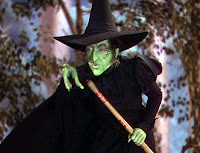 Margaret Hamilton as the infamous Wicked Witch of the West in The Wizard of Oz.


Chime in if we missed your favorite.

If you want to read about a thoroughly demented female villain (and stalwart female heros), check out my review of Nancy Taylor Rosenberg's latest thriller, The Cheater, here at The Big Thrill.

The fabulous Lighthouse Writers Workshop is in the starting blocks for their annual Lit Fest.
I'm teaching a couple of classes, Rhetorical Devices: Not Just For Poets, and What Was the Question?
During the fest there will be lots of workshops, salons, and parties--words, wine, and music.

As part of the pre-Lit Fest activities, I attended their salon, The Draft: An Occasional reading Show. Two of the readers were poet Wendy Fryke 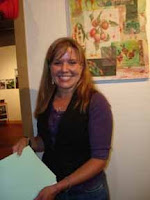 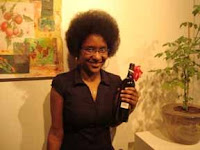 Joan Collins' character on Dallas? I don't remember her name but my adolescent self remembers her as quite evil.

And just about every Morgan le Fey. Also, in that recent miniseries, Mab was quite evil.

Closer to my heart -- from Xena, the wretched Alti was irredeemably evil. And Callisto made my skin crawl, but as you got to know her you just wanted to cry for her, she was so damaged. Her ultimate redemption was one of the more beautiful story arcs of Xena.

And what about the Alien that Sigourney Weaver had to keep fighting?

The fact that you didn't include Linda Fiorentino as Bridget from The Last Seduction, frightens me. She's so Coke Can. Seriously. If you haven't seen it, do so. Now!

How about the female terminator in Terminator 3

Oooohhhh and evil Willow from Buffy. Where she flayed that guy with a flick of her wrist. That was nasty.

Awesome choices. How about Kathy Bates as Annie Wilkes in MISERY?

Great choices thus far... here are my faves to add to this discussion.

3: The very devious and deadly Moms; Irina Derevko from Alias and Christina Scofield: the really not nice mom to the Scofield brothers on Prison Break.

4. Rosa Klebb who's out for Bond's blood in From Russia With Love.

Ahhh how could I not have recalled? The Joan Collins mention triggered it..... Angelique the Witchy from Dark Shadows.... probably didn't help my recall that I had a crush on her....

And Lilah from Supernatural.... eating babies?!?!?! (And frankly, Ruby in Supernatural after the revelations of the season finale.

Now how about some real life female villains?

You know, I have to add the supervillianess that I loved....Kathleen Turner in Serial Mom....she was very creative with golf clubs, scissors, and cars.

Real life --- Lizzie Borden of course, although there has been some debate as to whether or not she actually committed the murders.

I think Joan Collins was Alexis Carrington?? And the blond lady was Crystal. This is reaching way far back into hidden crevices of my brain. Nobody's been there for years.

I've always thought there was something diabolical about Barbara Bush. There, I've said it.

Barbara Bush a villain? OMG! SHEESH!!! Now if you said Nancy Reagan or Eleanor Roosevelt I might agree, but Babs????? Might as well add June Cleaver....and Donna Reed... ever wonder where they got those pearls they vacuumed in?

IIRC the blonde was Linda Evans, ex of The Big Valley and of John Derek who of course later married Bo Derek.

Boy Howdy, Real Life Female Villains... hmmm... again not many to choose from that are infamous.

2. All the mothers in the news over the last decade or so that have murdered their children. Sadly too many to mention.

5. Mary Stuart (Queen of the Scots)

Me thinks that's all I can come up with for Real folk.

I wish we could re-edit our posts. Sheesh... I meant Tokyo Rose. Forgive me.

Well, I've just heard things about Babs that makes me think she's not as pearly as all that. Or maybe it's just me looking at her diabolical brood and figuring they all drank poison with their mother's milk.

And she said some nasty things in regard to Hurricane Katrina refugees.

But I adore Eleanor Roosevelt.

How about the clerk at Safeway who always gives me the stinkeye whenever I try to cash a check?

Or that strange clerk at the IGA who keeps putting my eggs in the bottom of the bag....ever try to eat a dozen eggs in one sitting? Ewww... enough to put you off eggs indefinitely....

The Wells Fargo bank teller supervisors are also evil. I swear, every time I go into WF (like once a year it's so traumatic for me) there's the teller, and there is the supervisor who stands behind the teller watching their every move.

While the poor teller is trying hard not to let their hands tremble or break into a visible sweat, the supervisor keeps one eye fixed on the teller's hands at all time and the other fixes on YOU -- suspicious character that you are trying to take money out of your own savings account. They also spew forth a constant barrage of questions aimed at selling you on more of their evil services you don't need or want.

I always leave Wells Fargo rattled to the eye teeth and feeling violated due to their nefarious supervising ways, reminding myself I really need to find an alternative back-up savings account (They are not my main bank, I just keep a little money there in case I need cash and can't get to my main bank, which is farther away.)

So are the Wal-Mart people who are SUPPOSED to clean the restrooms. They are VERY evil. I swear they take their cleaning schedule advice from that historical lady (I forget who it was) who said she bathes twice a year -- Christmas and her birthday -- whether she needs to or not.

And when Wal-Mart does get around to cleaning the restroom they dip the smelly water out of the toilet to clean with, so they can make claims that Wal-Mart recycles.

Clearly my answer is to shop at Wal-Mart less. Or at least make sure to "Go" before you go.

Elizabeth Bathory: She is possibly the most prolific female serial killer in history and is remembered as the "Blood Countess". She is from the same region as Vlad The Impaler came from and we all know who he became in legend/myth...

Now about the turn of discussion here... WalMart. Arrgh! Great... you can save money shopping there. It serves a purpose. Wonderful... then tell me one thing... why is it that everytime I go to Walmart I enter it backing out?

Well, I don’t think Wal-Mart is intrinsically evil (just the people who are supposed to keep the restrooms clean, and maybe the board members). It’s a corporation and its successful because we shop there.

In any event, I shop there for certain things and don’t get worked up about it being “Wal-Mart”. Because it’s 1 ½ miles from home and I don’t feel like running all over creation and burning gas for the simple things I buy there. Like this weekend I bought a utility hook for the wall and socks for my dad for Fathers’ Day.

Don’t ask -- the man is notoriously hard to shop for and after four decades of trying to “surprise him” if he says “just get me a pack of socks” I just get him a pack of socks. I’m not going to drive 8 miles to a mall to buy socks for him. If I give him mall socks I’ll get a lecture that I spent too much on a pack of socks, and then for Christmas he’ll tell me not to get him anything. Then on Christmas we’ll be all tense because I got him a “surprise gift” he hates (last year’s bomb was a nifty tire gauge for the car, which he promptly found a way to give back to me after dragging me to the store to find something a little different), and he’ll tell me “just get me socks next time.” Or worse, I’ll get him NOTHING (since he told me to) and then he’ll be pouty and spit in the eggnog. Been there. Done that. Easier to just get socks at Wal-Mart when he asks for them. And keeps notes – he’s like my personal character study.

Besides, I like to browse the book section at Wal-Mart and keep apace of the current trends in pop fiction.

Atticus said - Elizabeth Bathory: She is possibly the most prolific female serial killer in history and is remembered as the "Blood Countess". She is from the same region as Vlad The Impaler came from and we all know who he became in legend/myth...

She is also the inspiration for one of my favorite songs ever - the three part "song" Elizabeth (I,II,III) by Prog Power Metal group Kamelot. 10+ minutes of heaven

As for myself I try to avoid things with female villians b/c they can out creep/ out evil the guys in a heartbeat. I have been on the receiving end of enough female cattiness that I prefer to avoid it when not in real life lol.

(PS sorry about all the deletions - I kept submitting it before I was finished typing.)

@GINA: At some point, as with my father you realize that a man reaches a point when he has enough socks, golf shirts w/pocket on left breast and handkerchiefs to last him the rest of his life. My dad is 82. There isn't a classic car photo book he doesn't already have or need. He doesn't read books much and he never goes to the movies.

So what did I buy him for his Birthday? A bizarre 'thinking outside the box' item. He loves classics cars. So I purchased/adopted on his behalf 1 year of car care i.e. washing, waxing etc and his name on a plaque for all to see at the Harrah's Car Museum. The car? A red sportster convertible owned by Lana Turner. I know it's crazed but he also gets a bi-monthly classic car magazine as well.
Besides now he can tell his friends that he's waxing Lana Turner. I even had a picture taken of me pointing at his name plate in front of the car.