Yes, I was an RT virgin but no more. I was deflowered, not too gently but not so rough that I couldn't sit. Much booze helped.

I've been to BoucherCon, Thrillerfest, various Fantasy cons but RT was a nuclear blast of fun. Wow!

Location of the debauchery: Wyndham Orlando. Most of us expected a typical conference hotel: tall, vertical, long elevator waits. But this hotel was laid out resort fashion. Plenty of squirrels and lizards. No gators and very few cougars. Many drunks. 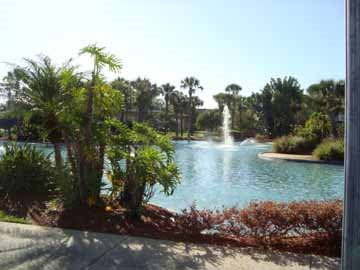 The League of Relunctant Adults was deployed in full force (almost).

Big News. Our own Jeanne Stein won Reviewers' Choice for Best Urban Fantasy Protagonist, Anna Strong. I took lots of pics at the award's ceremony with Jeanne's camera (little good that does me now) but I have this photo of a very merry Jeanne at the dinner party afterwards. 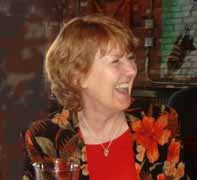 The more famous she gets, the harder it is to find her. Richelle Mead remains undercover. Michele Bardsley on the left. (Also a Reviewers' Choice winner for Best Vampire Romance.) 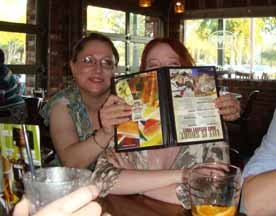 How could it be an RT con without costumes?
NYT bestseller Heather Graham showing that she has something besides black in her wardrobe. 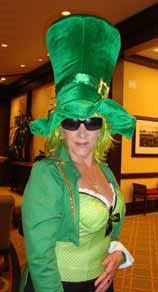 A steampunk Dorothy with scarecrow bodyguard. 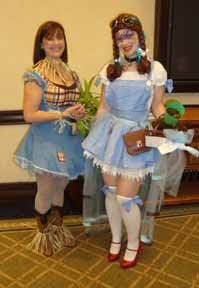 Punked! Another RT virgin gets the full League treatment.
Jaye Wells was forced to wear the infamous gun bra and sing She Bangs. The mean streets of Plano, Texas, were never this gritty. We'll announce the video as soon as it's out of the can. 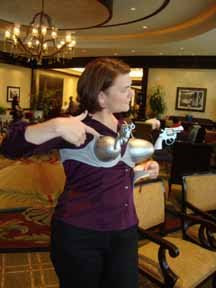 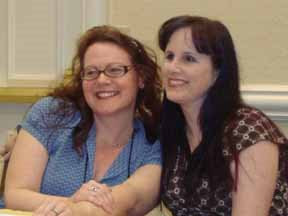 Leaguer Mark Henry is shocked, shocked, by the erotica he finds at RT. Had to read everything twice to stoke the outrage. 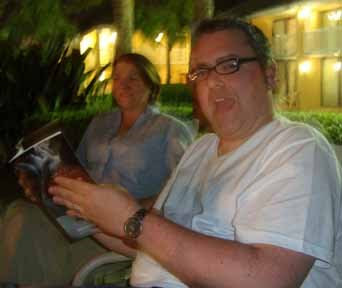 The busiest place at the con was the pool bar. Lori Armstrong answers Renee George's interview questions for Bitten By Books. 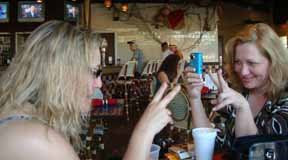 After a week of panels and parties, we authors got the chance to meet the readers in mass at the Saturday book fair.

The very shy Dakota Cassidy at her booth. 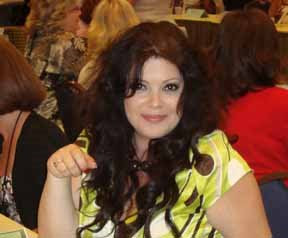 Arrgh! Final night of the con, the League boarded the HMS Cheese for a pirate show. The acting improved with every glass of rum punch. 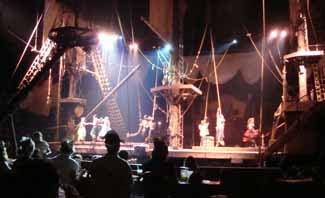 Our stray. We picked up a new Leaguer, ex-cop Diana Rowland, from New Orleans. Watch for her book, Mark of the Demon (Bantam Dell, summer 2009). I didn't have any pictures of Diana where she didn't have her tongue wrapped around something except for this shot of her wearing a lighted pirate skull. 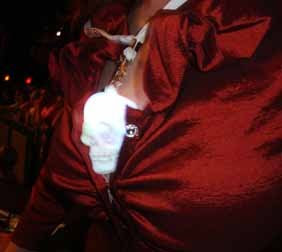 For more great pics (including me wearing spoons and a lemon), check out Richelle Mead's blog with all its weapons grade snarkiness.  ¶ posted by Mario Acevedo @ 7:58 PM

Comments:
I just found that potato you claimed you "lost."

Armstrong at the bar. What a shock that is.

Nice pic of you with spoons and lemon.

You learn all sorts of things at RT. I'm sorry I miss this one.

I love how Jeanne covered the Who What When Where of RT and you provided us with coverage of the Gun Bra, Steampunk Dorothy, and rum infused revelry. Nicely Done.