Wednesday, February 27, 2013
Geek Alert Hi all-- because I'm in the middle of rewrites for two books and just finished a short story for an upcoming anthology, this is a desperate effort to post something to keep Mario off my ass. Although I must say his last post was more entertaining rant than anything else. I especially liked:

If you want to make it big in this business, you need to write a good book. One that resonates with readers. The word-of-mouth thing. Every writer's blog, tweet, and YouTube video is done in the hopes that it'll go viral. But as any honest agent or editor will tell you, success in publishing depends as much on "and then God smiled" as it does anything else.


Anyway, I have been looking forward to this movie so decided to share the following tidbits from insidemovies.com : 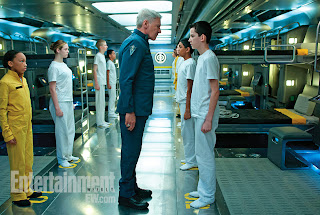