Thursday, January 24, 2013
More Excuses... I spent the last week in revisions for Anna 9 (Blood Bonds); writing a short story (One Good Deed) for Fiction River Anthology Magazine; and working on the second in my Fallen Siren series (no working title yet). It's been a long (but productive) week.

The upshot is I didn't have time to gather any pearls for this week's blog. I did see this, though, from the Examiner:

Hollywood's a-buzzin' with news about a new film called "Imagine" which is set to star Al Pacino, Julianne Moore and Jeremy Renner. The movie, scheduled to start filming this Spring, was inspired by the true story of an aspiring folk musician who received a letter from John Lennon 34 years after it was written.

The letter never reached the musician at the time because it was intercepted and wound up in the hands of a collector. It was thirty-four years before the intended recipient saw it.

I realized when I released the blog early on Thursday that I didn't mention why I would be interested in this -- I have just about everything written by and about the Beatles. I wasn't aware of the book mentioned in the article, though, The John Lennon Letters. I am now. 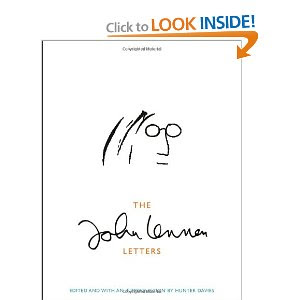 A writing contest some of you may be interested in:

New Eligibility Rules. Put your work up against the rest! The Sandy now welcomes published authors. The entry MUST be original and uncontracted at the time of the contest deadline.

No self-published works will be accepted.

Also, this year we are capping the entries at 250, so enter early!

We are doing away with snail mail entry forms this year. To enter, everyone must fill out the electronic entry form. We will still take checks mailed to the CBWriter PO Box for those who do not wish to pay via Pay Pal.

Not much prize money but final judging will be done by editors and agents. Rules and entry forms here


While we're on the subject of writing, check out Cindi Myers Market News for info on which imprints are buying what. Check it out  here

And did I say I was finished with revisions for Anna 9-- wishful thinking!

See you next week--