What I'm reading this week: Velveteen by Daniel Marks.


I've been cycling through the noir, hard-boiled series on Netflix, and the newest in my queue is Justified. The title song by Gangstagrass captures the modern, jagged rural tone of the show: country hip-hop. Like my other favorites--Breaking Bad and Sons of Anarchy--it's locked-n-loaded with tough guys and their molls, but all three programs have distinctly different plot structures. Justified is more like your typical one-hour drama where the main story question is answered before the end credits. Sons of Anarchy is soap opera (though with gun fights, shivs, beat downs, and disfigurement with a gas welding torch) where the emphasis is on character development, and we see how their paths and motivations braid together. The main draw is the scheming between the characters since we're not sure where the story is heading. In Breaking Bad, we're freight trained by the plot in that we know there's going to be a showdown between Walter White and his brother-in-law, the DEA agent Hank Schrader.

John Scalzi opens his kimono to share his analysis of the sales for Redshirts in hardcover, ebook, and audiobook formats. Healthy numbers all the way around. Of course it helps that his audiobook was narrated by Wil Wheaton. Scalzi makes the argument his ebook sales were bolstered by science-fiction fans who are more tech-savvy and thus likely to have an e-reader.

Then we have this post from Marie Harte who discusses the nuts-and-bolts needed to earn a respectable living writing mostly ebooks. But unlike Scalzi, Harte writes erotica and romance for a readership not necessarily defined as tech-savvy. (According to Publishers Weekly, in 2010, science-fiction represented 19% of ebook sales, and general romance, 14%. Erotica wasn't listed separately.) 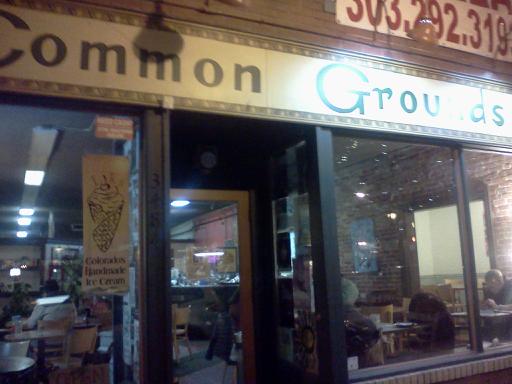 Every writer has their favorite coffee shop, and here in the Highlands, Common Grounds is home to many a scribe and their lap tops. For now. Although Common Grounds is practically synonymous with the 32nd and Lowell neighborhood (Portlandia, we laugh at you and your theatrical hipster-ness) and for years was the one place that offset much of the area's sketchiness, it's become a victim of the gentrification it helped usher. But fear not. Common Grounds is not disappearing, only putting down new roots in the Sunnyside neighborhood to the east.