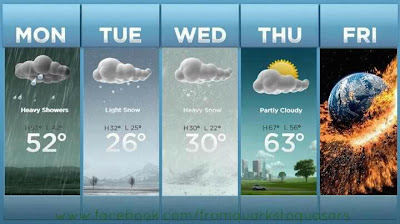 Well, it's almost here. One day before we all disappear in a ball of cosmic dust.
Or not.

If this was your last day on earth, how would you spend it? Would you think of all the things you wished you had done? There was a wonderful series on television a few years ago called Dead Like Me. Wikipedia has a rundown, if you're interested. Anyway, one of the most poignant episodes had to do with the reapers sorting the last thoughts of mortals. Know what most of them were? Regrets. Regret for a love that was never expressed...for a trip that was never taken...for a dream not pursued because of fear.

I don't expect the world will end tomorrow. Or the day after. But maybe it's good to be reminded of the threat every so often. Maybe it's a catalyst to take inventory of what's important in our lives.  To make sure we take that list of things we plan to do and turn them into a list of things we do.

I'm taking my own advice.  I've already started my list. Oh, and on Friday, I'll be spending the evening with my critique group. Our annual holiday get together. If the end does come, I'll be in good company. I hope you are, too. 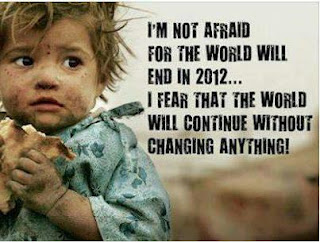 PS Both graphics are from Facebook - The first,  by Josh Davis via Tea Party Standup.
The second, a photo shared by Jdc  ¶ posted by Jeanne Stein @ 4:38 AM