I got tagged a couple of weeks back by Scott Browne who was trolling for victims for The Next Big Thing blog meme. I mean, this multi-level marketing approach to pimping our books was certain to go viral and get us scads of publicity. Yes!

My Next Big Thing? The University of Doom.

Where did the idea come from for the book?

Am not sure. Like most of my ideas, it materialized from the fog of a hang-over. Or while I was speaking in tongues.

What genre does your book fall under?

Which actors would you choose to play your characters in a movie
rendition?

A cross between an adolescent Boris Karloff and a young Cantinflas. 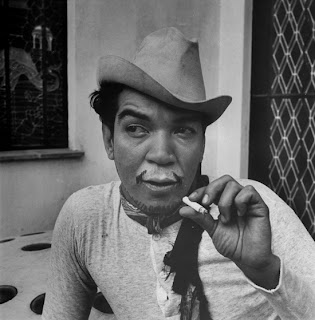 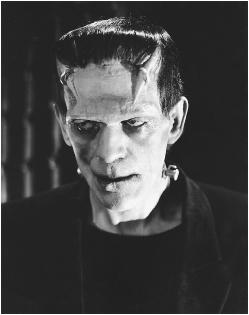 What is the one-sentence synopsis of your book?

Young Alfonso Frankenstein battles the evil James Moriarty to save his middle-school ass. And his dad's.

Will your book be self-published or represented by an agency?

The gods will decide.

How long did it take you to write the first draft of your manuscript?

What other books would you compare this story to within your genre?

Frankenstein (duh!), Lord of the Flies, and anything by Tim Dorsey and Tolstoy.

Who or What inspired you to write this book?

Utter and complete desperation. That and the voices in my head.

What else about your book might pique the reader's interest?

If you love robots, monsters, and middle-schoolers reanimating the dead, this is the book for you.

Below are the people I tagged. All great writers and worthy of gold-plated pimpage.

Aaron Michael Ritchey is a writer and inspirational speaker from Littleton, Colorado. He belongs to several writers organizations and will be the emcee of the Pikes Peak Writers Conference in April 2013. Thank you for letting him share his stories.

About Jaye Wells. After several years as a magazine editor and freelance writer, USA TODAY Bestselling author Jaye Wells finally decided to leave the facts behind and make up her own reality. Her overactive imagination and life-long fascination with the arcane and freakish blended nicely with this new career path. Her Sabina Kane urban fantasy series is a blend of dark themes, grave stakes and wicked humor. Jaye lives in Texas with her saintly husband and devilish son.

Rudy Ch. Garcia’s noir detective story LAX Confidential appeared in Latinos in Lotusland, Bilingual Press (’08). His Southwest fantasy, Memorabilia (honorable mention in Writers Digest competition) appeared in Needles & Bones, Drollerie Press. A SF-fantasy flash fiction piece A Grain of Life is viewable at AntiqueChildren.com (’09), and a humor-fantasy-horror, Weird Ronnie, took first place in an AlternateSpecies.com competition in Britain. The fantasy story Mr. Sumac published in AQC’s journal Kingdom Freaks & Other Divine Wonders, Spring 2012. His SF short Last Call for Ice Cream was accepted by Rudy Rucker, Sr., for his Flurb webzine #13, 3/12. Garcia is a quasi-ex-member of the Northern Colorado Writers Workshop, holds a B.A. in writing from the University of Colo.-Denver and works as a Denver-area bilingual elementary teacher. He is a founder-contributor to LaBloga.blogspot.com, a Chicano literary website.