What I am reading: The Yellow Birds by Kevin Powers 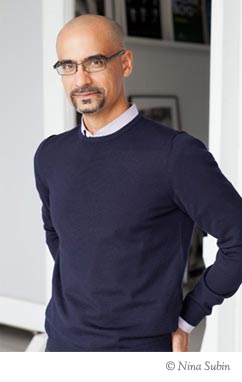 I have to admit a desperate fight against the green-eyed monster when I attended the Lighthouse Writer's Studio with Junot Diaz. What writer doesn't dream of filling an auditorium with an audience who have paid money to see him? As people crowded into the theater, I waited, stewing in jealously, to find out just how good
Señor Diaz could be.  His short fiction has been published in The New Yorker, African Voices, O. Henry Prize Stories, etc., etc., etc., His The Brief Wondrous Life of Oscar Wao won the 2008 Pulitzer Prize for Fiction. He teaches creative writing at M.I.T. (really? I thought the school was nothing but techie geeks.) Besides a boatload of the expected awards (Guggenheim, PEN/Malamud, etc., etc., etc.,) Diaz recently won a MacArthur Fellowship--the "Genius" award. I wanted to hate him!

After a gracious introduction by Lighthouse directors Michael Henry and Andrea Dupree, a subdued Diaz took the stage. He didn't bring anything to read from and asked the audience for a copy of his most recent book, This Is How You Lose Her. (I was one of the few among the hundreds without any of his books.)

Let's get past the foreplay. 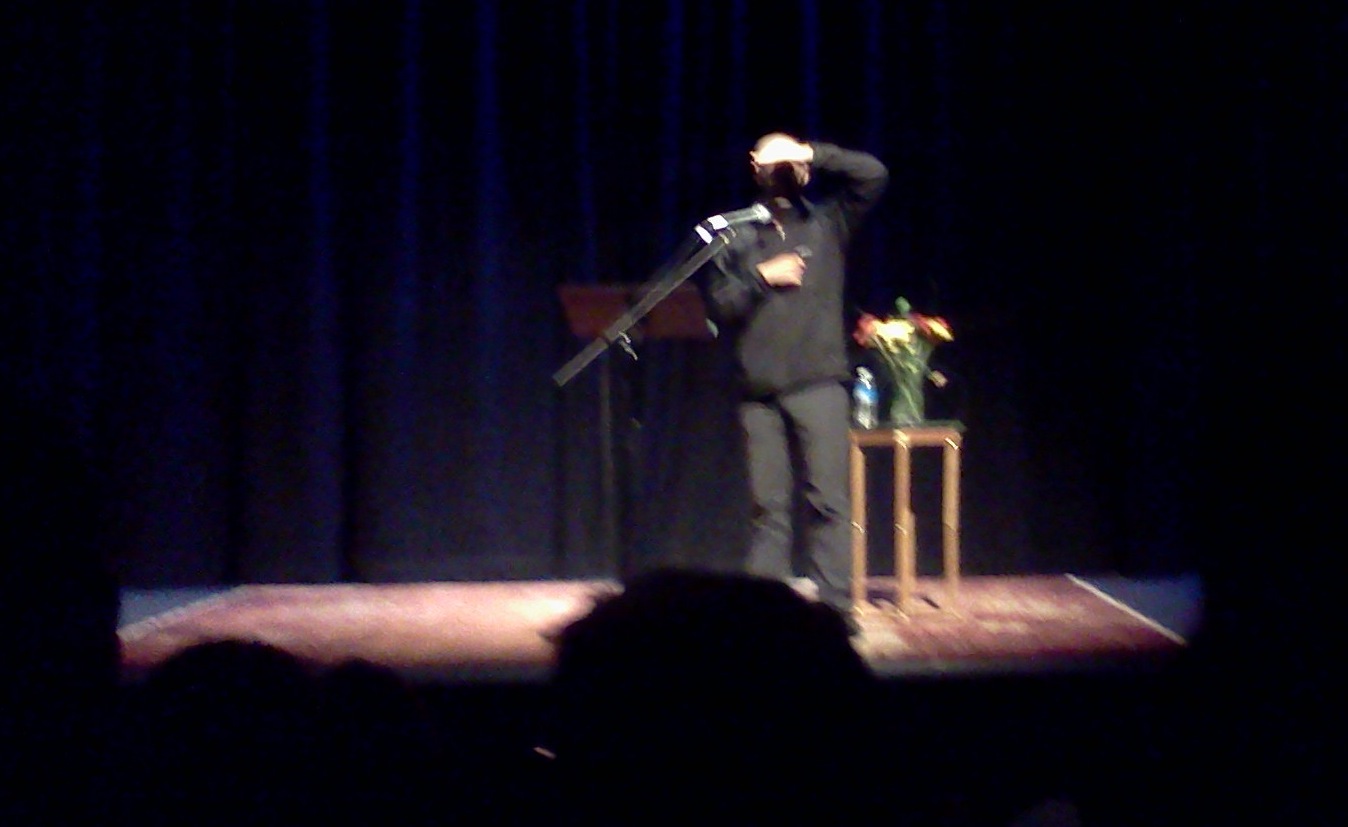 Diaz was amazing. His reading was a model performance. It wasn't simply a reading but a theatrical presentation--plenty of eye contact with the audience, dramatic inflections, gestures with his book--nothing hammy, just a guy excited to tell you a story. What every author should do but we're too dense to learn how. His story knocked me flat with its voice, suspense, and humor. The man is a master of narrative immersion and plot twists. Afterwards, he dazzled us during the Q&A. At the end, I was no longer envious but inspired and humbled by his charm, smarts, and eloquence.

You've no doubt heard plenty about the resignation by Gen. Petraeus for reasons of adultery. This torrid affair shoved the Biting-Edge Irony index into the red. And we writers love irony.
Irony One. Broadwell's adoration of Petraeus is what wrecked his career. His number one fan became his femme fatale.
Irony Two. Although we don't have mug shots of a disheveled and disgraced Broadwell (as with former astronaut Nowak), the otherwise perfect Broadwell morphing into psycho-bitch when she threatened another woman is what eventually brought the FBI into the picture.
Irony Three. Thanks to news leaks, we have the image of Broadwell and Petraeus' scholarly chats devolving into porn scenes with sex under the desk. Brown Chicken Brown Cow. Until now, the two of them could've been the gooder-than-good heroes in a Vince Flynn novel.
I'm sure that as we learn more, the ironies will continue to pile up like discarded undergarments.

But don't cry too hard for Ms. Broadwell. Like they say, there is no such thing as bad publicity, and Broadwell's adulatory bio of her four-star booty call, All In, is tearing it up on Amazon. But some snarky reviewers have dismissed the book as "A Valentine" and "Pillow Talk." Ouch!

Comments:
The biggest irony of the Broadwell/Patraeus book? The title.

Shannon: This episode REEKS of irony. All In--I'm sure that happened. And I bet he got plenty of "educating".

Did you happen to see Channel 7's faux pas? What am I saying, of course you did.