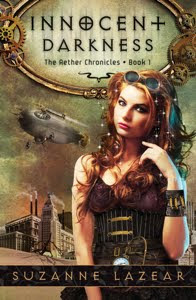 First off, a SoCal pal of mine, Suzanne Lazear, had her launch party for Innocent Darkness at Vroman's Bookstore in Pasadena last weekend. Wish I could have been there because, besides the obvious, there were cupcakes: 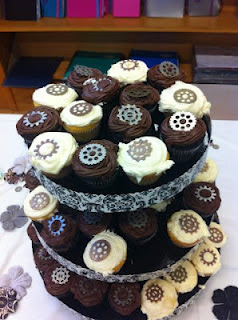 
From Inside TV:
Captain Jack is coming to The CW! John Barrowman is joining the network’s new fall action-drama Arrow.

The Doctor Who and Torchwood star has signed for a recurring role in Arrow’s debut season. Producers are not saying much about his character, only revealing that he will play a “well-dressed man” who is “as mysterious as he is wealthy … he is an acquaintance of the Queen family and a prominent figure in Starling City.”

Hmmm … one suspects the character is from the Green Arrow comic mythology. Philanthropist Stanley Dover Sr., perhaps? Unless they’re doing a new twist on Brick or the Green Lantern… 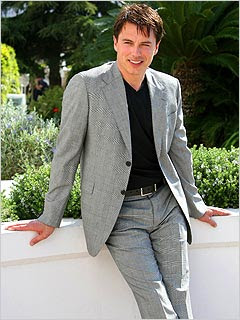 
I love this guy--I might just have to watch Arrow though to my mind,  Justin Hartley IS the Green Arrow. 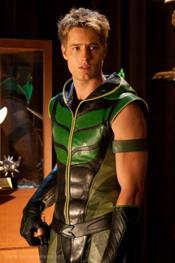 From the Houston Press : 10 Hottest Sex Scenes in Literature (Having nothing to do with you-know-what)

From Forbes: World's Top Earning Authors  (Following are the top 15)

Well, it's countdown to the pub date for Haunted.  On August 28, I'll be at the Tattered Cover in Highlands Ranch to celebrate. Hope to see you there...

Comments:
Thanks for the shout out and congrats on your own release!!! HUGS