"I'm exactly as I appear. There is no warm, lovable person inside. Beneath my cold exterior, once you break the ice, you find cold water." 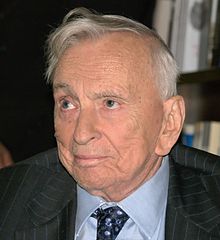 A couple of weeks ago Mario and I attended a program at the Tattered Cover sponsored by a group called AuthurU. The theme was 11 steps to being a successful author. Among the steps were study others, build relationships and lists, market to those lists, offer free stuff, create joint ventures, etc etc etc. The aim is to build profit streams--not a bad aim for writers who would like to make a living out of their writing. But in all the talk, not one word was said regarding the most important step of all--writing a good book. It seems to most of these "experts" quantity is more important than quality. Keep throwing stuff out there and hope the momentum will build with the numbers. Something is wrong with this paradigm.

Or is it just me?


From Shelf Awareness: Focus Features released a new featurette for Anna Karenina, director Joe Wright's adaptation of Leo Tolstoy's classic novel. Indiewire noted that the clip "goes behind the scenes of the production, offering up a good amount of new snippets of footage along with interviews with the director and cast." The cast includes Keira Knightley, Jude Law, Aaron Johnson, Kelly Macdonald, Olivia Williams, Ruth Wilson and Holliday Grainger. The film opens in the U.S. November 9.


For you unpublished writers out there:  Two contests

Thomas Dunne Books is now accepting submissions for the Minotaur Books/Malice Domestic Competition! Open to anyone who is unpublished who has a completed mystery novel.

This is a great opportunity for mystery writers.

And still in the news: the Harry Potter Reading Club launches with a virtual visit from J.K. Rowling on Oct. 11. To find out how to join, go here  and to read the Reuters article, go here

Are you watching the Olympics? What's your favorite event????
¶ posted by Jeanne Stein @ 3:13 PM

Comments:
Jeanne: Was Gore Vidal talking about himself or you?