Wednesday, August 08, 2012
A Little Pimping Music Please... New Month,  New August Releases (including one from yours truly)
Here are some new books due out this month from our pals in the League of Reluctant Adults: 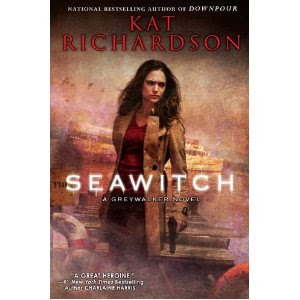 Amazon Book Description: Harper Blaine was your average small-time PI until she died—for two minutes. Now Harper is a Greywalker, treading the thin line between the living world and the paranormal realm. And she’s discovering that her new abilities are landing her all sorts of “strange” cases. A quarter century ago, the Seawitch cruised away from her dock and disappeared with everyone on board. Now, the boat has mysteriously returned to her old berth in Seattle and the insurance company has hired Harper to find out what happened.

But Harper is not the only one investigating. Seattle Police Detective Rey Solis is a good cop, albeit one who isn’t comfortable with the creepy cases that always seem to end up in Harper’s lap. As they explore the abandoned vessel, Harper and Solis discover a cabin containing symbols drawn in human blood, revealing the ghost ship’s grave history.

Blood Bath and Beyond by Michelle Rowen 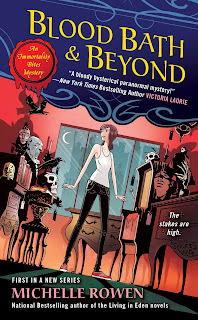 Amazon Link : Sarah Dearly is adjusting to life as a fledgling vampire, satisfying her cravings at vampire-friendly blood banks. But when her fiance Thierry takes a job with the Ring—the secret council in charge of keeping vampires in line—Sarah’s about to get more than a taste of danger…

All Seeing Eye by Rob Thurman 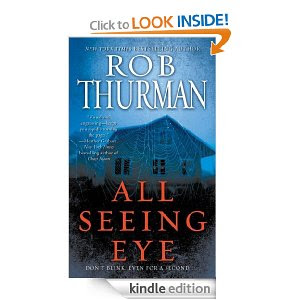 Amazon Book Description: Picking up a small, pink shoe from the grass forever changed young Jackson Lee’s life. Not only did its presence mean that his sister Tessa was dead—murdered and stuffed in the deep, black water of a narrow well—but the shoe itself told him so. Tessa’s death triggers an even more horrific family massacre that, combined with this new talent he neither wants nor can handle, throws Jack’s life into a tailspin. The years quickly take him from state homes to the streets to grifting in a seedy carnival, until he finally becomes the cynical All Seeing Eye, psychic-for-hire. At last, Jackson has left his troubled past behind and found a semblance of peace.

That is, until the government blackmails him. After Jackson is forced to help the military contain the aftermath of a bizarre experiment gone violently wrong, everything he knows about himself will change just as suddenly as it did with his little sister’s shoe.

A Wolf at the Door by Kari Stewart 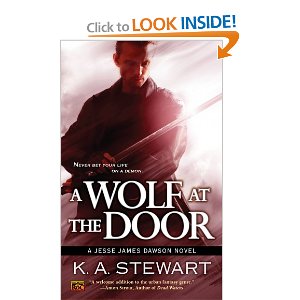 Amazon Book Description: Jesse James Dawson was once an ordinary man until he discovered that demons were real, and fighting them meant putting his own soul on the line. His new case is a beauty: Gretchen Keene, a Hollywood starlet who's become an unwitting catalyst in an all-out demon war. It's not her soul Jesse needs to protect, but the two-hundred-and-seventy-six others she's carting around--all the souls sold to spend just one night with the blonde bombshell. That's a lot of baggage, although it might explain her meteoric rise to fame. And it's all up for grabs by the demon world.

All Jesse has to do is keep her safe until New Years. Sounds easy. But darkness is casting a nasty shadow in the California sun--a new unseen enemy is closing in and leaving Jesse to wonder, how do you fight something you can't see coming?

Haunted by Jeanne C. Stein (now where have you heard that name before?) 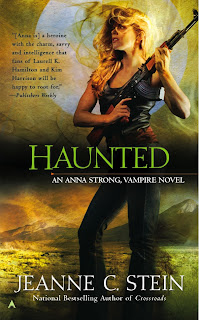 Anna Strong—kick-ass bounty hunter and vampire—has made some enemies in her time. But it’s not just her old foes she should be worried about…

Anna’s shape-shifting friend, Culebra, ﬁnally opens up to her about his life before owning Beso de la Muerte, a bar catering to supernatural clientele. As if summoned by the conversation, Culebra’s past stumbles into his bar in the form of an old buddy cashing in on a favor.

Now for convenience, I have included an Amazon link for each book, but your local indies and/or brick and mortar stores should also have copies available.

Stephen King was on Craig Ferguson the other day-- Here's the interview!!
Followed by the very last appearance by the Rock Bottom Remainders

Odds and ends-- the first picture of Mars from the Curiosity Lander. How cool is this? 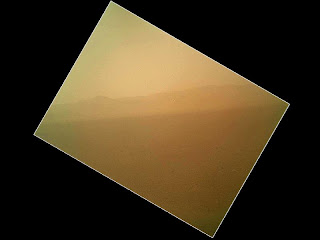 There are more here -  So where is John Carter?

I was thrilled to get a review of Crossroads from Charles de Lint in the Sept/Oct Edition of the Fantasy and Science Fiction Magazine. de Lint is the award winning author of 36 fantasy novels and 35 books of short fiction. He liked Crossroads, ending the review with this:

The prose has a nice cadence, the dialogue rings true, and the characters feel like people rather than constructs on paper. Some of the elements of the plot were expected but there were enough surprises that I was kept guessing about many of the various mysteries right up to the end. When I get a little time I’ll definitely be looking into some of the earlier entries into this series.

Wow! Talk about praise from the master. The full review will be up on this website after Sept. 1

...Haunted offers true edge-of-your-seat drama, as friendships are tested and the specter of past deeds threatens to bring danger and death. Buckle up, because megatalented Stein is heading into severely hazardous (and unputdownable) territory!