Wednesday, July 25, 2012
Op Ed So much in the news the last few days. The shooting at the theater, which I want to talk about next, but also the death of Sally Ride. She was a hero to me—still is—but it was interesting to note that one significant detail was omitted from the obit published in the Denver Post: that she was survived by her partner of 27 years, Tam O’Shaughnessy. 27 years!!! A relationship that lasted longer than a lot heterosexual marriages. And yet Tam was not even mentioned. I wonder how long it will be before we become tolerant creatures?

I picked this up on Facebook ( Sherryl Frauenglass’ page) and shared it on my page. It was picked up and shared again and again. 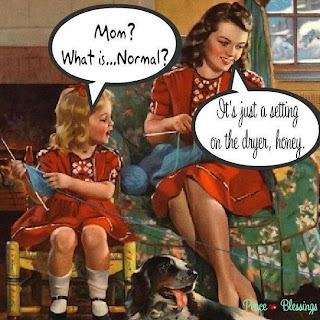 BTW, if you aren’t friends with Sherryl, consider friending her. She has the most beautiful images on her page.

Now, to the big Colorado story.

Historian Victor Davis Hanson wrote a thoughtful article in PJ Media that concluded with these words:

I don’t care a whit whether the Aurora killer was a loner. I don’t care if he was unhappy or if he was on medication. Millions share such pathologies without killing a mouse. I don’t even know whether giving him swift justice will deter the next mass shooter. Yes, give the suspect expert legal counsel; call in all the psychiatrists imaginable; sequester the jury; ensure the judge is a pillar of jurisprudence; but if he is found guilty, I would prefer the gallows and quickly to remind us that we live in a civilization that prefers to remember the victims and to remember nothing of all of their killer.

Amen, Mr. Hanson. Unfortunately we know that will not be the case. We are looking at millions of taxpayer dollars and perhaps decades of jurisprudence before the suspect will face the consequences of his actions. In the meantime, his victims and their families are simply trying to get through one day at a time.

Tuesday, Christian Bale and his wife came quietly to Denver, asking that the media not be notified, so he could pay his respects to the victims and speak with the police and medical personnel. He did it on his own, not as a representative of or in behest of Warner Brothers.

Comments:
What struck me about Sally Ride was that she felt she was only able to come out after her death, in her obituary. I think it’s sad that, for whatever reason, she felt compelled to conceal what had to have been a key part of her identity. Yes, she had the right to keep her private life private, but doing so just plays into the hands of those who want to proclaim the “wrongness” and “sin” and “unnatural” and whatever of gay people. It’s so unfortunate that even someone as prominent as Sally Ride didn’t feel able to be completely open about her identity. I wish this would change forever.

I couldn't agree more--I wonder how many other newspapers omitted that one point? It makes me furious. Just as it makes me sad there are so many small-minded, bigoted assholes out there -- like the congregation at Westboro Baptist Church who would picket a gathering at the Aurora Memorial for those killed in the theater. What is wrong with them????