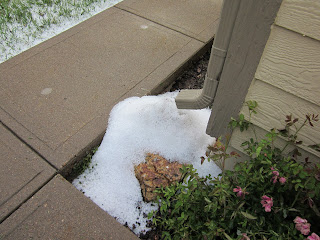 By now most of you have either heard about or lived through last night's storm. I woke up about midnight to a strobe light pulsing in my window. I thought it was an emergency vehicle somewhere nearby. It was lightening. Then the rain and hail hit...and hit and hit. This is what my yard looked like this morning, hours after the storm. 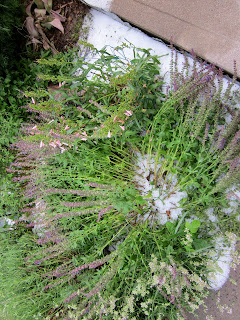 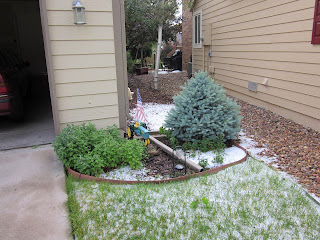 I don't think I lost any plants but they got pretty beat up.


Before the maelstrom hit, though, Warren Hammond had a very successful signing at Tattered Cover for his new KOP book, KOP KILLER. Here are a few pics: 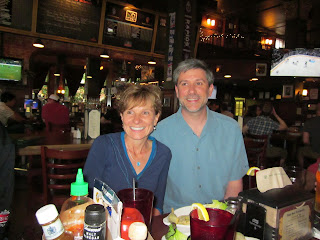 Warren and his wife Kathy at dinner before the signing...see the glazed look in Warren's eyes? It's terror. 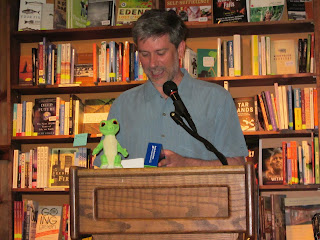 Here he is at the podium with the lizard presented him by his critique group...if you've read the books (and shame on you if you haven't) you'll grasp the significance. 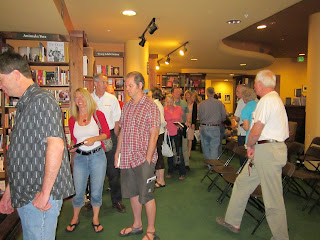 The line up for the signing.... 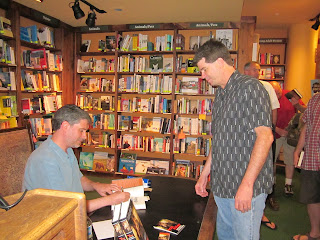 
And of course the big news in the writing world this week is the death of Ray Bradbury.

He is lauded by gamers, movie goers and fans and rightly so...Here's why I personally love the man.

"I have fun with ideas; I play with them. I'm not a serious person, and I don't like serious people. I don't see myself as a philosopher. That's awfully boring...My goal is to entertain myself and others."

PS I hope the pictures don't end up repeating themselves like  last week. I have no clue why that happened.