Wednesday, May 02, 2012
Cautionary Tale Last weekend was spent with my daughter and her significant other in Lake Havasu. They showed us a great time. However, you know when your little voice says not to do something? Well, my little voice said you should not ride a motorcycle with short pants. Did I listen? 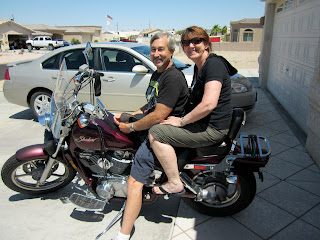 No. See that smile? It didn't last long. Made a rookie mistake getting off which resulted in this: 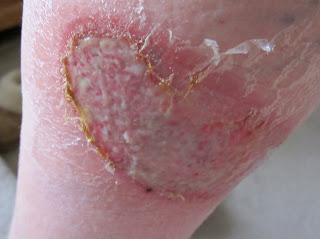 Second degree burn and this is after three days of treatment...So, boys and girls, listen to your mother when she says always wear your leathers and boots when riding!!!

But the rest of the weekend went smoothly! The Desert Storm Boat Show started on Thursday night with a street party featuring some of the sweetest boats I've ever seen. 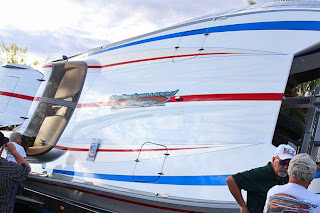 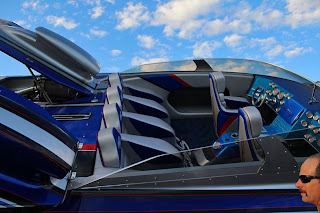 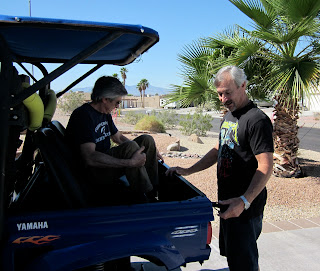 Friday was rhino riding and the aforementioned
motorcycle ride:

And we watched some of those sweet boats on the lake: 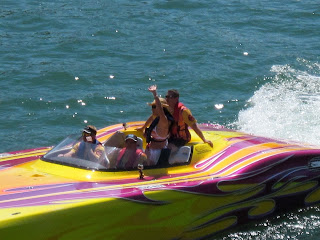 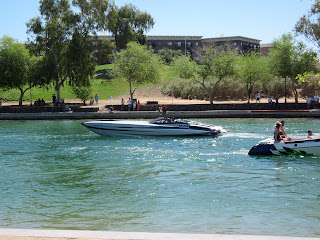 Saturday was prep day for a party. Steve and Jeanette really know how to throw a party...not only was there live music and plenty of food, but we met many of their friends. Havasu is such a friendly place. About forty people showed up to meet and greet and the band (of which Steve is a member) serenaded us well into the night! 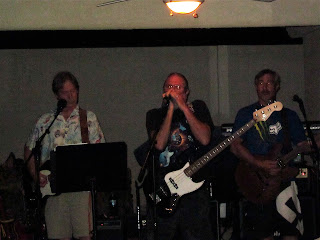 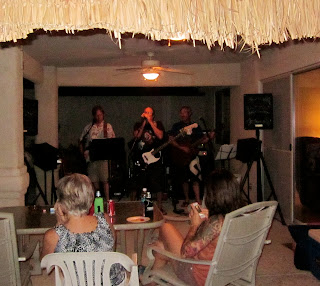 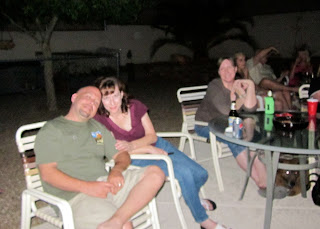 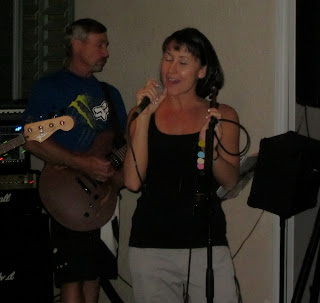 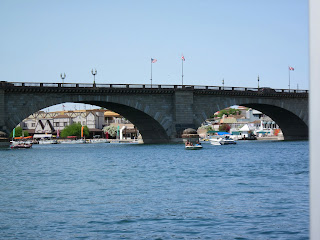 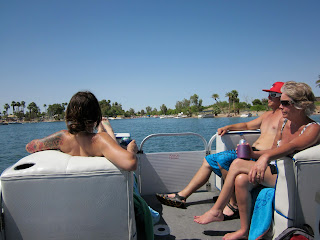 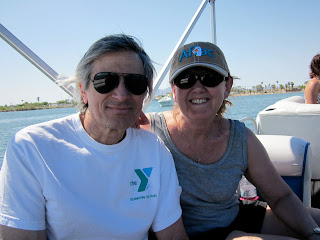 I don't get time away to just relax very often. I want to thank Jeanette and Steve for hosting us! Now, of course, it's back to work. At least I have the Avenger movie to look forward to this weekend...  ¶ posted by Jeanne Stein @ 4:43 PM

Comments:
Sympathies to your poor leg :-(

Riding a motorcycle in short pants and flip flops? What would Anna say?

Yeowch. The exact same thing happened to a girl who lived next to me when I was in undergrad. She ran into the Orange County Choppers at a rest stop and they let her sit on one of their bikes. She was wearing shorts at the time and ended up with a burn a great deal like yours. I believe that she liberally used aloe vera and wore long skirts for a couple of weeks.

Hey Leia-- motorcycles are so alluring--the ride was so much fun--wind in your hair, freedom, speed. If I'd just paid attention getting off!!! And yes, it's been two weeks now and it will be another two I'm sure before I can wear anything short. It really looks like hell but doesn't hurt. At least that's something!