Last week I had the pleasure of addressing students at a high school career day. Since many of them were interested in careers as writers, I told them that despite their lack of experience, they had one advantage over me--their youth. Other than the obvious bank of time they had at getting published, they also had the energy and naivety to forge ahead in disregard of the odds and well-intentioned advice from their elders. 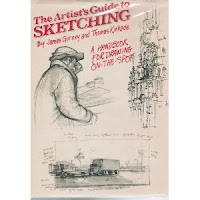 This reminded me of an art technique book I'd bought in the early 80s. It was written by two young men who'd ridden box cars across the country and documented their trip in sketchpads. I was about the same age as these artists but was married and a lieutenant in the army. Outwardly, I saw their trip as frivolous and bohemian while I was a man of real responsibilities. Inside though, I knew these two guys were doing something a lot more ballsy and daring than I'd ever done.


Adults are always telling kids to be safe, to look at the realistic long view of things, to chose security over adventure. These two young men were not only more dedicated to their art than I ever was, they were taking a risk for the promise of a huge payoff. Which worked. 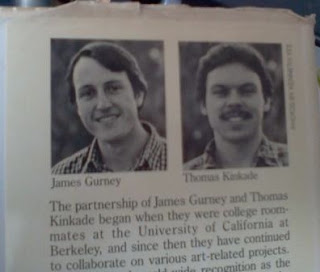 The vagabond artists? James Gurney and Thomas Kinkade, who became two of the most successful artists in American history.

Thomas Kinkade I'm sure you know as the infamous, self-proclaimed Painter of Light. There's a lot written about whether his art work is recognized as "art." In an interview with BBC, Kinkade said that all art (like fiction writing--author's note) should evoke an emotional response. And since sentimentality is an emotion, so why not that? In the chaotic world of scratching out a living and tolerating life among your fellow humans, maybe we need the warm comfort of artistic schmaltz. 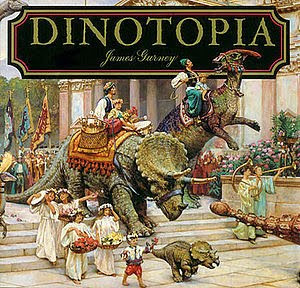 James Gurney is a name I doubt you recognize but I'm sure you've seen his art. He wrote and illustrated the immensely popular Dinotopia and sequels. Unlike his former compatriot, Gurney never claimed to be an artist whose work was meant to be collected; he was instead an illustrator. His work has been presented in such prestigious venues as The National Geographic and stamps for the US Postal Service. Though it's not obvious, Gurney also shared a sentimental outlook as his worlds are utopias where dinosaurs and humans coexist (with the lizards as the wiser, kinder beings). Which explains why his works have not translated well to the screen. Gurney has labored to create societies that have erased conflict, and conflict as we writers know, is the basis for drama. Without drama, Gurney's works are essentially travelogues. Maybe he should try, Breaking Bad with Dinosaurs. 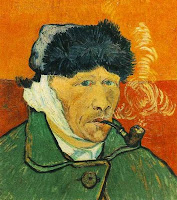 That same BBC interview as mentioned above claimed that Kinkade was the most successful (in terms of money) living artist in history, creating a business worth hundreds of millions of dollars. Look at the example of van Gogh; today his paintings fetch astronomical prices, yet he never tasted a bit of those riches and lived and died in poverty. So who can fault Kinkade for gaming the business of art to his benefit while he lived?


Sadly, Kinkade rankled many people with his questionable practices--hiring other artists to touch up prints which were then sold as expensive originals, and undercutting his franchise owners by selling work elsewhere at discount prices. Also, many couldn't square his professed Christian faith with his drunkenness, public urination, sexual harassment, and DUIs. Kinkade died April 6, 2012 of natural causes at the age of 54. I was suspicious of "natural causes" until a retired forensic scientist told me that 15 percent of all deaths are to unattributable causes--i.e., undetected heart arrhythmia, unknown chemical reactions, sudden stroke. Now The Christian Post reports that shortly before his death, Kinkade fell back to heavy drinking--which might explain his demise--and that despite the gobs of millions earned, his estate is nine million in debt.

Meanwhile, Gurney is still around, creating work and living the dream he planted the seeds for while a young man. Check out Gurney's blog for inspiration.

I envy the youth two things: Their strong backs and that they're the first 'netgen', with the internet and vast technology around them from birth. All the online self-promotion all authors have to do, whether indie or traditionally published, will be so much easier for them.

I didn't know that about Thomas Kinkade. As he was in his 50s, I just assumed he died of a heart attack. It's sad that he was so successful, yet not self-actualized enough to use it wisely.

Thanks for your thoughts.

Chris: Thanks for stopping by. Kinkade had his demons and in the end, they brought him down. His example could make for a fascinating character in a novel.

Wow, Mario! Thanks for this reflective and informative post. I loved following your tale from your own youth, the elegant twist, and then the unexpected conclusion.

Thanks Julie. An elegant twist with a twisted ending.

Raising kids and shouldering responsibilities takes a different kind of courage, but hopefully, once my brood is gone, I'll have the guts to hop a freighttrain and go west.

My sister and parents owned a gallery and framing shop and sold Greenwich Workshop prints. They met James Gurney on several occasions and really liked him. I know my kids loved Dinotopia!

Aaron: If you promise to leave tomorrow, I'll help you pack.
Shannon: Who didn't love Dinotopia? I'd like to revisit the story but with Tony Soprano as the castaway.

Millions of people around the world have benefited from pacemaker therapy, but if you or a loved one just found out you need a pacemaker, you probably don't know a soul who has a pacemaker. Not only that, you probably can't find good quality information you can understand about pacemakers.