This weekend I had to miss the geeky shenanigans at StarFest because I was farther south, in Colorado Springs, for the fabulous Pikes Peak Writers Conference. The headliner was mystery writer Robert Crais, who for his banquet speech talked about the enduring allure of the mystery novel.

Though the mystery revolves around how the hero solves the crime, the main catalyst for action is the villain. When I teach writing, I emphasize that the villain is the hero of his own story; an antagonist can't be evil for the sake of being evil. The villain must have a credible motivation. In most novels, the villain is usually a Lex Luthor-type of evil genius or a serial killer, but in real life, the criminal acts out of simpler motives, often simply the desire for easy money. 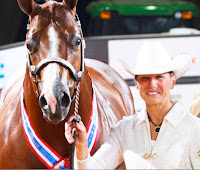 The corruption of a public official is always grist for a good story. For example, Rita Crundwell, the chief financial officer of Dixon, Illinois, was recently arrested for skimming $30 million from the town coffers to fund an opulent lifestyle that included a million dollar motor home and the Meri-J Ranch with its 150 horses.

Closer to home, Sean Mueller, masterminded a Ponzi scheme to pay for the usual trappings of a lavish lifestyle: a mansion, vintage cars, exotic vacations. His enterprise churned through $140 million--his victims included football star John Elway--until the cash dwindled to the point when Mueller had less than $10 million to cover $45 million in obligations. What brought the attention of the law was when Mueller climbed on top of a parking garage and threatened to jump. No doubt, he snapped under the pressures of keeping up appearances. Mueller was sentenced to 40 years in prison. 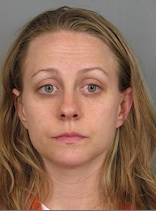 My favorite anecdote of stolen loot is the sad tale of Michelle Cawthra, a manager in the Colorado Department of Revenue who embezzled $11 million, not because of her greed, but in a twisted saga of love. She not only provided booty call for her abusive and married boyfriend, but stole the money and risked prison for the privilege of savoring his man juice. I like to imagine the behind-the-scenes drama of this sordid affair. He'd slap her around, followed by teary boo-hoos and apologies, then make-up sex, and she would promise to behave herself and hand over more money. Cawthra's net gain for her romantic sacrifice: public disgrace and 24 years in prison. Her lover and his wife are also locked way.

I'll definitely use these crimes as inspirations for my stories, only I'll tweak the drama by adding a little murder.