Last week I posted a video of Prometheus, the prequel to the Alien franchise. In that trailer, it's 2023, on the eve of the alien encounter. Meaning a deep space mission is in the offing. 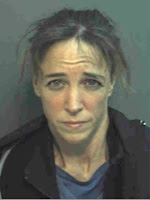 Not to be a spoil-sport, but that's only 11 years in the future and we're nowhere close to building a spacecraft capable of practical interplanetary travel. In fact, we're not even going to Mars. For missions beyond our solar system, we'll need a technological leap similar to the discovery of fire. You know, like the bending of gravity and time. Which only happens around here at Happy Hour and afterwards, we've yet to get farther than the street corner. Not to mention the risks if you spend too much time in space.


In an earlier post I had discussed how we're in the 21st century, the Future!
What happened to our spaceships, anti-gravity boots, and clean fusion energy? This is how we were supposed to dress when tomorrow got here: 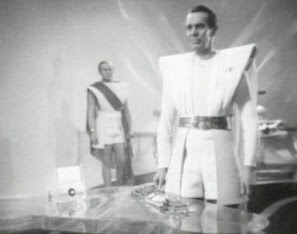 The best we seem to have is an iPhone, which really, had Mr. Spock have seen one, I doubt he would've said, "Interesting." I think his reaction would've been, "Holy shit, that freakin' rocks. Where can I get one?"

Here's another look at the future from the British TV Show UFO. At 45 seconds, check out the mesh uniforms; the men were looking exceptionally stylish. 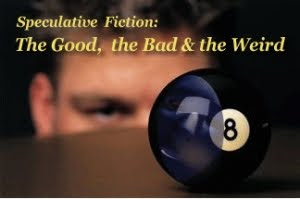 Blatant Self Promotion! It's about The Good, the Bad, and the Weird. I'm teaching a class on Speculative Fiction with The Writing School. The first class is free! March 26. The four week bookend workshop (One live class, two online classes, & a final live class) starts April 11. For details, go here --> The Writing School. It's a great way to channel those voices in your head.

Comments:
Flip flops! Who thought the footwear of the 21st century would be freaking flip flops? I want my hover board, and I want it now... :-)

Bonnie: So true. I'm waiting for the right occasion for my future toga.