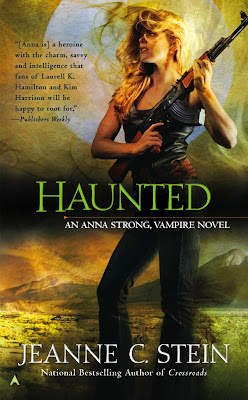 Here it is, folks...the first look at Haunted, the eighth book in the Anna Strong Chronicles. What do you think? 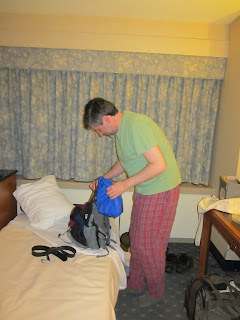 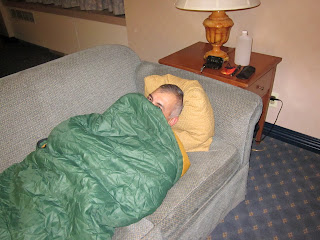 Okay, facebook pals-- Mario posted a picture of me sleepingat Galaxyfest last weekend. In retaliation, I thought it only fair to include these pics of my roomies in their own bedtime splendor. It's obvious, though, that Mario chose to hide his Star Wars pj's under the covers which is probably what our sartorial challenged Warren Hammond should have done more quickly--hide those green and pink pajama pants. Yikes! What continues to baffle, amaze and astound me, though, is how NO ONE has asked how we came to share a room. But don't ask now. It's too late. My lips are sealed.

# # # #
Not much to say about the Oscars except that The Fantastic Flying Books of Mr. Morris Lessmore took one!! I previewed it before but here it is in case you missed it… Best Animated Short Film

# # # #
You might be surprised by this one from Flavorwire 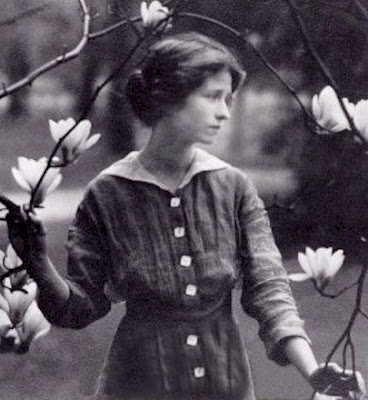 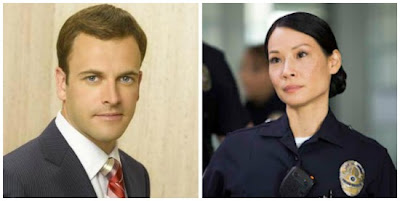 The name is Watson, Joan Watson. Lucy Liu is set to play Sherlock Holmes’ sidekick in CBS’ drama pilot Elementary, whose tweaks to Arthur Conan Doyle’s classic include switching Watson’s gender to female. The project, written by Robert Doherty, is set in present day and stars Jonny Lee Miller as eccentric Brit Sherlock Holmes, a former consultant to Scotland Yard whose addiction problems led him to a rehab center in New York City. Just out of rehab, Holmes now lives in Brooklyn with “sober companion” Joan Watson (Liu), a former surgeon who lost her license after a patient died, while consulting for the NYPD. Michael Cuesta is directing the pilot, produced by CBS TV Studios and Timberman/Beverly. Ally McBeal alumna Liu, who had 2 pilots vying for her, is recurring on the current season of the TNT cop drama Southland and will next be seen in the feature Man With The Iron Fists.

Season 2 of the Game of Thrones starts April 1 -- Here's the new trailer:

Here's one we always look forward to-- The Oddest Book Title Contest. Choose among these gems:

A Century of Sand Dredging in the Bristol Channel: Volume Two by Peter Gosson

Estonian Sock Patterns All Around the World by Aino Praakli

The Great Singapore Penis Panic: And the Future of American Mass Hysteria by Scott D. Mendelson

A Taxonomy of Office Chairs by Jonathan Olivares

The Mushroom in Christian Art by John A. Rush

I don’t know about you but it would be hard to choose between Cooking with Poo and The Great Singapore Penis Panic…. You can vote here

Little, Brown has world English rights to the first novel for adults by JK Rowling, the company announced Thursday morning. Little Brown UK publisher David Shelley will serve as Rowling's editor and Michael Pietsch will oversee publication in the US. All other details--title, pub date "and further details about the novel will be announced later in the year." But one important element has been settled: While the world waits for Pottermore and the Harry Potter ebooks, Little, Brown promises they will publish "both in print and ebooks."
In response, the Huffington Post came up 10 Potential Titles For Her Upcoming 'Adult' Book. Among them is this one: 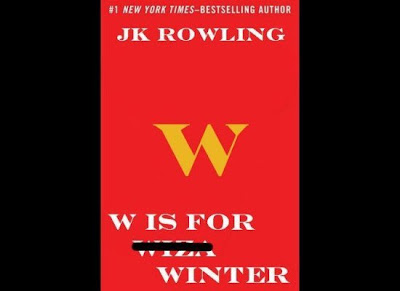 Boingboing always has the best stuff—Dirty words of 1811 from Francis Grose's "Dictionary in the Vulgar Tongue," a compleat look at all the dirty cussin' of the early 1800s.

And here's a chance to catch Mario in action yourself:

Undead bloodsuckers have evolved from monster, to empathetic villain, to
outright revenant hero. No need to explain the fascination with vampires,
just explain the rules. And what are the rules? You decide. Every novel begins
with the suspension of disbelief and itâ€™s up to you to build a compelling
world that fits your story, be it paranormal, fantasy, or historical. What
are the elements of world-building? The physical? People and customs? What
about magic? How much detail is needed? Weâ€™ll review vampires and other
supernatural creatures and use exercise prompts to study how to use the
elements of world-building.

Go here for more info or to register.

That's all for this week, folks...see you next Thursday. Same bat time...Same bat channel

Comments:
Woohoo for more Anna! I really like the new cover, but then again, I'm a sucker for billowy hair mixed with grrr faces. Retribution is probably still my favorite cover art in the series, but this is near the top of the list :)

Not to Mario - One should never be ashamed, or hide, Star Wars PJs. Star Wars PJs are one of the signs of a superior intellect.

LOVE that cover!! Can't wait to read it.

I'll be getting the Game of Thrones season one on DVD. It comes out next week. We don't get HBO any longer, too expensive and nothing but Game of Thrones and True Blood was on.

I like the cover, too, Leia-- and it might not have been the pj's Mario was hiding...did I really say that??

Vickie, I'm with you. Now I watch all my favorites a season behind but I get to watch them one after the other with no sports breaks or reruns in between!!

For the record, my Star Trek jammies have the rank of Captain.

1) I like the new cover
2) I gather you got the bed since Mario was banished to the couch
3) Elementary - why? another example of bankrupt creativity; I'll take originality any day

1. I like it, too. Thanks for checking it out!
2. I did get the bed. But it was in the middle of the living room so there was really no privacy.
3. Originality? What's that?

But that cannot compare to Warren's pj's. Oh the tales you must have...that keep you awake at night.

Congrats on the cover.

That's and awesome looking cover i would probably read it!

Do you know someone suffering from drug addiction!