Wednesday, January 18, 2012
I think I can, I think I can Maybe it's because it's January, there are all sorts of blog posts and videos about motivation floating on the Internet. I'm as susceptible (or as neurotic) as the next but these two were pretty good. See if they don't light your fire.

Tuesday night Mario and the rest of our critique gang went to the debut book signing of Jason Heller's Taft 2012 at The Tattered Cover on Colfax. Jason was funny, charming and as erudite as one might expect. Can't wait to read his book and if you missed his book trailers, scroll down to BE Monday Jan. 8 and check them out. The best I've seen. Hell, I'd vote for Taft. BTW, I'm sure TC has signed copies if you're interested. 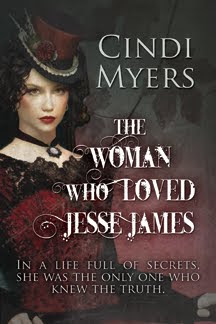 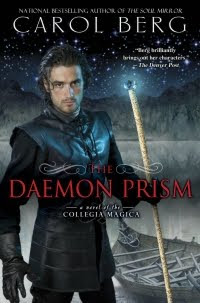 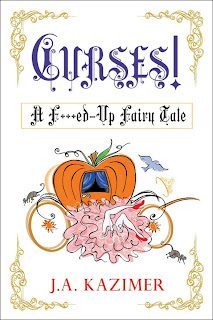 All three authors have signings scheduled at the Broadway Book Mall:

SUNDAY, JANUARY 22, 2:00 – Carol Berg will discuss and sign The Daemon Prism, the 3rd in her Collegia Magica series. Consumed with despair, the blind necromancer Dante seeks refuge in a magical puzzle -- a puzzle that supposedly fulfills one's utmost desires. But it's actually a seductive trap, threatening to unleash the very cataclysm he fears.

Cindi Myers, The Woman Who Loved Jesse James - Jesse was a dangerous puzzle: a loving husband to Zee and a father who kept his “work” separate from his family, though Zee heard the lurid rumors of his career as a bank robber and worse. Still, she never gave up on him. And he earned her love, time and again.

J.A. Kazimer, Curses! A F&%#ed-Up Fairy Tale - Definitely "not" for baby's bedtime reading, this hilarious and irreverent take on classic fairy tales--think "Shrek" for grown-ups--combines humor, mystery, and characters only a fairy godmother could love.

And in other author news, our Seattle contingent, Richelle Mead, Mark Henry, and Kat Richardson (among others) find themselves in unfamiliar territory--they have snow!! Lots of snow. Snow that probably should be here. If your friends with them on FB or Twitter, you've already heard how they're coping. All I can say is...

better them than me.

That's it for me. Off to the gym. If you're wondering why this is posting so late or even if you're not...the fucking power has been off for two hours. No explanation. No weather problems. No construction in the area. Why would the power go off? You tell me.

One more editorial comment. I know the anti-piracy bill(s) may be flawed...but I have one question--when did stealing become acceptable or a right of free speech???? I just don't get it.

Comments:
Wait. You mean Seattle doesn't get snow? It's so far north that I always assumed it was loaded in snow come winter.

Hey Leia--no, they just usually get rain--lots and lots of rain. :-)

Hey, big thanks for the shout out! Cindi

Cindi--Look forward to both your book and the signing!