Wednesday, December 07, 2011
'Tis the Season... Facebook had some really cute holiday cartoons up this week. These were my favorite: 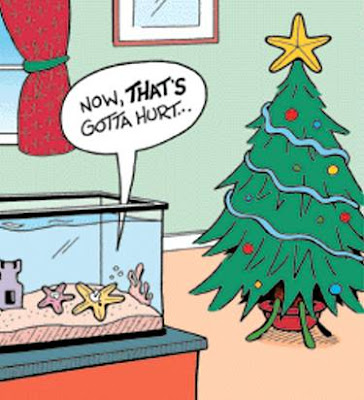 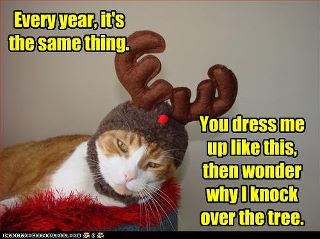 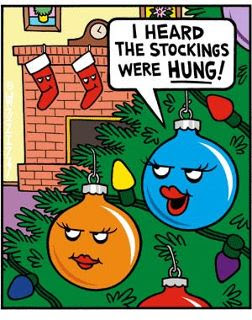 Now, I finished my shopping--if I can get my cards done, I'll really be ready to party!!! How about you? What are your plans for the holidays and are YOU ready?
# # # #
Also, found another gem: Mystic Mayan Power Cloak modeled here by Nigel & Helena: 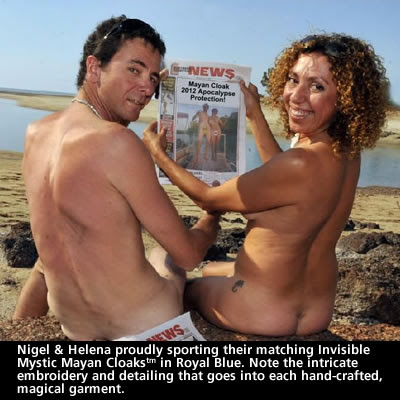 Order yours here and be ready for the coming apocalypse...In fact, a cloak that allows you:

To survive the Apocalypse in style!

Master the Power of the Ancients!

Marvel at the Anti-fungal, Anti-bacterial fabric that makes bathing & deodorant use obsolete!

would make an awesome Christmas present!! And think what you'd save on wrapping paper!

# # # #
It occurred to me that I haven't had a Whedon Alert in awhile. So here's the trailer for his Avenger movie, coming in May. 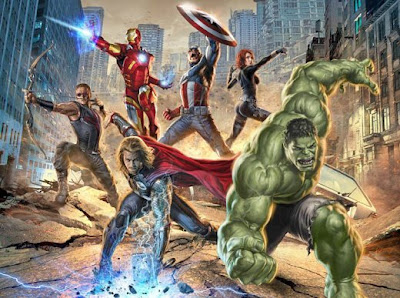 An interview with Joss here where he discusses the movie.

Something fun from how to be a lady nerd - the Buffy singalong -- with James Marsters!

Now I realize this was an amateur video and shot from a distance, but I couldn't help thinking how much better a job I would have done...especially opposite James Marsters.

What's coming up next for Joss? Here's the press release: 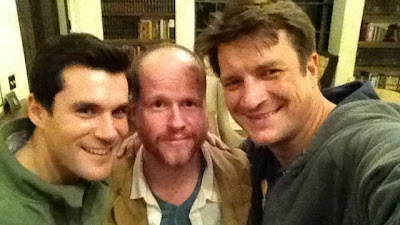 Bellwether Pictures proudly announces the completion of principal photography on MUCH ADO ABOUT NOTHING, a modern version of Shakespeare’s classic comedy adapted and directed by Joss Whedon (Marvel’s upcoming THE AVENGERS, “Dr. Horrible’s Sing-Along Blog”). Filmed in just 12 days entirely on location in exotic Santa Monica, the film features a stellar cast of beloved (or soon to be beloved) actors – some of them veterans of Shakespearean theater, some completely new to the form. But all dedicated to the idea that this story bears retelling, that this dialogue is as fresh and intoxicating as any being written, and that the joy of working on a passion project surrounded by dear friends, admired colleagues and an atmosphere of unabashed rapture far outweighs their hilariously miniature paychecks.

MUCH ADO ABOUT NOTHING is the first feature from Bellwether, a micro-studio created by Joss Whedon and Kai Cole for the production of small, independent narratives for all media, embracing a DIY ethos and newer technologies for, in this particular case, a somewhat older story.

Shot in glorious black and white by Jay Hunter (PAPER HEART, “Dollhouse”), the film stars Amy Acker (CABIN IN THE WOODS, “Alias”) and Alexis Denisof (“How I Met Your Mother”, “Angel”) as Beatrice and Benedick, the world’s least likely lovers headed for their inevitable tumble into love. As Joss Whedon puts it: “The text is to me a deconstruction of the idea of love, which is ironic, since the entire production is a love letter – to the text, to the cast, even to the house it’s shot in.” The supporting cast includes Nathan Fillion (“Castle”, WAITRESS) as Dogberry, Clark Gregg (AVENGERS, IRON MAN) as Leonato, Fran Kranz (CABIN IN THE WOODS, “Dollhouse”) as Claudio and Reed Diamond (“Franklin & Bash”, MONEYBALL) as Don Pedro.

Shot in TWELVE days? I can't wait to see this. I love that Joss uses ensemble casts. I can't help but think that the actors must LOVE doing these spur of the moment movies!!!

Now, here's one of my favorite contests: Literary Review’s Bad Sex in Fiction Award. This year it goes to David Guterson for his fifth novel, Ed King. Here’s a sample:

"these sorts of gyrations and five-sense choreographies, with variations on Ed's main themes, played out episodically between 10 pm and 10 am, when Diane said, 'Let's shower'"; and "she took him by the wrist and moved the base of his hand into her pubic hair until his middle fingertip settled on the no-man's-land between her 'front parlour' and 'back door' (those were the quaint, prudish terms of her girlhood)".

Check here for samples from the other nominees. These weren't as awesomely bad as some have been in the past.

# # # #
I will leave you with this bit of frivolity: The twenty-five funniest auto corrects of Damn You Auto Correct's first year. See them in all their glory here

What about you? Got any auto correct bloopers to share?

Oh, and one other thing. Wednesday, I'll be sharing my mom's famous fudge recipe over at the fifteen days of Christmas on pal's Lizzie T Leaf's blog . It was a tossup as to whether I'd post the fudge recipe or my new favorite-- gingerbread pineapple upside down cake. Maybe if there's interest out there, I'll post that here next week!! What do you say?


Labels: James Marsters, Joss Whedon, Much Ado About Nothing, The Avengers