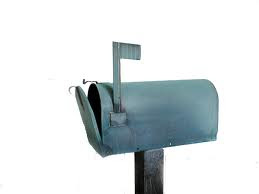 We writers have always had a special relationship with the mail. Mine started when I used to accompany my mom to the post office, a big imposing building downtown. The black ballpoint pens were chained to the counter and stamped: Property of U.S. Government. We'd worry about the penalties if the Feds caught you swiping one. The mail clerks (always men in those days) were very official and stern behind their bronze grates.

My first personal interaction with the postal service was in the fifth grade. Quaker Oats had this promotion claiming that their puffed wheat cereal was shot from guns.

If you sent two boxtops you'd get a model cannon. Unfortunately, the bargain with my mom was that I had to eat both boxes of the Quaker cereal, which was not anywhere as good as Super Sugar Crisp. I sent in the boxtops--Allow six weeks for delivery. (Try surviving in today's marketplace with an offer like that.) Those six weeks were the longest of my life. As the delivery day got closer, I'd run home to see if the package arrived. One day, my model of a Napoleon six-pounder was waiting for me on the kitchen counter. The mailman was my hero. 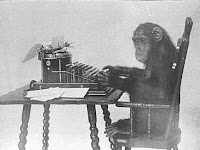 Moving forward to when I participated in the writers' submission ritual. Banging out a query letter on the Underwood, sending the letter and an S.A.S.E. to an agent or editor...and wait. We'd hold vigil around the mailbox and eventually some of those S.A.S.E.'s would find their way back home. It was common knowledge that if an agent or editor was interested in your manuscript, you'd get a special envelope or even better, a phone call, so the returned S.A.S.E. meant no-dice, pal. And when fortune did finally shine, there was your monster of a story packed up in a manuscript box or padded envelope. Revisions and galleys came by mail. As did advance checks. (Yeah!) One day you'd get boxes of your books. All delivered by the man or woman in USPS blue.

For better or worse, the mail carrier was our good friend.

The Internet has claimed many victims. We writers bemoan the loss of many local bookstores. Here in the Denver area we've lost Murder By the Book, High Crimes, Hastings, and of course, Borders, done in by the pitiless onslaught of Amazon. Craigslist has killed off scads of newspapers. And now the World Wide Web has a stranglehold on the Post Office.

Today, it's strictly email queries, which means rejections now come at the speed of light. Deadline time, you submit an electronic copy of the manuscript. Revisions are done in track changes. 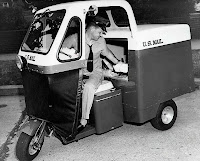 According to various press releases, mail volume will drop by half within five years. To prevent bankruptcy, the USPS will close hundreds of outlets and layoff thousands. Postage rates will go up, and worse, mail delivery will slow and become uncertain. The standard delivery for first-class delivery is now next day. Three at most. The Post Office says to expect a week or longer. In other words, why bother mailing anything?

And so the USPS circles the drain.

They should've seen it coming. First UPS ate into their parcel delivery. In their arrogance, the Post Office dismissed the competition, and the man in brown has since replaced the man in blue. Then FedEx came around. People were willing to pay ten times the mail rate for guaranteed overnight delivery. To FedEx became a verb. Email replaced letters. You can pay bills through the Internet. USPS was nicknamed snail mail.

But it doesn't have to be that way. Think of it. For a mere 45 cents, they will deliver your letter anywhere in the U.S. with a certainty of nearly 100%. That's incredible service. Of course they lose money with each letter. What the Post Office needs to do is emphasize their service and raise their rates accordingly. Even at a dollar a letter, that's a deal.

I have another service that may not put the Post Office in the black, but could be a substantial source of revenue. 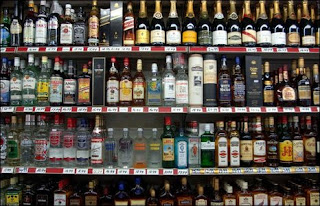 Promote the mailing of liquor. Right now we're treated to that rote question: Does your package contain anything fragile, liquid, flammable, or potentially hazardous? It's a gotcha so they can screw you in case you do mail something that violates their rules. But in fairness, we have the Unabomber and the Anthrax killer to thank for that question.

Why not allow people the opportunity to mail booze? Not cases of hootch but a bottle of wine, liquor, or a six-pack of beer. As long as you declared it and used the appropriate packaging. 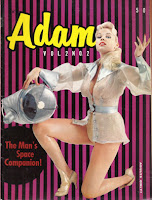 Comments:
When I get those credit card offers (etc) in the mail with prepaid envelopes to use, I ask them to stop sending the offers and send it back. I've heard of some people who actually put something thin and heavy inside to make the postage they pay on the other end greater. Support your post office!

Watching the Post Office die is like watching the Wicked Witch melt into goo after Dorothy threw water on her. Is my hatred like the burning of a thousand hot suns? Well, I'm not sure, but whenever I hear bad news about the postal service I burst into uncontrollable laughter.

Postal workers are rude, and slow, and arrogant. They see a huge line of people waiting for them and sneer and three out of four of them turn the signs that say "Next Window" so you have to wait even longer. I've watched as they stand in full sight and chat with each other because they're on mandated break, while the one postal worker behind the counter works even slower and more sullenly.

Oh, I could go on. The postal delivery men who saunter and whistle their way through their rounds, making sure every glossy magazine cover is torn up and every letter crumpled. The weird black smudgy stuff on every box delivered to you from USPS, the black stuff that gets on your counter and won't clean off.

But I won't. I'll just smile at my UPS man and wave at him as he runs up to deliver my clean boxes. The efficient and fast Fed-Ex, the way you can track a package, the way they respond to their customers. It's a joy. It's a joy to send my bills electronically, and my mail. It's a pleasure to deny them their sustenance so they die a slow and strangled death.

Bonnie: Don't hold back. You're right. The Post Office ignored the whistle until they went, "Huh? That's a train?"

Wow, Bonnie, your experiences are the opposite of mine. Postal workers are kind, quick, and helpful. They see a huge line of people waiting for them and smile and try to help multiple people at once. I've watched them work past closing time to help customers. Oh, I could go on...

I was very sad and disappointed this weekend when I went to the station a few blocks from my house to mail my Christmas cards and it seemed to be closed. :(
The passing of this wonderful institution is a real tragedy. :(

Don't be too hard on the Post Office, folks. If it gets completely privatized, mailing will cost much, much more, especially if you want to send something to a rural area.

I'm amazed you neglected to mention the USPS's best deal: sending books via "Media Mail" which we used to call "Book Rate" - MUCH cheaper than parcel post, and yes, cheaper than UPS too.
I love the Post Office - my grandpa was a letter carrier - and I'm so sorry to watch it staggering in its long drawn-out death scene.
As for shipping liquor - did you know you can't even use a liquor BOX to mail stuff? I had to repack a box of books when the guy at the counter looked at the (nice sturdy) wine box I'd put them in.
And shipping alcohol is a different issue - you cannot ship alcohol to many states, even if it's a person-to-person gift.

Lesley: I never had a problem with my mail carrier though I wonder who sets the priorities at the Post Office. Thirty people waiting in line and only one window open.
Dave: Mail rates are going up. They have to.
NC: I know there are stupid laws but perhaps the Post Office can get them changed. Can't pharmaceuticals get shipped by mail? Thanks for the comments.

I don't think I really appreciated the USPS until I was stationed in Sicily in 1988. At that time, I had to use the Italian/Maltese postal services to send a letter to a friend in Malta.

The ferry to Malta left less than 50 miles from my town and the trip took about 3-4 hours, departing twice a day, to get to the town in which my friend lived--so how difficult or expensive could it be to mail him a letter?

First, I found that even though I lived off-base in the town, there was no such thing as mail pick-up. Finding the Post Office was tough and forget the thought of any parking. Only one window was open--which must be a rule in Sicily to protect the service-person from the customers. That's because Sicilians (and perhaps all Italians) NEVER form lines. Instead, they create a semi-circular crush about the window and working your way to the front is like fighting through a rugby scrum.

When I did finally get to the window, I was informed the cheapest way to mail my little letter would cost me more than $2.50 (in lire, of course). Remember, this was 1988, so it seemed outrageous. Not only that, but I was told that it was unlikely to arrive in Malta if I didn't pay another 80 cents to pop up its "class" or "status." Or perhaps it was insurance?

After I paid the postage-plus-whatever, I slunk out with a new appreciation of our PS. To this day, I don't think they've lost any of my letters nor, to my knowledge, have they lost something I expected to receive. As Mario said above, $0.45 has provided reliable (by comparison to other countries) postal service--and we'll never find it this cheap anywhere else.

Laura: So true. In some countries, they have no concept of convenience or efficiency.

I have a post office I love to go to. Georgia has a combo post office/treasure shop that is a joy to meader. I don't mind waiting in line to mail anything as there is so much to look at and shop for while waiting. And Georgia is a doll, an absolute treat to visit with.
I have a love of the post office, if only because my dad's second career after retiring 21 years in the Air Force was as a postal carrier. He loved his route and his station and his peeps. Not all postal people are rude. If they are, report them and find a new station to mail from.

Vickie: Very nice comments. Thanks for stopping by.